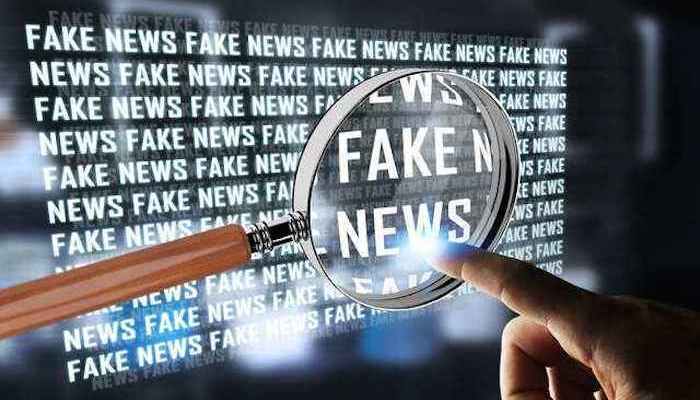 A report by the University of Baltimore and the cybersecurity company CHEQ revealed these startling numbers. This research discovered the “price paid in the form of both direct and indirect costs which collectively undermine the cardinal principle of trust that underpins market economies”. They showed that misinformation affects a myriad of industries negatively: healthcare, reputation management, stock markets, the media, election campaigns, financial information etc. The power of online presence can be bought too! A social media account with more than 250,000 followers, the researchers found, costs about $2,500. Unbelievable.

Apparently “$55,000 is enough to fund a Twitter attack that successfully discredits a journalist.” The outcome of a national referendum, trade agreements, country elections and national policies all could be influenced online with enough funding (approx. $400,000). More than 90% of South Africans and Nigerians had encountered fake news according to another study.

The cooperation of all stakeholders is required to successfully combat misinformation online. Civil society, tech companies, governments and educational institutions all have important roles to play. People everywhere are drowning in information. Misinformation can be regarded as both cause and effect, the chicken and the egg of these phenomena: the divisive nature of politics internationally, growing distrust of democratic institutions and the threat to democracy worldwide. The rapid dissemination of information characteristic of the information age is the engine. Governments and civil society must encourage citizens to be thoughtful civic actors not easily swayed by the bait of misinformation. Civic media literacy must become a priority. Educational institutions must provide curriculum that emphasize the development of critical and analytically thinking skills in students. Tech companies running online social media platforms need to establish ground rules of online engagement or ‘user behaviour contracts’ that penalize the spread of misinformation on their platforms. Governments must not be stuck in the false dichotomy of ‘censor’ or ‘allow’: governments must intervene to encourage the flow of genuine information and prevent misinformation undermining the democratic participation of citizens in society. Governments have the right to establish agencies that review the algorithms of social media platforms and their participatory policies for online consumers. Global tech companies must establish guidelines online inspired by global democratic and human rights declarations.

The move by Facebook establishing an Oversight Board is commendable, as this Board’s purpose is “to promote free expression by making principled, independent decisions regarding content on Facebook and Instagram and by issuing recommendations on the relevant Facebook company content policy.” This Board’s independence of judgment is key to its operations and function: it is funded by an independent trust and supported by an independent company different from The Facebook Company. The members of the board are carefully selected “for the diversity of their expertise and the quality of their judgement.” The Oversight Board includes a former prime minister, a Nobel Peace Prize laureate, human rights advocates, constitutional lawyers and the former editor-in-chief of a respected global newspaper.

Media/online literacy is critical. A 2018 paper on media literacy by Erica Hodgin and Joe Kane in the journal Social Education, revealed that many secondary school students cannot tell the difference between a real news story and an advertisement/sponsored content. Hodgin and Kane show that 84% of youth expressed the desire to learn how to discern the trustworthiness of online news and information. After civic media literacy training, 26% of youth interviewed were more likely to judge an evidence-based post online as accurate and an inaccurate post as inaccurate. Youth with no media literacy learning generally could not judge the difference between accurate and inaccurate posts online. Civic online reasoning was described in their paper as “the ability to effectively search for, evaluate, and verify social and political information online. Which includes the ability to identify who is behind a piece of information, to evaluate the evidence, and to investigate additional sources.” Other ‘soft skills’ are required: exercising ‘click restraint’, cultivating empathy and constructive engagement with other people online. Also important is that students need to always be conscious of the fact that their own opinions, biases and sensibilities may influence their evaluation of a claim being made online. “By understanding how their prior beliefs may elicit positive or negative feelings that bias their processing of information, students can work to ensure these triggered reactions do not eclipse their efforts to assess the accuracy and credibility of an argument.”

All stakeholders have roles to play. Civil society, tech companies, governments, educational institutions, as well as commercial enterprises, must contribute to reduce the continuous harm done by the flood of misinformation online. This responsibility cannot be left alone to governments or tech companies.

Omoregie is a fellow of the Institute of Management Consultants and a member of the IEEE Information Theory Society. uyiosa.omoregie@avramturing.com, @UyiosaOM (Twitter)

Personal branding in leadership and its impact on business

Education should be extracurricular inclusive Fashola