In ‘Skills Rather Than Just Degrees’, Pantami gives reality to his passion 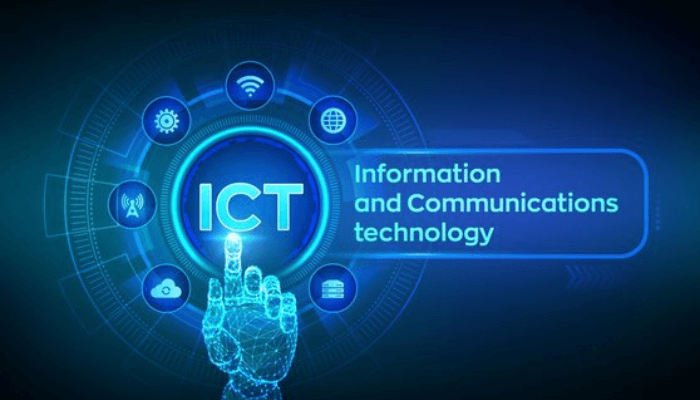 The ‘Future of Work in Information and Communication Technology (ICT)’ project of the International Labour Organization has for the past three years conducted in-depth research on anticipated needs for skilled ICT workers and formulating strategies to address labour shortages, including the scaling up of investments in ICT education and training, and better governed international labour migration.

This work, covering November 1, 2017 – June 30, 2022, focused on the digital economies of Canada, China, Germany, India, Indonesia, Thailand and Singapore. In a report, it said:
“Digitalisation is a key driver of change. As information and communication technology continues to advance and digital technologies are further integrated into sectors across our economies, the skills that are needed the most also continue to change and are increasingly in demand.”

Isa Ali Ibrahim (Pantami), minister of communications and digital economy, leaves no stone unturned in this regard. In every situation he has found himself in, he draws attention to the accomplishments of his ministry and documents these with fervour.

Under Pantami, the contributions of the ICT sector to the nation’s economy have been unprecedented. The National Bureau of Statistics said this amounted to 18.44 per cent in the Gross Domestic Product report for the second quarter of 2022, which is the highest in the history of the sector. In view of this, Pantami, leading the team at his ministry, and through the agencies under the direct supervision of the ministry, should be listened to and taken very seriously.

The icing on the cake of his public service has been his appointment as the professor of Cybersecurity at the Federal University of Technology, Owerri, by virtue of his many accomplishments.

Leadership is the core for any success in any organisation. Therefore, Pantami, without argument, is entitled to much of the credit for these accomplishments. For one with ideas and a strong passion, he has gone ahead to write ‘Skills Rather than Just Degrees’, a book that serves as a medium to influence minds to break away from traditional paradigms.

Pantami gives a succinct justification for investing his time, intellect and resources in the book, fittingly published by the Ibadan-based University Press: “To overcome the problems associated with the lack of skills, skills development must go beyond technical skills to include socioeconomic skills, cognitive skills and cross-cutting digital skills. In exemplifying international best practices in skills development for accelerating growth, the book considered case studies of leading countries, key cities and notable tech companies.” Further, in his introduction to the book, Pantami says: “I have been motivated to write this book due to my passion for promoting skills development and application in this information age.”

Experts and new entrants in the ICT sector will have a field day mining the seven chapters of the 134-page book for technical knowledge to enrich their intellect and boost their hands-on skills. A good deal of the knowledge will enable them to pass an examination. However, ‘Skills Rather Than Just Degrees’, as the title copiously indicates, will not be the real essence of Pantami’s effort in writing the book.

The President of Microsoft Corporation, Brad Smith, who consented to write its foreword, like its author, is aware that there are countless textbooks on the market written to prepare people for examinations. “This book, ‘Skills Rather Than Just Degrees’,” says Smith, “is written to emphasise and exemplify the potential impacts of skills in addressing the problems of unemployability, unemployment and underemployment. It is also to highlight the potential of requisite skills in facilitating the growth and profitability of companies, the establishment of new enterprises, in attracting foreign direct investment and improving people’s quality of life. Finally, it is also meant to stimulate discussion on possible public-policy responses necessary for further promoting the development and utilisation of relevant skills to boost the economy.”

Remarkably, Smith, co-author of ‘Tools and Weapons: The Promise of and Perils of the Digital Age’, a New York Times-adjudged bestseller, is just one of the experts who have read the book and have very glittering comments on its contents. According to Owunari Abraham Georgewill, a pharmacologist and vice chancellor of the University of Port Harcourt, the author’s recommendations in the book, “if implemented, would transform educational institutions with a focus on skills development, lead to the adoption of project-based learning, promote internship/mentoring, facilitate partnerships, promote investments in high-impact research and development and overall create business-friendly environment that would attract indigenous and foreign human resources into innovation and entrepreneurship in Nigeria and other development countries.”

No less effusive in his appraisal of the book is Sagir Adamu Abbas, a mathematician, educationist and vice chancellor of Bayero University, Kano, who remarks on the futuristic potential of the book, saying: “Although we may not anticipate the technology of tomorrow, this book has provided the idea to prepare for career success by focusing on the fundamental skills required for the changing times. The tools the workforce use today to execute jobs may be obsolete in the next ten to twenty years. However, hard skills one acquires, which are the major focus of this book, will last a lifetime.”

Its deliberate focus on skills enhancement for employment notwithstanding, the academic potential of ‘Skills Rather Than Just Degrees’ is not to be overlooked. It has a total of 19 figures and 20 pages of annotated references.