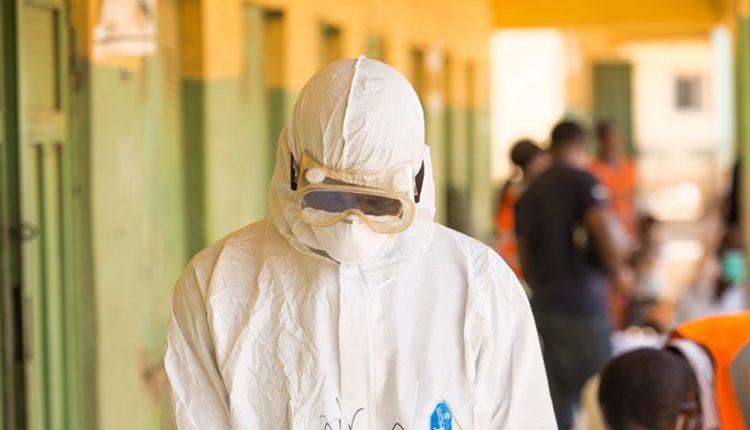 COVID-19 isn’t merely hurting lives and livelihood, it is weakening economic ideologies too.

The current pandemic, which initially began as a health crisis in Wuhan, China, has since become a global economic crisis. The lockdown restrictions, contraction in economic activities, crash in oil price and volatile global financial markets have resulted in a ‘crisis like no other’. Economists are working round the clock trying to decipher the economic fallout from the crisis, predict the shape and path to recovery for various economies and advise policymakers on the best practice for monetary and fiscal stimulus.

The tough job of being an economist in these uncertain times is further compounded by the weakening of decade old ideologies. The pandemic is provoking economic thought and stress testing beliefs. Economic theories are being questioned for their relevance in a post-pandemic world.

Some theories will survive the tide, some will become obsolete while others will be re-thought and re-branded:

Travel restrictions, closed borders, disrupted supply chains are shaking the foundation of globalisation. The great decoupling of the US & China is not helping matters. The pandemic that should have encouraged a collective and cooperative response has instead resulted in nationalism, reshoring of manufacturing hubs and stricter migration policies. Globalisation and interdependence of nations has been replaced with an ideology premised on the phrase ‘every man for himself’. This was further reinforced when the US bought the world stock of COVID-19 breakthrough drug, Remdesivir.

In a post COVID world, globalisation is unlikely to be completely eradicated as the key drivers – trade and information flows, comparative advantage, and economies of scale – will remain in high demand. The concept will however be rethought and may look slightly different. Countries that were hitherto on the hunt for cost reduction in setting up manufacturing hubs abroad will now also consider risk reduction. Economies will become less dependent on single supply chains and conversations may remain centered on reshoring manufacturing hubs from China, the “workshop of the world” in the near term. Companies looking to diversify their suppliers will shift to local suppliers even at higher costs. In addition, economic integration will take place on a less global scale and more regional (e.g., AfCFTA) and bilateral agreements may become more attractive.

Is economic populism so wrong?

The debate about the role of government in addressing market shortcomings is as old as time itself. The pandemic appears to have given pro-government intervention reformists all the ammunition they need.

Market failure is not a new concept. Markets are known to fail during economic downturns owing to a number of reasons including information asymmetry, moral hazard and speculation. A classic example is the 2008/2009 global financial crisis when junk assets emerged, risks were under-estimated and asset values over-estimated. This necessitated the need for government regulation.

The COVID-19 crisis is no different. As economies were locked downed and financial markets crashed, governments sprang into action to cushion the fallout of the pandemic. Stimulus packages, cash transfers and interest rate cuts became the order of the day. Whilst government intervention is essential now, pro market reformists are concerned that these bailouts will leave economies dependent even after the crisis fades. The bailouts will only lead to bloated debt stocks, keep inefficient companies in business and result in a weaker recovery path.

Are foreign aids so bad for developing economies?

The current pandemic has however stretched national finances of many African countries and left them at the mercy of multilateral agencies including IMF, World Bank and African Development Bank. Nigeria for instance, has secured a $3.4bn loan from IMF and is in the process of receiving another $1.4bn credit from the World Bank. COVID-19 aid has become a necessity in many countries for two primary reasons – to minimise the mortality rate of the infectious virus and to cushion the economic fallout and fill the fiscal gaps.

However, the measure of aid effectiveness may look different. The crisis presents an opportunity for developing countries to change the narrative about these aids ending up in the wrong hands. Fortunately, COVID-19 aids can be easily measured using evidence-based strategies such as testing levels, mortality rate and in the event of a vaccine, implementation levels. Going forward, tracking the money donated will depend on using technology to provide lenders with accurate real data base.

Obsolescence of the paradox of thrift

The concept of the ‘paradox of thrift’ was popularised by renowned Economist, John Keynes, right on the heels of the Great Depression. The concept advocates for increased consumer spending during an economic downturn. The uncertainties about job losses and earning capacity when economic activities contract makes consumers more inclined to save rather than spend. However, if everyone is saving at the same time, there is less demand for goods and services which subsequently leads to reduced output and pushes the economy deeper into the recession tunnel. The paradox of thrift may not be unconnected with Keynes popular idea that “in the long run, we are all dead”.

The ideology is however at risk of becoming obsolete in the post-pandemic world. Besides the fears of a job loss, consumers are also facing the added uncertainty of the health crisis and the likelihood of an accessible and affordable vaccine in the near term. Simply put, consumers are afraid about losing their jobs as well as contracting the virus. This has led to less spending on discretionary experiences especially those where social distancing may be difficult to maintain including cinemas, bars and restaurants. Incomes otherwise intended for holidays are also likely to be diverted to a savings account. Consumption led economies such as the United States will be amongst the hardest hit from a COVID-19 induced shift in consumer behaviour.