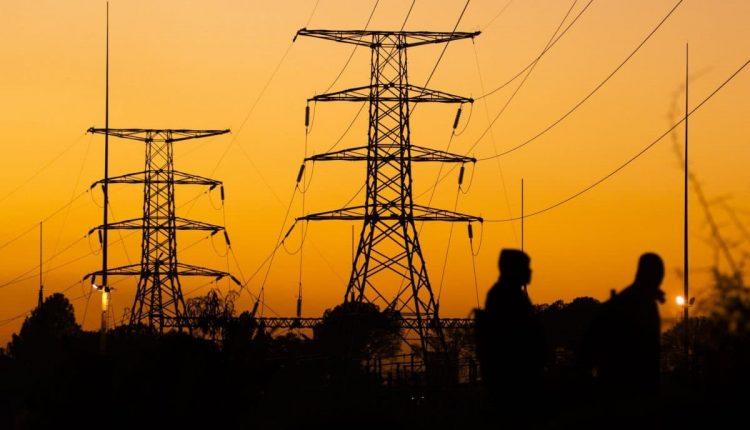 A Nigerian proverb says that if one does not know when rain started beating him, he will not know when it stops. To engage in an informed discussion aimed at proffering a viable solution to the ailing Nigerian Electricity Supply Industry (NESI), one must therefore first get a working understanding of the “electricity value chain”. Nigeria’s current grid-installed power generation comprises approximately 81 percent thermal (primarily natural gas) and 19 percent hydroelectricity. Renewables like solar, wind, and geothermal are negligible-to-non-existent, while nuclear generation is one that we are presently unprepared for. The focus of this article will be on gas-fired generation.

Nigeria’s electricity value chain, starts with gas production and culminates in the consumer. It shows energy starting from gas production to the end-user, while revenue is collected from end-users and used to pay each segment of the value chain i.e. power distribution (DisCo), power transmission, power generation (GenCo), gas transport (pipelines) and gas producer.

According to the US Energy Information Administration, out of Nigeria’s estimated 200.4 Tcf natural gas deposit, which ranks 9th in the world’s proven gas reserves, only about 21 percent is used locally while about 47 percent is reinjected or flared. Nigeria was ranked the world’s 5th largest Liquified Natural Gas (LNG) exporter in 2019, but 38th in local gas consumption. This suggests that although gas export is important for generating foreign exchange for the country, more concerted effort needs to be made to boost local gas utilisation to grow the local energy industry.

For over a decade, the country has not grown above an installed capacity of 12,522MW and a sustained actual generation of less than 4,000MW, which is a meagre 31 percent of the installed capacity. In the past 3 or so years, the Transmission Company of Nigeria (TCN) has made considerable but still insufficient effort to expand our transmission network beyond its current power wheeling capacity of about 5,400MW.

Finally, the eleven distribution companies (DisCos) are unable to distribute all the power sent to them and are indeed dealing with Aggregated Technical Commercial and Collection (ATC&C) losses that range anywhere from 45 percent to as much as 70 percent. This means that the DisCos are likely able to collect revenue for about 30 – 55 percent of the less than 4,000MW generated.

It is time for Nigerians to get serious about thinking of Nigeria beyond oil. We have talked of mass diversification into agriculture and manufacturing for many years. Without power and lots of it, it will remain just talk

For example, as at April 2020, the 11 DisCos received energy worth about N68 billion, but remitted only N9.8 billion to settle the rest of the value chain.

There is no simple way to say this, but the entire value chain is broken. From a low gas production for local consumption to an inadequate gas pipeline network that interestingly bypasses certain industrialised parts of the country where it is needed the most, to an insufficient transmission network, and finally, to our grossly inadequate distribution network with its aged infrastructure that serves less than 50 percent of the population, the value chain is broken.

According to a July 2016 PWC report titled Powering Nigeria for the Future, it is expected that Nigeria’s power generation capacity should be able to grow to at least 42,000MW by 2030. This is feasible because between 2005 and 2015, Vietnam with a population of 93.4million increased their generation capacity from 12GW to 40GW, i.e. a 236 percent increase.

There is a clear rationale for why the sector needs to be prioritised over anything else in order to jumpstart the economy towards sustainable organic growth, in favour of its current dependence on the cyclical oil industry, which accounts for 95 percent of its foreign income.

The government’s decision to privatise the NESI was the correct first step to getting the moribund sector working and waking its dormant economy from its 50-year slumber. The NESI is still not working for several reasons, which will be dealt with in subsequent articles.

It is time for Nigerians to get serious about thinking of Nigeria beyond oil. We have talked of mass diversification into agriculture and manufacturing for many years. Without power and lots of it, it will remain just talk. According to the Central Intelligence Agency, 50.9 percent of our 214 million people are between the ages of 15 and 54, making it potentially one of the most productive population concentrations in the world.

Without steady electricity to support proper industrial growth and creation of productive work, a large part of this population will either continue to wallow in poverty, emigrate to other climes, or turn to some form of crime to survive. About 45 percent of the population has access to grid power, which is epileptic in most areas. As of 2016, the electrification rate was 59.3 percent. With the population growing steadily, and available power remaining virtually the same for many decades, it is small wonder that the access rate continues to drop steadily.

There have been many proposals and interventions from the government from the Electric Power Reform Act of 2005 to the Transitional power market of 2015, and more recently much anticipated but now aborted tariff increase. Nigeria should try a different approach. The provision of electric power is not part of the government’s social responsibility to the people. Power is a consumable commodity like telephone credit, data, petroleum products such as PMS, kerosene, and diesel, etc.

Since it is a buyer’s prerogative whether to buy these commodities at the price offered by sellers or not, it should not be the government’s place to set the prices. Sellers decide what the price to charge for their commodities depends on their production and distribution costs, and buyers decide whether to buy or to look for cheaper options. This is what a true willing seller willing buyer market should be. Without proper pricing, quality products, including electricity would always remain elusive. The government’s role is to create an enabling environment for the sellers to produce and sell commodities, and it should focus on its role and let private companies and investors focus on providing the commodity, steady and reliable electricity in this case.

Regulations should be designed to encourage sectoral growth, but so far, they have not worked in the power sector, so it is time to do things differently. For investors to make the very large investment needed across the entire value chain, they need to be confident that the regulators will develop a workable set of regulations and stick to them, without the constant changes that render agreements that often take many months and lots of expense to generate, useless. Investors need the government’s firm assurance that agreements will be respected by all parties to them, including the government. Finally, incentive structures such as duty-free importation for power equipment, tax holidays, and some sort of liquidity guarantees that will protect investments from foreign exchange fluctuations will be key to attracting the hefty investments needed.

We cannot regulate something that does not exist. Nigeria therefore should allow and support the NESI to grow organically and properly serve Nigerians, the way the telecommunication industry was allowed and supported to grow. The only way to fix Nigeria’s broken power value-chain is to create a commercial basis for the operation of the industry so each point in the value-chain is boosted to play its role effectively.