Faithfuls in a COVID-19 world 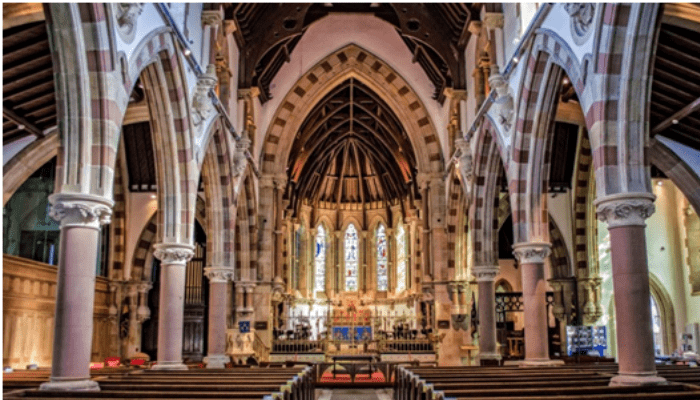 Should African governments reopen places of worship while the coronavirus still poses a significant danger? Who should bear the risks?

Alfred Adewale Martins, the Catholic Archbishop of Lagos, is a calming presence. He speaks in the measured tones of an intellectual who has to communicate with millions of faithfuls spanning the entire spectrum of knowledge. Watching him celebrate mass shows his struggle balancing the need to feed their spiritual health and the dangers posed by the coronavirus. The real challenge is how to manage the evident risks.

Many leaders in Africa are struggling with the same question with many of them hoping for a miracle. President John Magufuli refused to close the churches in Tanzania because “God is the source of all healing”. Pierre Nkurunziza of Burundi refused to lock down the country because “the country has put God first”. In Nigeria, Governor Okezie Ikpeazu’s strategy is that his state will be spared the wrath because “Abia is the only State mentioned in the Bible”. Given how poorly he runs his state, it is hard to decipher if he meant it as a joke. Governor Ifeanyi Ugwuanyi is not joking. He declares, with all seriousness, that “Enugu State is in the hands of God”.

The leaders who are not waiting for the celestial have resorted to more mundane but equally fantastic mitigations. Andry Rajoelina, President of Madagascar, is touting an herbal remedy he claims can cure the virus. Alpha Conde, President of Guinea, recommends a combination of hot water and menthol while the Governor of Nairobi, Mike Sonko, recommends Hennessey as a “throat sanitizer”. While adherents concur that Hennessey can induce celestial experiences, the producers of the cognac have distanced it from any magical claims over the virus.

Africa’s religious leaders have refused to be left out of this macabre dance. David Oyedepo, the founder of Living Faith Church Worldwide, a mega church in Africa, declared that anyone against the reopening of the church doors will die. Period! Chris Oyakhilome, the founder of Love World Incorporated, another mega church, claims that any faithful who is against the reopening of churches is not being “prayerful”; hence, not a good Christian.

Africa’s faithfuls are heeding the dog whistles. Poll data from NOI Polls show that while 99 percent of the Nigerians are aware of the coronavirus outbreak, 28 percent believe that they are immune to the virus. Of this number, 42 percent believe they are immune because they believe in God. In response to another question, 13 percent of the respondents are not concerned that they may catch the virus and 41 percent of that number hinge their confidence on their “trust in God to protect them from the virus”. Religion, that opium of the masses, is in full effect.

In these trying times, Africans are not the only ones resorting to this “opium”. Poll data from Pew Research show that 55 percent of Americans have prayed for an end to the coronavirus. This data include those who self-identify as “evangelicals”, “no religion in particular”, or “seldom or never pray”. One in four Americans says the pandemic has deepened their religious faith.

The pivot towards religion in these difficult days may be both a good and a bad thing. On the adverse side, the faithful can be more prone to risks as they are more likely to leave “in God’s hands” what fellow mortals can handle. For instance, over half of the cases in South Korea as of March 2020 were linked to the Shincheonji Church of Jesus where Lee Man-hee, the founder of the church, claims to be incarnate of Jesus Christ. What’s the point in physical distancing when one is close to Christ?

On the positive side, there is evidence that religion helps people cope with stress. The faithful believe in a higher being who can take away their malaise. This hope is great in times of distress. Likewise, the social support from co-believers makes it easier for the faithful to deal with adversity. These positives are part of the reasons why African religious leaders want their places of worship to be reopened. They claim that in-person participation is critical for the spiritual health of the faithful.

Despite the foregoing reality, many African governments have no option but to gradually reopen their economy for fear that many more may die from hunger than from the virus. The tens of millions of daily wage workers in Africa can’t afford to stay at home for much longer. Like Nigeria that can’t sustain palliatives to the over 100 million people living in abject poverty, many African countries know they don’t have enough fuel to go on the palliative journey.

Seeing the decisions that are being made on the economic front, African religious leaders are arguing that their places of worship should be reopened as the people need as much spiritual nourishment as they need physical food. The question, therefore, should be who would bear the risk? Who would be responsible for ensuring that the guidelines for physical distancing are strictly adhered to?

The government should work closely with the religious leaders to ensure they fully understand the immensity of the risk. Evidence emerging from mosques in northern Nigeria shows how difficult it is to maintain physical distance. Old habits die hard. But this is not an African thing. A choir in Washington State in the U.S. tried to maintain physical distance during their rehearsal yet, 45 out of the 60 members became infected with the virus.

Religious leaders should explore other less risky avenues for providing their services. The capabilities of the internet, television, radio, and phones should be maximised. Both large and small religious organisations can use the same media although there is evidence that the latter will suffer more.

Many religious organisations will suffer financial challenges given a significant drop in in-person participation during the COVID19 lockdown. Churches, like every other business, have to go back to redefine what value means for their customers. The organisations that can quickly figure out how to deliver value through the online platforms will win in the money-haul.

Another nagging concern is the fear that the abrupt move to virtual platforms may negatively impact in-person attendance at the end of the pandemic. While there is still no definitive data to address this question, a review of Pew Research data on church attendance in the U.S. does not expects a significant change in attendance. Per capita, Africans are more religious than Americans so we can expect the faithfuls to return to their places of worship at the end of the pandemic.

This topic is difficult because it straddles the chasm between faith and reason. Most people understand that the things of the spirit can’t be intellectualised. However, while the coronavirus is as invincible as the devil, its existence is more empirical. Thus, this topic calls for more reason than faith.

Okigbo III is the Founder and Principal Partner at Nextier. His research interest is in figuring out pragmatic answers to Africa’s difficult development and governance challenges.

COVID-19 and stock market volatility in Nigeria: Would equity derivatives have made…

COVID-19 and stock market volatility in Nigeria: Would equity derivatives have made any…

COVID-19 and stock market volatility in Nigeria: Would…

The need to transform your businesses to succeed in the post…