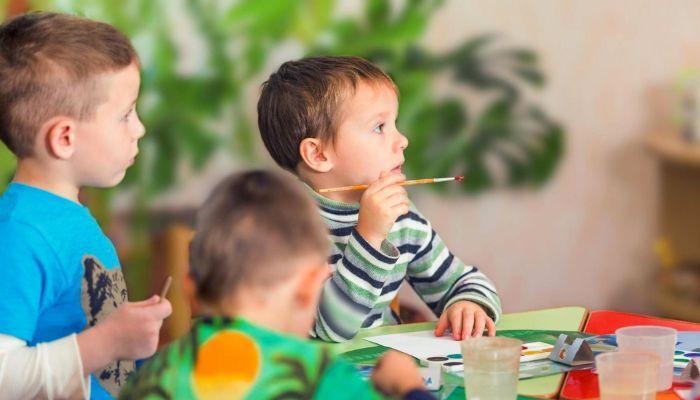 Former US Secretary of State, Hillary Clinton, encompassed an uncommon agenda in her manifesto during the presidential campaign in 2016 to succeed Barack Obama.

Unfortunately, the ambition hit the brick wall due to a strange political system in America which empowers ‘Electoral College’ that consists of 538 electors to supersede, override the popular will.

The Electoral College confers any candidate that scores 270 votes victory irrespective of scores at the poll. The absurdity deprived Clinton her landslide victory at the general poll, beyond that, contradicting the principle of true democracy vis-à-vis electoral franchise.

During that campaign, Clinton said, “If we want our children to thrive in tomorrow’s economy, we must invest in our children’s future today, starting with our youngest learners, especially those from our most vulnerable and at-risk communities”.

She categorically vowed to revamp early childhood education (ECE) towards grooming a new breed of society such that in about 50 years’ time, could birth a stronger world. The insight points to gaps over the years.

Few years later, precisely on 6 January, 2020, her worries manifested publicly as sponsored thugs invaded the US Capitol and attempted to violently overturn the victory of Joe Biden, which nearly set America in flames.

By the class of the actors including the then US President, Donald Trump and scores of citizens, Clinton’s discernment to investing massively in early childhood education towards producing a well-developed society was logical.

In the recent release during her 75th birthday on 26 October, 2022, she reiterated, “Nearly 60 percent of children in the United States start kindergarten unprepared, and need interventions for success in school and in life”.

If this is the situation in a top-ranked nation like America, imagine a developing country like Nigeria with a gross deficit on funding to education and childcare due to meagre resources.

Suffice to say that thinking outside the box remains a realistic means to remedy the deficits, thus, the Reggio Emilia approach comes to bare. The approach places a demand to collaboratively, disturbingly invest on childhood education as children’s solid development determines the future of any society.

Reggio Emilia is a cosmopolitan city of about 130,000 people in the Emilia Romagna region of Northern Italy. Over the past 50 years, their school system has spawned an innovative method of preschool education that has become famously known as the Reggio Emilia approach.

It believes that parents and the wider community have collective responsibility for children through an inclusive, village-style approach that engages children, parents and the community as all being essential components to the learning process. Essentially, it inspires children to present their ideas and learning in diverse forms: art, drama, dance, music and others, other than just numbers and letters.

From statistics, fewer than 1 in 3 children ages 3-4 attend early childhood education (ECE) globally. In Nigeria, over 1 in 3 children, that is, 36 percent attend. Overall, at least 10 million children are not enrolled in ECE nationwide. This submits that large inequalities persist: 8 percent of the poorest children versus 78 percent of the richest children. Thus, bridging the gap calls for concerns considering ECE compelling benefits.

However, the ‘Learning through play’ method, a UNICEF intervention, is visibly changing the narrative, and has led to a teacher-pupil ratio of 1 to 150 at Ali Fodio Primary School in Boginda Local Government Education Authority (LGEA) in Sokoto State in the northwest Nigeria.

Incidentally, the caregiver no longer copes with the upsurge which now negatively affects the children’s quality learning. Apparently, the children’s response to the use of local available tools in teaching/learning in Early Childhood Care Development & Education (ECCDE) centers is reassuring as the playing utensils instinctively attract children.

Appraising the outcomes, UNICEF communication specialist, Dr. Geoffrey Njoku said, “It is important that play-based learning be completely inculcated in the education national curriculum”. Similarly, UNICEF Education Specialist, Yetunde Oluwatosin reassures, “When a child is able to play within his/her environment, with the things that are available there, playing with their peers and also looking at adults as well, they are able to develop cognitively, socially, emotionally and physically”.

To this end, what must be done to sustain the drive? Development and humanitarian support are necessary for capacity building, appropriate curriculum and provision of adequate teaching, learning and essentially, playing materials. Ditto parental and community engagements alongside corporate bodies as partners in early learning. Likewise, expanding it to the underserved and marginalized areas, strengthening continuous teacher professional development, and expanding community provisions for ECE are vital.

Read also: How Dufil lifts the visually impaired through investment in education

Scientific research over the past 30 years maintains that the most important period of human development is from birth to eight years old. During these years, the development of cognitive skills, emotional well-being, social competence and sound physical and mental health builds a strong foundation for success well into the adult years.

Significantly, in early childhood, learning through play is pertinent as it enables learning to take place at an amazing speed, and has proven to be a magic wand to school enrolment alongside retention as children spontaneously, cheerily learn critical skills and develop as they play.

Furthermore, early childhood is a critical period for stimulating the environment, when adequate nutrients, social interaction, and billions of integrated neural circuits are established. At the same time, a child develops the capacity to relate to others, learn and solve problems, alongside positive learning, health, well-being and economic outcomes throughout life.

The ECE is aimed at ensuring that children enter primary school at developmentally appropriate levels of school readiness; readiness to learn for optimal outcomes, so, early childhood education should be augmented.