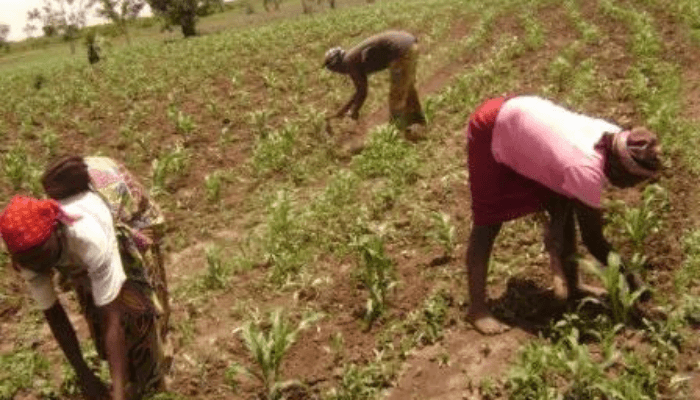 The Covid-19 pandemic has resulted in disruptions and devastating effects across the globe. Nigeria, which is Africa’s largest economy in terms of Gross Domestic Product (GDP), has not been spared from its effects either.

Prior to the emergence of the virus, the Nigerian state has been confronted by several security challenges which pose a threat to the food supply chain across the country. Some of these threats include the Boko Haram insurgency in the troubled Northeast region in addition to the activities of armed bandits and other organised criminal gangs in the Northwest and Northcentral regions of the country. Both the Northwest and Northwest regions are also significantly affected by the protracted herder-farmer conflicts which have claimed the lives of many in the affected local communities.

In the country’s Southwest region, the proliferation of kidnappers, armed robbers and cultists continue to threaten the lives of the inhabitants of the region. Similarly, the re-emergence of militancy in the South South region of the country has reignited fears and concerns over safety amongst citizens. The Southeast region of the country has not been spared given the heinous activities of the Eastern Security Network (ESN) which imposes sit-at-home orders. These issues continue to have adverse effects not only on human lives but also on the supply chain, specifically as it relates to food production and distribution.

The effects of the Covid-19 pandemic on food insecurity in the country’s northern region, which has a high concentration of poverty has meant that during the lockdown measures which were introduced, most farmers were unable to gain access to their farmlands. Where they were able to do so, they remain confronted with the possibility of suffering in the hands of armed bandits or terrorists, through kidnappings for ransom.

Over the past couple of years, kidnapping for ransom in Northern Nigeria has become a major source of raising revenue by armed bandits and terrorists. In the Southeast region for instance, complying with ESN’s sit-at-home orders has meant disruptions in commercial activities leading to significant financial losses.

Most farmlands in the Northern region and across the country are concentrated in the rural areas, where there is minimal government presence. The implications of this in the event of an attack on farmers is that they very often are not able to gain access to security. The long-term effects of this on the food supply chain are food shortages which could force the prices of foodstuffs to go up and subsequently lead to a food crisis. This portends great danger for the country, especially given its current struggles with double digit inflation rates and a forex exchange regime that remains inconsistent.

As the country gradually eases out on some of the restrictions imposed on citizens as part of efforts to mitigate the effects of the COVID-19 pandemic, it must take concrete steps to avert an impending food crisis especially in the most vulnerable and affected regions. Doing so requires that adequate attention is given to the food supply chain from production to distribution, as well as access to markets.

Some of the ways in which the Nigerian state can address these challenges includes deploying early warning systems in marketplaces. The utility in the deployment of such mechanisms would ensure that farmers who play an important role in meeting the country’s food supply needs are able to report impending attacks to the security forces. Beyond this, what is even more important is ensuring that the distance between harvest locations, wholesalers and retailers across the supply value chain is significantly reduced. This would also serve to address the other attendant issues associated with loss of perishable agricultural produce owing to lack of proper storage facilities.

No doubt, some of these proposed interventions would be cost effective and as such, there is a need to foster public private partnership towards bridging the financing gaps in this regard. Time is of the essence, given the consequences for both human lives and livelihoods across Nigeria.