Child marriage: A cause for concern 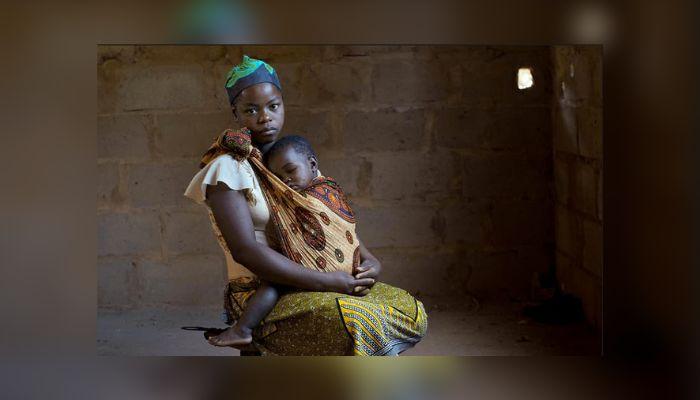 The Multiple Indicator Cluster Survey (MICS) carried out in 2021 by the National Bureau of Statistics (NBS) as part of the Global MICS Programme in Nigeria, and International Multi-Purpose Household Survey Programme for supporting countries in collecting data on children and women is practically expedient. MICS measures key indicators that allow countries to generate data for use in policies, programmes, national development plans, and to monitor progress on the Sustainable Development Goals (SDGs) alongside other internationally approved obligations.

The technical support by the United Nations Children’s Fund (UNICEF) and governments’ funding alongside financial grants from Bill & Melinda Gates Foundation (BMGF), Gavi (The Vaccine Alliance) and UNICEF, which facilitated the survey cannot be overemphasised.

The pensiveness, teamwork are a profound one and demand sustainability considering the inestimable value of the task. For emphasis, children are the future of every society, and for any oversights on children today, the society is booked for grave consequences in tomorrows, for example, the life-threatening mayhem, insecurity predominant in the country today.

To summarise it, the then Secretary-General of the United Nations, Kofi Annan, once said, “To educate girls is to reduce poverty.” Thus, across the world, girls’ well-being is a priority. Regrettably, child marriage poses a great threat against this popular demand in some climates including Nigeria.

However, at a media dialogue in Port Harcourt, Rivers State recently, the UNICEF ‘Chief of M4R’ (Measurement for Results), Claes Johanson firmly emphasised that UN target is to achieve a zero-child marriage far and wide.

Now, to meet the target, a legal reform is important as the major challenge to accomplishing the plan is subsistence of diverse legal regimes on ‘child marriage’ in the country thereby encouraging people to choose the one that suits their individual desires. For instance, while the Child Rights Act in Article 1 defines a child as a person below the age of 18, the Nigeria’s Criminal Code (Laws of the Federation, FRN) in Section 362 only proscribes abduction of girls under 16 arguably same as child marriage. Ditto to Section 218 of the Criminal Code which prohibits carnal ties with a girl of below 13 as unlawful.

Then again, the Penal Code applicable in Northern Nigeria in Section 282 (1) approves child marriage after age of 14. In fact, a sign of ‘puberty’ is the threshold in determining the capacity of a girl to marry in the north, and not age. To worsen the situation, no state in the federation is bound to adopt the CRA (Child Right Act) on account that an Act is a federal law, except the Federal Capital Territory alone, and therefore, states that have adopted it as their CRL (Child Rights Law) did so by discretion.

Divergence in federal and state legislations on child marriage is a critical issue that must be addressed. The reason is that a child in the FCT remains a child in the north, south, everywhere, and should be treated alike. There’s a necessity for consensus, and therefore direly demands the attention of policymakers.

Unequivocally, marriage before the age of 18 is a violation of human rights, regardless it remains a reality for many children. The right to ‘free and full consent’ is recognised in the Universal Declaration of Human Rights with the understanding that a consent cannot be ‘free and full’ when one of the parties is a minor, and not sufficiently mature (lacks capacity) to make an informed decision about a life partner. In the SDGs, child marriage is notorious as a harmful practice which the world should aim to eliminate by the year 2030.

No doubt, underprivileged parents encourage the marriage of their daughters while they are still children hoping the marriage will bring fortunes and social benefits. But in actual fact, child marriage compromises the development of girls and often result in early pregnancy and social isolation, with little education and poor vocational training reinforcing the gendered nature of poverty. Obviously, child marriage does more harm than good to a life of a girl. Apart from exposing girls to health hazards, it robs them of the opportunity to gain education, ultimately renders them unemployable, and mostly enslaves them to become liabilities.

The benefits of good and sound education for girls cannot be overemphasized as it produces educated women who in turn ensures sound education for their children. Economic empowerment of girls/women makes them independent and confident, and positions them adequately to contribute to economic growth of a nation. Many female high-fliers around the world including Tolulope Sarah Arotile, the first-ever female combat helicopter pilot in the Nigerian Airforce who unfortunately died by a car accident on July 14, 2020, at age 24 attests to this. What a great loss to the female world and society at large. May her soul rest in peace.

Suffice to say that through a quality education to girls, many would also turn out to become high achievers in diverse vocations the societies will be proud of. Furthermore, for a healthy life of a family, an educated woman understands the importance of hygiene, nutrition and health much more than uneducated women.

According to the United Nations Educational, Scientific and Cultural Organization (UNESCO), “education and poverty eradication are inextricably bound”. Thus, ensuring that girls complete primary and secondary education (likewise boys); a target of the 2030 Agenda for Sustainable Development is a prerequisite for combating poverty, empowering women, economic growth, protecting children from hazardous and exploitative labour and sexual exploitation. Thus, a brainstorm to collectively, uniformly get rid of child marriage now is imperative as it has no justification.