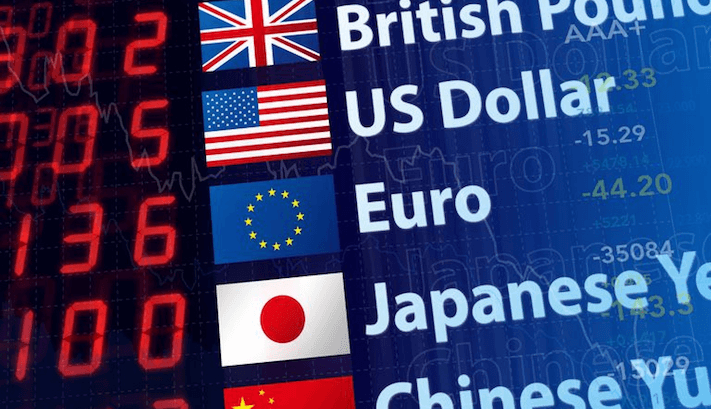 The decision by the Central Bank of Nigeria (CBN) to stop the sale of foreign exchange (Forex) to Bureau De Change (BDC) operators due to the reported abuses that have characterized their transactions since the commencement of regular issuance of up to $10,000, twice a week or thereabout by the Apex Bank, has, expectedly, been eliciting mixed reactions.

While some commentators have responded to the policy from the perspective of the immediate shock of the stoppage of Forex sales to the BDCs in the market and, are, therefore, advocating for a return to the status quo, many are applauding the CBN’s stand given the wider long-term benefits of the ban on the economy.

No one expected that the reactions in the market will be utterly jubilant given that the immediate shock resulted in the fall in the unit of our local currency, and spike in the dollar exchange rate particularly at the parallel market, just within days of the introduction of the policy.

Before now, the CBN’s motivation to sell FOREX to the Bureau De Change operators was mainly for ease of access to the end-users, conserve the seemingly scarce Forex and then strengthen the Naira. But according to CBN figures, this rather led to the astronomical growth of the number of the BDCs in the country from mere 74 in 2005 to over 5,500 BDCs as at July 27, 2021. Many believe that if the quantum leap in the number of the BDCs (5,426 in 16 years) had reflected real growth in that sector and the economy, and also supported the attainment of the CBN’s targeted objectives, there would not have been any serious cause for concern.

Rather, from the reasons adduced by the CBN, the increase was informed by selfish interests and the perpetuation of illicit transactions, which are antithetical to Nigeria’s socioeconomic growth and a negation of the apex bank’s monetary policy projections. For many years, the activities of some of the BDCs have continued to undermine genuine efforts at stabilizing the local currency – which informed CBN’s commencement of weekly sales of FOREX to the BDC operators. It is a known fact that the apex bank had been supplying each licensed BDC upwards of $10,000 twice per week at the rate of N393 with a mandate to sell with a margin of N2.

Instead of easing access to FOREX and enhancing the exchange rate of the Naira, the BDC operators have engaged in round-tripping and hoarding of FOREX thereby creating artificial scarcity to sell at higher than approved rates, thus serving as conduit pipes for money laundering and indulging in many other illicit transactions not envisaged by the CBN.

It is also anticipated that the policy will reduce the prevailing pressure on foreign exchange, as end users are now assured of availability and ease in accessing Forex within banking hours and at official rates

The further negative implications of the compliance failures of the BDCs include but are not limited to the dollarization of the Nigerian economy and subversion of the cashless policy. There is also wide evidence of common ownership of several BDCs by the same operators in the sector, in order to obtain multiple FOREX from the CBN as well as continued patronage of illegal BDCs by international organizations and embassies.

These unwholesome activities were the build-up to the ban on sales of FOREX to the BDCs as announced by the CBN Governor, Godwin Emefiele, after the Monetary Policy Committee (MPC) meeting, which held on July 27, 2021. Some are of the opinion that it would have amounted to insensitivity had the CBN turned blind eyes to these anomalous practices, which have derailed the good intentions that informed the CBN’s regular sale of FOREX to the multitude of BDCs at discounted rates.

In the words of Emefiele, “Despite the fact that Nigeria is the only country in the world today where a central bank sells dollars directly to Bureau De Change operators, operators in the Nigerian Bureau De Change segment have not reciprocated the bank’s gesture to help maintain price stability in that market. Given this behaviour, it is not surprising that since the CBN began to sell foreign exchange to Bureau De Change, the number of operators has risen from a mere 74 in 2005 to over 2,700 in 2016 – and almost 5,500 BDCs as of today (July 27, 2021).

“In total disregard of the difficulty that the apex bank is facing in meeting its mandate of maintaining the country’s foreign exchange reserves to safeguard the value of the naira, we have continued to observe that stakeholders in some of the sub-sectors have not been helpful in this direction. In particular, we have noted with disappointment and great concern that our Bureau De Change operators have abandoned the original objective of their establishment, which was to serve retail end users who need $5,000 or less. Instead, they have become (illegal) wholesale dealers in foreign exchange to the tune of millions of dollars per transaction.”

The additional disclosure by Emefiele, that the CBN constantly receives nothing less than 500 new applications for BDC licenses every month, indicates that there is more than meets the eye in the business of BDCs as currently operated in Nigeria.

While constructive criticisms are necessary for the shaping and re-shaping of policies, the unusual increase in the number of interests in securing BDC licenses, as reported by the apex bank, should also be of interest to those opposing the recent ban, aside from the players and their sponsors who have been benefiting from the ‘anomaly’.

It is against this background that the change in CBN’s policy direction to sell FOREX to Deposit Money Banks (DMBs) and to retain them as FOREX retail outlets in the country should be given a chance. And not a few have applauded the shift. They contend that apart from halting the prevailing anomalies and illicit transactions inherent in the operations of the BDCs, it will conserve the colossal waste of scarce FOREX in funding operations of the BDCs. With the recent decision, there appears to be a consensus that the apex bank has streamlined FOREX transactions and brought it under its full control to enable it properly monitor, achieve operational transparency, garner operational compliance to the regulatory framework, ensure accountability on sales of FOREX as well as achieve financial stability.

It is also anticipated that the policy will reduce the prevailing pressure on foreign exchange, as end users are now assured of availability and ease in accessing FOREX within banking hours and at official rates. In addition, it is believed that it will protect the end-users from arbitrary exchange rate manipulations by the BDCs. Apart from conserving the waste of FOREX, with the new policy direction, CBN is expected to conserve the nation’s foreign exchange earnings from crude oil sales and build the nation’s foreign exchange reserves, which has not reflected the appreciable increases in the price of crude oil sales.

Knowledgeable commentators such as the past President, Association of National Accountants of Nigeria (ANAN), Sam Nzekwe and Uche Uwaleke, a professor at the Nasarawa State University and Capital Market Expert, amongst other pro-ban advocates have in their various interventions since the new policy, commended the CBN’s decision. They have further advised that the BDCs should source their monies themselves having deviated from their core roles and resorted to undermining their privileges by involving in illegal dealings.

According to Sam Nzekwe, BDCs are meant to service travellers with little FOREX needs that did not have time to go to the bank, and can just stopover at the airport to buy a few dollars and travel with it. “The CBN was allocating Forex to them, which was a wrong decision, and it is a terrible thing. That is why they encouraged round-tripping,” he said.

Professor Uwaleke, on his part, said the ban’s positive attributes include its consistency with moves by the CBN to unify Exchange rates and bring more transparency to the Forex market.

“Exchange rate unification is in line with the IMF and World Bank’s recommendations and so improves the country’s profile and credit standing before International financial institutions. It signifies that the country is serious in its reform efforts,” he said.

According to him, it will also slow down the rate of depletion in external reserves. Furthermore, speculative demand for Forex is likely to reduce.

Although, some other people have expressed fears that the current policy will lead to job losses within the BDCs sector, there is a need to look at the bigger picture of the policy’s upsides. The reality is that the BDCs were not shut down, rather they are now required to seek alternative sources of Forex to fund their operations. Apart from this, Deposit Money Banks are expected to expand the scope of their operations; implying that what could be considered a loss to the BDCs could translate to gain in the banking sector.

The bottom line is that, the long-term benefits of this new policy by the CBN are targeted at financial system stability and overall economic growth.