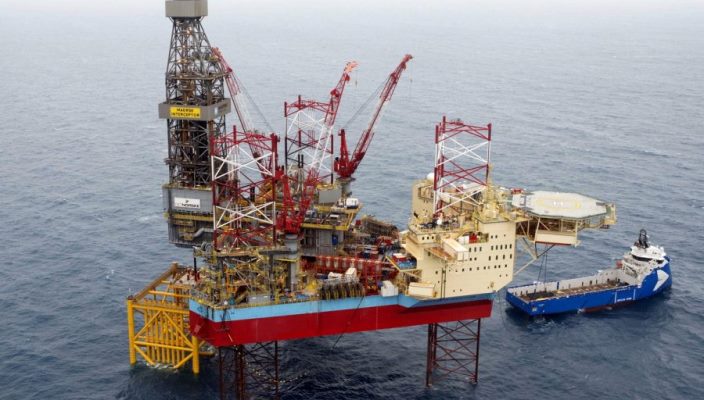 The decision by President Muhammadu Buhari to overrule the Department of Petroleum Resources (DPR) on the revocation of Addax Petroleum’s Oil Mining Leases (OMLs) 123, 124, 126 and 137 is quite instructive and significant in the context of the interplay of variegated interests in the determination of the bigger picture as exemplified by the survival of the national economy.

It is quite instructive because it has shown that for Buhari, personal interest is neither here nor there, absolutely having no place in this critical business consideration that has implications for national economic sustenance. It is also remarkably significant because the approval has bolstered the contemplation of national interest over and above other ancillary interests.

President Buhari could have pandered to the temptation to protect some vested interest at the expense of the survival of the national economy, obviously for filthy lucre- what he did not do over three decades ago as Federal Commissioner of Petroleum Resources and Head of State when he was much younger and would have needed mega bucks to service a load of mundane things and earthly acquisitions.

For clarity of context, let us consider the development and the trajectory. The DPR had on March 30, 2021 revoked the licences belonging to the federation. But in a statement issued on Friday by the Senior Special Assistant to the President on Media and Publicity, Garba Shehu, the President directed the DPR to retract the letter of revocation of the leases.

He had also directed the NNPC to utilise contractual provisions to resolve issues in line with the extant provisions of the Production Sharing Contract arrangement between NNPC and Addax. The restoration of the blocks to Nigerian National Petroleum Corporation (NNPC) is expected to boost the organisation’s portfolio, thereby making the Corporation to, in the long run, boost its crude oil production and in turn increase the revenue it generates to the Federation Account.

This is the real McCoy undergirding the President’s decision that should make every well-meaning Nigerian who craves the survival of the national economy very proud. This is the pristine definition of patriotism.

The Presidency also realised that the President as an individual had taken a decision that would, define it and the administration, as a leading exemplar in the utilitarian management of public assets and finances for posterity. Its statement on the issue was therefore, very clearly and confidently presented. Read it: “In line with the current administration’s commitment to the rule of law, fairness and enabling a stable business climate for investment, President Muhammadu Buhari has approved the restoration of OMLs 123, 124, 126 And 137 leases to the Nigeria National Petroleum Corporation which is in Production sharing contract with Addax Petroleum (a company wholly owned by Government of the People’s Republic of China) on the blocks.

“The leases belonging to the Federation were revoked on March 30, 2021. This development reaffirms the commitment of President Buhari to rule of law and sanctity of contracts. While directing the DPR to retract the letter of revocation of leases, President Buhari also directed the NNPC to utilise contractual provisions to resolve issues in line with the extant provisions of the Production Sharing Contract arrangement between NNPC and Addax.”

According to him, “Addax refused to develop the assets and Addax was, therefore, not operating the assets.” He provided a legal context for the company’s indiscretion in this regard. He stated: “Going by the country’s Petroleum Act, the first reason for a revocation is when you discover that the asset is not being developed, according to the business guidelines, because it is economic sabotage…. You (Addax) know the potential of the asset, but you refused to develop it. This state of underdevelopment is against the principle of the Petroleum Act and constitutes revenue loss to the government.”

For Auwalu and the DPR, the action taken against Addax was due to a lack of investment by the company. The consensus was that this negated the spirit of the Petroleum Sharing Contract. Besides, consider this: “One of the assets – OML 137 – holds a gas reserve of more than three trillion cubic meters. This has the potential for us to increase our gas reserve and it can support the integration of gas development of the asset. The entire OML 137 holds about five tcm in two key reserves, but the company failed to develop this asset in line with the government’s gas revolution policy and it was, therefore, necessary to take a step to attract willing and capable investors to undertake the development of the assets both for our domestic use and exports.”

Read him again: “There has also been significant gas flaring in all the assets, with no viable gas monetisation solution in place – either for domestic or export – which is contrary to our desire to make our economy’s gas-based by 2030. Above all, Addax has never supplied gas to the domestic market, even though they were given domestic gas supply obligation.”

Auwalu stated that the revoked licences had been awarded to Kaztec and Salvic Consortium after due process, based on the same terms and conditions given to Addax. This is where the intervention of President Buhari has become quite significant in the larger picture of preserving national interest in the context of sustained bilateral relations with China. The President’s consideration is with his thinking cap on and his action has been considered spot on.

Indeed, in the handling of the OMLs 123, 124, 126 and 137, and other such investments, just as the president had done, national interest must be factored in to ensure sustained attraction of Foreign Direct Investments (FDIs) into the country. As more businesses close or declare shutdowns and wage cuts as a result of the devastating impact of COVID- 19 in 2020, It is important for the Federal Government to intervene in protecting foreign investments to save jobs and propel growth in both short and medium terms.

Analysts say that nothing buttresses that fact more than the bold move by President Buhari in aborting the illegal revocation of OMLs 123, 124, 126 and 137 belonging to the NNPC under a Product sharing contract with Addax Petroleum, a company owned by the People’s republic of China. China, the Parent Country of Addax is the largest trading partner of Nigeria representing over 20% of international trade and almost 3 times the next largest trading partner. Chinese investment in Nigeria’s oil and gas sector is worth over $16 billion in addition to other investments of over 160 Chinese companies in the country employing over 200,000 Nigerians worth over $20 billion and still counting. In addition, China also provides financing for key infrastructural projects like the railways, Abuja-Kaduna-Kano Pipeline, amongst others.

Certainly, Nigeria needs a partner like China and the revocation of the Addax leases would have resulted to serious reputational damage to the country with possible dire unintended diplomatic consequences. Kudos Mr. President for rising up to the occasion! The overriding of DPR on the four oil blocks by the President and restoration of ownership to the NNPC is in apple pie order and commendable.

.Abegunde writes in from Lagos