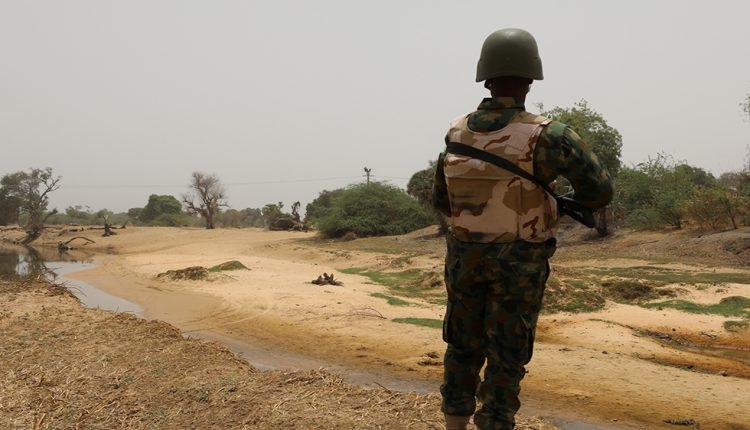 Share
These, indeed, are unusual times for mankind. Like never before, natural disasters, poverty, hunger, international conflicts and many other strange occurrences are helplessly starring man in the face. There is, perhaps, no other time in history when the ability of man to dominate his environment has been so fiercely challenged than now.

Today, the major news items that dominate the airwaves and other communication channels leave much to be desired.

For some time, terrorism has posed a major danger to global peace. Perhaps, the most bizarre act of international terrorism in the history of mankind occurred on September 11, 2001, in a set of well-coordinated attacks on the United States of America, when in an uncommon display of evil genius, terrorists hijacked civilian airliners to attack the World Trade Center towers in New York and the Pentagon in Washington, DC.

Before now, in Nigeria, terrorism is alien to our culture. But occurrence in recent years have since altered the equation. No thanks to the dastardly acts of the Boko Haram sect, Nigeria is, today, a focal point of global terrorism activities. Through a series of bloodletting operations, unrivalled in the annals of the country, the sect has become a recurring nuisance to the well-being of the country.

To underline its wide acclaim as a globally recognised terrorist body, the sect was designated by the U.S. Department of State as a terrorist organisation in 2013. In the first half of 2014, Boko Haram killed more than 2000 hapless civilians, in about 95 attacks.

A recent research claimed that Boko Haram attacks have left at least 12,000 people dead and 8,000 crippled in the last twelve years, while thousands have fled their homes for fear of the insurgents.

Perhaps, the most audacious act of the evil the sect has perpetrated in the country was the abduction of over 260 secondary school girls from their school, Government College, Chibok, Borno State in 2015. It was an act that was widely condemned across the world.

As the nation continue to grapple with the arduous task of containing the activities of Boko Haram in the country, out of the blue came yet another danger of a different dimension, but with an equally potent capability to waste human lives. Take the back seat Boko Haram, enters COVID-19 pandemic.

Since February 25th when the index case of the deadly Covid-19 pandemic was confirmed in Nigeria via an Italian, there has been a steady increase in the figure of infected people.  As at 11:45pm, on Thursday, March 21, the country has 7,016 confirmed cases of the pandemic with 211 fatality.

The rising profile of the pandemic in hour country is particularly dreadful, considering our huge population and weak medical system. Logically, this should give everyone a cause for worry. The need to put up a common front against the spread of deadly virus can, thus, not be over-emphasised.

It is quite pathetic, however, that many still regard the evil virus a hoax, claiming it is not a black man’s ailment. Ignorantly, many have equally labelled it a rich man’s pandemic. In many parts of the country, people still conduct themselves without regard to social distancing and other preventive measures put in place to contain the spread of the pandemic. But the truth is that the virus is real.

The way things stand, there seems to be a thin line between Boko Haram and the Coronavirus virus. Both are agents of death.  Both delight in causing fear. Similarly, both have no respect for international borders. Boko Haram has spread its tentacle across African nations such as Nigeria, Cameroon, Sudan, Niger and Chad. In like manner, the deadly COVID-19 virus moves across nations without visa.

Also, like Boko Haram, Coronavirus has little or no respect for social classification as they both kill the rich and the poor, the learned and unlearned, the beautiful and the ugly, the innocent and the guilty.

Equally, they both regale in inflicting pains and sorrows on their victims. Think about many orphans and widows that the duo have unleashed on the society. Perhaps more fearful is the fact that, till date, they both seem to defy solutions and as such could not be effectively appeased.

To successfully confront this evil duo, our nation and, indeed, the whole world need to unite and shun every divisive tendency. We need to put up a common front against the evil intentions of the twosome. Human life is precious and sacred. Nothing must be spared to preserve it.

If we can stick together against the evil duo, with a common vision and goal, victory is surely in sight. Therefore, we must collectively unite to protect ourselves from these carriers of death. Now is the time to rise up in support of life. This is the time to frontally deal with every condition that poses serious threat to the peaceful co-existence of our world. This is the time to pursue peace and reject evil.

Boosting the frontline and strengthening Nigeria’s response to infectious disease…

Psychopathy or Patriarchy: Re-imagine a world with less ‘special’ privileges