Badagry and the Greater Lagos train 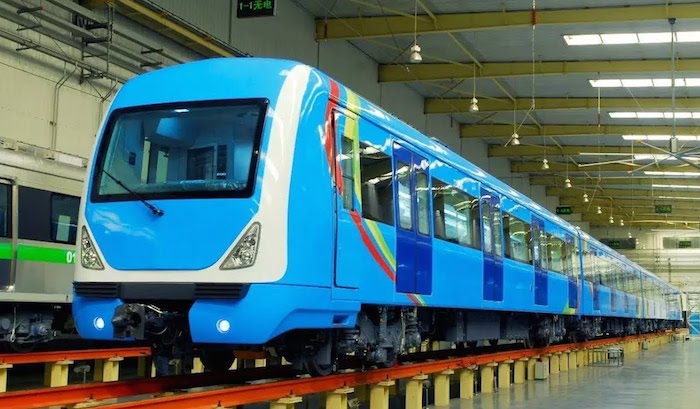 On Saturday, January 23, 2021, the ancient town of Badagry literarily came to a standstill. But then, it was for a good cause. On that fateful day, the ‘Greater Lagos’ train of the Babajide Olusola Sanwo-Olu administration berthed in Badagry to herald a new dawn at the historic town.

On that day, Badagry had a feel of the mission of the Babajide Sanwo-Olu administration to transform Lagos into a 21st Century Economy as Governor Sanwo-Olu inaugurated the Idale, Badagry, affordable housing scheme consisting 252 units of two bedroom bungalows. The project, constructed by the State Government in conjunction with Echostone Housing Development, Nigeria, was another befitting addition to the existing home stock in the State, especially since the inauguration of the current administration in Lagos State.

The event at the historic town of Badagry was quite important because the newly commissioned housing scheme is the first-of-its-kind, green Estate, built anywhere in Lagos State with technology that supports housing production within an optimal time frame. It is an eco-friendly housing scheme that is easy to maintain because the design supports energy efficiency in terms of power and water usage.

It comes with the convenience of low cost maintenance in terms of water usage and energy efficiency. It also boasts of infrastructure such as street lights, Water treatment plant, central sewage treatment plant, perimeter fence and good road network. No doubt, it has added great environmental and economic value to Badagry.

For Badagry, the beat did not stop there. The beat simply goes on as Governor Sanwo-Olu, in furtherance of his administration’s T.H.E.M.E.S Agenda, also commissioned, on the same day, the 110-bed Badagry Maternal and Child Care Centre (MCC) equipped by the government to provide Obstetrics and Gynecology, Radiology, Paediatrics, Family Planning and Emergency Services to residents.

The Maternal and Child Care Centre also boasts of Laboratory and Immunisation facilities as well as a blood bank. With this development, residents of Badagry will no longer have to travel long distances for proper healthcare and are guaranteed top-notch medical services in the Public Health institution.

It should be stressed that between November, 2020, and the period when the facility was activated for operation, it had already delivered healthcare services to over 3,000 outpatients and 600 children and had successfully conducted 49 caesarean deliveries. Thus, the MCC is, no doubt, a good addition to the already existing 21 primary healthcare facilities across the three Local Government Areas (LGAs) in the Badagry axis.

Yet, for Badagry, the ‘Greater Lagos’ journey continues, as Governor Sanwo-Olu, as part of efforts to ease the burden caused residents by bad roads along the Badagry axis, also flagged-off the reconstruction of the popular Hospital Road in Badagry. In addition to this, the government has also commenced dredging of the waterways to create a route that will facilitate transportation by boat and ferry from other parts of Lagos to Badagry.

While flagging-off construction work on the Badagry Hospital Road, Governor Sanwo-Olu declared that it would be expanded to a double carriageway and will be done in two phases, with the first phase spanning 3.2-kilometres. According to the governor, the second phase, comprising 2.3 kilometers, would commence immediately after the completion of the first phase.

Recall that the Imeke-Iworo road reconstruction was recently delivered by the present administration with Street Light, Traffic Signal Light and other amenities. In the same vein, work is advancing on the Aradagun-Imeke road reconstruction. This is just to mention a few of other several road interventions in the Badagry corridor by the Sanwo-Olu administration.

Although the list of areas of the government’s interventions in Badagry is not exhaustive, it is, however, imperative to underscore government’s presence in different sectors of the economy across the Badagry Division.

For instance, the Sanwo-Olu administration is already working on ways to exploit Badagry’s water transportation prospect. An integral part of this process is the construction of a modern jetty terminal at Marina, Badagry. The jetty, which is presently undergoing construction, is slated for completion before the end of 2021. When completed, it would serve as an alternate and quicker means of linking other parts of the metropolis.

Also as part of the efforts to achieve quality teaching and learning in the axis, the government, in collaboration with the Universal Basic Education Commission (UBEC), partnered with a Korea International Cooperation Agency (KOICA), for the deployment of state-of-the-art equipment, capacity building for teachers, provision of technical expertise and online portal in the UBEC Model School undergoing construction at Iworo-Ajido, Badagry.

Likewise, to optimally maximize the potential of Badagry as a tourists’ enclave, the Sanwo-Olu administration refurbished and equipped the Badagry Museum, thus turning it into a great monument to behold. The Governor had also approved the reconstruction of the popular Agia-Tree where the first Christmas was held.

As earlier affirmed, the projects being undertaken by the Sanwo-Olu administration in Badagry are multi-faceted. It is part of the administration’s all-inclusive philosophy to bring development to every part of the State.

Badagry’s residents are, however, enjoined to join hands with the government in its bid to transform the axis and other parts of the State. They should ensure that all government’s projects in the zone are protected and well-secured. They are also enjoined to shun acts that could deter the progress of the area and, indeed, that of the whole State. The current administration is focused on bringing development to every part of the State, as underlined by the 377 projects currently embarked upon across all the wards in the State. It is, thus, imperative for all residents to support the government in order to achieve greater successes.

No doubt, residents of Badagry and, indeed, Lagos are in for a good time as the Sanwo-Olu administration continues its ‘Greater Lagos’ journey with renewed speed and vigour in the New Year. Going by the 2021 budget, which makes provision for the completion of all outstanding infrastructure development projects, better times are ahead for Lagosians.