Are we really living in the dread of COVID – 19? 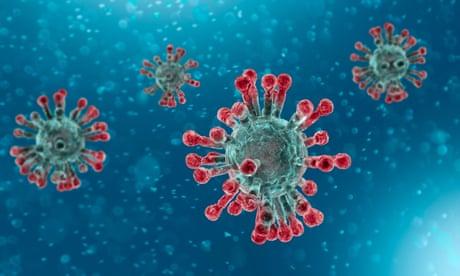 In the distant past, before the coming of the white people to Africa, diseases such as Tuberculosis, Smallpox, Malaria, Sickle cell anaemia, and others decimated the populations of many kingdoms in Africa. Then, a woman, who gave births to babies who died in their infancy, would blame her misfortune on the Ogbanje spirit or the phenomenon of changeling. In the Igbo metaphysics, an ‘ogbanje’ is a spirit child that dies in its infant age. And the spirit child will continue to torment his or her mother in an endless cycle of birth and death until the spirit child is appeased.

However, with the coming of the white people to Africa, and the introduction of western education to native Africans, it’s discovered that most babies that died in their infant ages in the distant past were afflicted with the deadly sickle cell anaemia disease. Today, those with that debilitating health condition, who can access medical treatment, can live to a relatively old age. It is evident that our people’s acquisition of health knowledge has helped to trump superstition rooted in Igbo metaphysics.

Thankfully, until now, medical scientists are steadily and fiercely pushing back the frontiers of health science and technology to find cures for diverse diseases, which have afflicted mankind. Diseases like HIV/AIDS and Cancer cause high mortalities in some countries of the world. However, the peoples of the world are hopeful that drugs, which can cure sufferers of the diseases, would be found in the near future.

Aside from these diseases, the cures for which have not been found, pandemics have been ravaging our world since the Biblical times. The plagues which God visited on the Egyptians owing to the contumely and impudent acts of their king Pharaoh are contained in the Pentateuch of the Bible. And, history students are not unaware of the Bubonic fever (Black Death), which swept across the world between 1347 and 1351, killing millions of people. And the Spanish Flu, which ranged from 1918 to 1920, causing the deaths of millions of people in the world is still in living memory.

So, when we thought that mankind had built a bulwark against the outbreak of pestilential diseases, the Corona Virus disease happened. The deadly disease started its deathly march in the Wuhan province of China, and spread rapidly like harmattan fire to other continents of the world with its morbid consequences. However, conspiracy theory had it that Chinese scientists manufactured the deadly virus in its laboratories.

Consequently, then, the American President, Donald Trump, accused the world Health Organization (WHO) of being China-centric, which informed his threat and vow to stop his country’s lending of financial support to WHO. In the midst of this, the COVID–19 pandemic spread to Europe, America, Australia, and Asia decimating populations of many countries and causing panic and fear among people. People can become infected with the disease irrespective of their social status. For example, the British Prime Minister came down with the disease; however, he successfully rallied from it. The COVID–19 pandemic can pluck its victims from both the young and old demographics.

The dreaded disease made its landfall in Nigeria when an Italian businessman who was afflicted with the disease entered the shores of Nigeria. Since then, the disease has spread to all parts of Nigeria where it has caused fatalities, affecting both the highly placed people and the down-trodden. Abba Kyari, a top government official, was said to have died of the disease and the former governor of Oyo state, Abiola Ajimobi, died of it, too.

But, now, many countries are unlocking their countries as remedies for the disease are being manufactured. The English premiership league and other European leagues, which were suspended, have started again. In Nigeria, markets in many states have opened for economic activities after they were locked up for months. And, our airspace is open for domestic flights. So, there is hope in the horizons, and light at the end of the tunnel, that the people(s) of the world will, sooner rather than later, return to their old ways of living and doing things.

However, owing to the government’s opacity and lack of transparency regarding the dissemination of COVID-19 news coupled with some governors’ covert stance on the issue of COVID-19, not a few Nigerians believe the myths and legends woven around the disease. For example, the utterances and stance of governors Ben Ayade and Yahaya Bello of Cross River and Kogi states respectively may have deepened and reinforced people’s scepticism of the reality of the existence of the disease on our shores. More so, in some states of the federation, the identities of the victims of the disease are shrouded in secrecy, ostensibly to protect them from being stigmatised. However, some high-profile Nigerians, especially these who belong to the political elite, made public their COVID-19 condition. Many of them tested positive to the Corona virus disease.

The myths and legends woven around the disease by ignorant people, some governors’ covert disavowal of its existence, and government’s opacity regarding dissemination of information and news about COVID-19 have continued to deepen people’s belief that COVID-19 belongs to the genre of myths and legends.

Consequently, millions of Nigerians, who live in our country, are not living in mortal dread of the disease, which accounts for their not abiding by COVID-19 safety protocol and measures like the practice of social distancing, wearing of face masks, and avoiding being in the midst of crowd of people.

It behoves the government to up its game in the fight against COVID-19 by creating awareness about the existence of the disease, and enforcing observance of COVID-19 protocol by the generality of Nigerians.