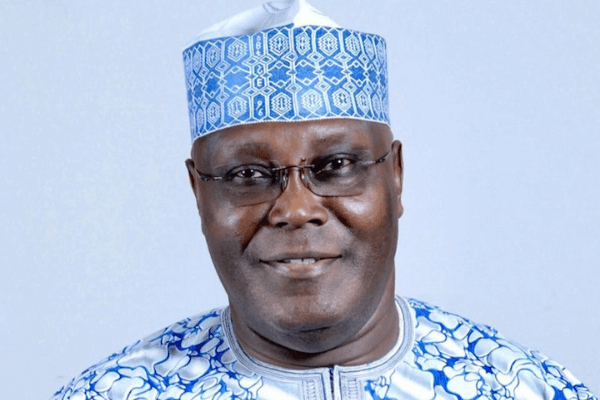 Former Vice President and Presidential candidate of the People’s Democratic Party (PDP) Atiku Abubakar, has urged the National Republican Institute (IRI) and the National Democratic Institute (NDI) to disregard the assurances made by President Muhammadu Buhari that he will give his opponents in the 2019 elections the level playing ground, which the PDP denied him.

Atiku in a statement through his Media Adviser, Paul Ibe, on Tuesday urged the organisations not to be deceived by Buhari’s words adding that the President has no intentions to give such opportunity to his opponents.

Speaking to a delegation from the International Republican Institute and National Democratic Institute, President Muhammadu Buhari said, “I am prepared to give the opposition the opportunities I was not given in the past.’’

Atiku however, urged the institutes to look at the fact that President Muhammadu Buhari ran for the office of the President of Nigeria in 2003, 2007, 2011 and 2015 under the PDP and not once during those intervening years was he arrested, molested or persecuted in any way, shape or form.

The former Vice President noted that as a matter of fact, immediately after Buhari’s experience with Boko Haram terrorists in Kaduna on July 24, 2014, the then PDP administration bought Buhari a $300,000 dollar armoured and bombproof SUV for his protection adding that Buhari received the vehicle which helped save his life.

“Never were Muhammadu Buhari or his relative’s accounts frozen by the Economic and Financial Crimes Commission or any other government agencies under the PDP and never were his running mates, children, friends and family targeted.

“Muhammadu Buhari participated in several protests and marches, including the Occupy Nigeria movement and the 2014 APC march in Abuja and was not arrested or persecuted by the PDP,” Atiku said in the statement.

He said further that the PDP ensured that the Independent National Electoral Commission was independent and appointed disinterested individuals to its board including Prof. Attahiru Jega, who then President Jonathan had never met before his appointment.

He pointed out that the PDP also ensured that vital government agencies like the National Bureau of Statistics were not politicised, whether or not their reports favoured the government.

“However, since coming to office, President Muhammadu has refused to reciprocate the good treatment meted out to him by the PDP and has instead persecuted, harassed and attempted to intimidate his likely opponents, even before they became candidates.

“Their businesses have been affected with the government either pulling out of or attempting to pull out of commercial contractual agreements freely entered into between government agencies and businesses owned or partly owned by perceived presidential opponents.

“Also, in a bid to intimidate the Presidential candidate of the PDP, Atiku Abubakar’s plane was invaded by a crack combined military team on November 11, 2018. That was unprecedented in Nigeria’s history and never occurred even under military rule,” the statement said.

Atiku lamented that opposition elements who participated in peaceful marches have been arrested and are currently facing trial as others were set up by government agencies including the Code of Conduct Tribunal and were tried until the government’s case collapsed at the Supreme Court.

“The account of the Vice Presidential candidate of the PDP was frozen even as opposition Presidential candidates were falsely accused of involvement in armed robbery and when the government’s case was falling apart, their main suspect suspiciously and suddenly died in police custody,” he said.

Atiku also lamented that an opposition candidate on the verge of winning an election was strangely charged for examinations malpractices and his win was overturned.

“Sadly, on Monday the 17th of December 2018, in a Freudian slip during a live TV interview, Garba Shehu, the President’s spokesman, revealed that President Buhari had ordered the National Bureau of Statistics to fudge the latest unemployment numbers seeing as they do not favour the government so close to an election.

“This is even as the President has refused to sign the amended Electoral Act knowing that the Act would prevent the government from rigging the elections.

“But the most telling action by the President was his attempt to foist his own biological niece as the Chairman of INEC but for the uproar of the opposition backed by the international community.

“These and other actions completely contradict President Muhammadu Buhari’s assurances and we thus urge the International Republican Institute and National Democratic Institute not to be hoodwinked by the President’s deceptive words, but to focus on what cannot lie – the evidence,” the statement added.

In Nigeria, cost of one lawmaker’s official car can buy 3 ventilators