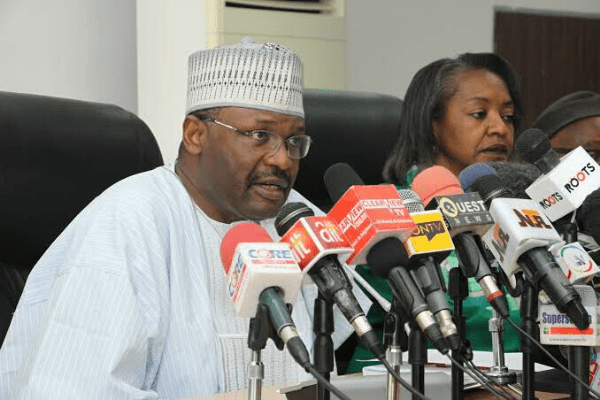 The Independent National Electoral Commission Thursday said a total of 17 of the 18 registered political parties have notified it of their intention to conduct party primaries for the Ondo governorship election fixed for 10th October 2020.

According to INEC, only the Boot Party did not give any notification of its intention to conduct primaries for the Ondo governorship election.

Festus Okoye, INEC National Commissioner and Chairman, Information and Voter Education Committee, made this known in a statement released Thursday night after the Commission’s meeting.

Okoye said this is in compliance with section 85 (1) of the Electoral Act, which makes it mandatory for registered political parties to give the Commission at least 21 days’ notice of any congress or meeting convened for the purpose of nominating candidates for any of the elective offices specified in the Act.

He explained that: “By Section 87 (2) of the Electoral Act, Political Parties have the exclusive discretion to determine the procedure for the nomination of candidates which shall be by Direct or Indirect primaries and all the 17 Political Parties notified the Commission of their intention to conduct Indirect Primaries for the nomination of their candidates.

“Political parties are reminded that they are required to submit a comprehensive list of all the delegates eligible to participate in the primaries at least 7 days before the scheduled date.

“The INEC portal for uploading nomination forms will open on 21st July and close on at 6pm on 28th July 2020. We urge Political Parties not to wait till the last day before submitting the names of their nominated candidates.”

Okoye who urged Political Parties must enforce the policy of “No Mask, No Voting” in their primaries said they must observe all the health protocols and guidelines made available to them by the Commission, the Presidential Task Force (PTF) on COVID-19, the Nigeria Centre for Disease Control (NCDC) and the State Government.

He disclosed that two political parties, the All Progressives Congress (APC) and the Peoples Democratic Party (PDP), have conducted their primaries and nominated candidates using the dedicated portal for the Nasarawa Central State Constituency bye-election.

“The personal particulars, including academic qualifications of the candidates, have been pasted in the INEC Nasarawa Local Government Area (LGA) office in Nasarawa State and uploaded on the Commission’s website”, the National Commissioner added.

On Edo governorship election holding September 19, Okoye said: “Fourteen (14) political parties conducted primaries and nominated their candidates for the Edo Governorship election holding on Saturday 19th September 2020. Going by the Timetable and Schedule of Activities for the election, the campaign by political parties in public commenced on 21st June 2020 and ends on 17th September 2010 i.e. 24 hours before polling day as enshrined in Section 99 (1) of the Electoral Act 2010 (as amended).

“Political parties are hereby reminded that in canvassing for votes, they must comply with the Commission’s policy on Conducting Elections in the Context of the COVID-19 Pandemic as well as the Regulations and Guidelines governing same. They must also comply with the guidelines issued by health authorities.

“At the same time, parties are enjoined to conduct issue-based campaigns in accordance with the Regulations and Guidelines issued by the Commission. They should appeal to their supporters to shun inflammatory rhetoric and disruptive behaviour capable of breaching the peace. The election is an opportunity for the people of Edo State to choose among the 14 candidates in the contest.

“The Commission is concerned that as campaigns begin, campaign councils rather than candidates and party manifestoes are taking centre stage. The election should be a contest of ideas and programmes for the people of Edo to make informed decisions for the development of their State”.