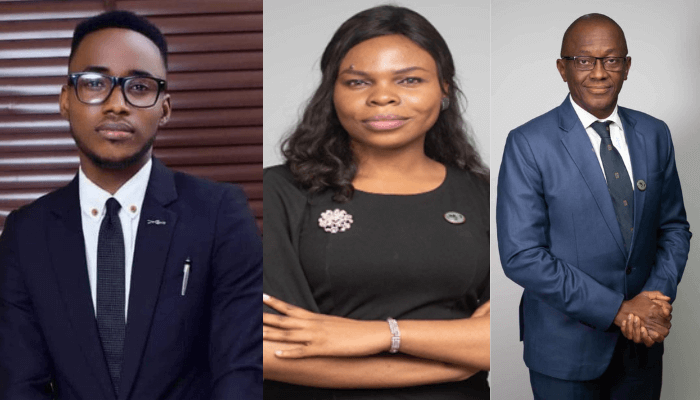 Nigeria’s infrastructure, currently valued at about 35% of the nation’s Gross Domestic Product (GDP) is widely regarded as dilapidated and inadequate. By comparison, larger and more developed economies typically have an infrastructure base sitting closer to about 70% of their GDP. This represents a huge funding deficit for Africa’s largest country in capital projects such as roads, bridges, freight rail, ports, schools, hospitals, electricity grids, pipe-borne water, housing, broadband or internet coverage, etc. The Infrastructure Concession Regulatory Commission’s report released in 2017 indicates that an injection of about $100 billion annually is needed over the next 6 years to provide decent quality infrastructure in Nigeria.

Using the 2022 budget as an index, the entire allocation including capital and non-capital expenditure having been pegged at N16.39 trillion makes it obvious that the disparity in infrastructure will continue to expand. This gap is enlarged further by the underperformance of the budget, that is, Government not achieving its estimated revenue. The Federal government is therefore forced to engage in heavy borrowing to bridge the gap to meet a miniature of its infrastructural needs. Reports from the finance ministry indicates that debt servicing obligations to our creditors gulped 97% of the Nigerian government’s total revenue in 2020. This means the Federal government earned N4.39 trillion in 2021 out of which the sum of N4.22 trillion was used in servicing its debt.

So, while African countries and those from other emerging markets have traditionally struggled to get a hold on sustainable infrastructure financing, Nigeria now faces an imperative: to adopt an innovative means of funding growing infrastructural needs with minimal debt liability or get left behind in the dark ages.

The Government of Nigeria currently funds majority of its infrastructure projects through budgetary allocations, debt instruments (like conventional and Sukuk bonds), and loans. Of the three, budgetary allocations account for the largest source of infrastructure spending. The 2022 budget allocations show that infrastructure projects received N1.45 trillion representing 8.9% of the total budget. But ironically, unrealistic budgetary allocations have driven the country’s huge deficits in physical infrastructure. In most cases, if the Federal Government of Nigeria (FGN) is unable to realize the revenues projected to meet capital projects earmarked in the budget, these important infrastructure projects are simply abandoned without consequence.
Debt instruments like domestic, Sukuk, euro or sovereign bonds would ordinarily be considered a reliable source of funds, but for two limiting factors. Firstly, although the underlying projects to which some of these funds have been applied have the potential to generate income, the government declines to generate any such income to service its debt. None of the roads built by funds generated by sukuk bond have been tolled and this may be on account of the socialist posture of the Federal Government. The other limiting factor is the cost of borrowing. The re-modeling of Abuja’s Nnamdi Azikiwe International Airport and the reconstruction of the Lagos, Port Harcourt, and Kano airports were financed from a $500 million loan from the Chinese government. The loan has a seven-year moratorium; however, interest payments total a whopping $113.9 million (about N18.23 billion or, put simply, an interest rate of 22.78%).

Time to think outside the box – Securitization for Infrastructure financing

It is imperative to seek out more innovative and secured ways to fund Nigeria’s infrastructural development. Securitization could well provide a solution.
Securitization is a process that allows a company, a financial institution, or the government to use its revenue streams from underlying assets to raise financing on better terms than it could otherwise achieve through traditional (debt) financing models. For instance, an entity – the railway corporation of Nigeria (known as originator), expects to generate $100 million US dollars in 10 years from sales of its tickets. The private sector, represented by a sophisticated fit for purpose institution (also known as a special purpose vehicle, SPV) which acts as an agent for the private sector may loan (in the legal and tax parlance this is represented as a sale) the railway corporation $80 million dollars. The SPV will raise this debt by issuing an ‘I owe you note’, also known as bonds, to the private sector. The money raised is loaned to the railway corporation and in return, the railway transfers or assigns all the future cash flows, otherwise due to the railway corporation, to the SPV. This will enable debt owed the private sector to be discharged.

Read also: InfraCorp, Nigeria’s infrastructure ‘game changer’ debuts
There are two obvious and immediate benefits derived from this mode of funding: first, the railway corporation has the sum of $80 million to build more railways. More importantly, the risk that the cash flow may not materialize is also transferred to the private sector. The risk of default is substantially with the private sector with, of course, a cost. The implication being that this debt is owed to the private sector not by the railway corporation but instead by the customers to the railway corporation. In economic jargon, it is said that the debt is off the balance sheet of the railway corporation and indirectly off the balance sheet of the Federal Government. This frees up budgetary allocation that may then be used for other purposes. There is also a salient advantage, being that with substantial contribution from private sector funds, the railway corporation is compelled to apply such funds judiciously, enabling a refreshing level of accountability.
Securitization is slightly more complex than represented above and entails a number of features that are critical for its success. A significant distinguishing feature of securitization is that the originator (that is, the entity selling its receivables) is not in fact borrowing. Rather, it is selling its stream of cash flows that would have naturally accrued in the future. To make this an attractive investment, the underlying assets must have a performance history, otherwise, some form of credit enhancement (guarantee by the railway corporation) will be adopted to increase the credit worthiness of the “I owe you notes” (bonds). Also, the SPV is set up such that the assets are solely dedicated to paying off the bonds. As stated earlier, the upfront proceeds from the sale, are paid to the originator which can then be deployed to offset other operational or capital investment costs. In the end, releasing capital for even more projects.
How exactly can Securitization reduce Nigeria’s infrastructural deficits?

Beyond generating capital on the back of existing cash flow, the beauty and attractiveness of securitization are that it could be used to develop new projects, predicating the borrowing against existing as well as future cash flows. Such cash flows may be calculated and grounded even on projects that are yet to come into existence.
Securitization has the multifaceted advantages of providing readily available capital, as well as minimizing debt portfolio. The possible bankruptcy of the originator (the railway corporation) will also not affect the hedged-off SPV, or the receivables that will be used to pay off these investors. The sustainability of the cash flow and its guarantee is, from a practical point of view, now in the hands of the private sector. So, at the very extreme, it matters not, how badly the railway corporation is handled and run. In a manner of speaking, the separate railway lines that have been privately funded, is by the structure, subject to separate management.

That Nigeria needs to invest heavily in infrastructure to achieve economic growth is no longer up for debate. To finance these projects, the country cannot afford to persist down the path of traditional loan financing, budgetary allocations, and issuance of debt instruments, which all fall short, given its fiscal realities. Creativity and innovation are sorely needed, and securitization could be the obvious solution the country has ignored for so long.
To develop a resilient and attractive securitization market, Nigeria will need to move quickly and carefully to establish basic legal and regulatory building blocks for securitization. There are three key areas that will have to be addressed. The appropriate tax treatment must be applied such that a securitized structure does not prove more expensive than traditional borrowing. Secondly, the proper and applicable accounting treatment must be accorded the utmost importance. Indeed, in many parts of the world, separate accounting rules are designed particularly for financial institutions intending to securitize their assets.
Finally, the country’s legal structure must be capable of drawing a distinction between traditional borrowing, as against funds raised by way of securitization. This distinction is critical if the balance sheet of the originator (Railway Company and indirectly Nigeria) is to be left open or unincumbered. Accordingly, funds raised by a well-structured securitization program, ought to be used as envisaged, but certainly not to re-pay debt. (It is the underlying cash flow that is designed to pay debts). Nigeria’s legal system, based on the common law of England, recognizes and acknowledges this distinction, albeit a fine one. Nevertheless, to remove any doubt regarding this distinction and to cater for other nuances, legislation has since been proposed and is awaiting passage by the National Assembly.

The impact of MVNO licence on Nigeria’s telecommunication sector