Reaching the finish line – how to safeguard your M&A deal 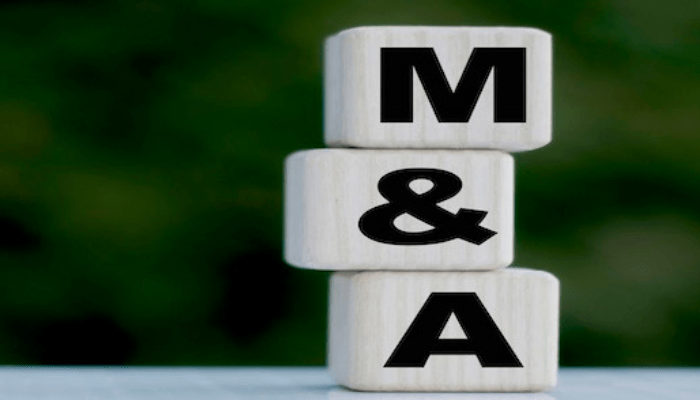 An M&A deal can be described as a marathon. The process from initial negotiations to drafting term sheets, conducting due diligence, negotiating and eventually, the signing and closing (or completion) of the transaction documents is often drawn-out.
In smaller transactions, the signing and closing of the transaction may happen contemporaneously as the terms of such deals are generally more straightforward. However, in larger and more complex transactions, there is usually a time gap between the signing and the closing of the deal. In this intervening period between signing and closing, when parties seek to fulfil various conditions precedent to the conclusion of the deal, both parties (arguably more so the buyer) are exposed to the risk that the deal could fall apart or stall, ultimately resulting in financial liability.

According to McKinsey, 10% of all large M&A deals are cancelled yearly. Indeed, the ongoing notorious Twitter v Musk deal saga is a good example of how signing a deal does not guarantee that the parties will reach the finish line.
This article will identify some risks a buyer and seller could face while negotiating and trying to consummate a deal. We will also provide suggestions that can be adopted to mitigate those risks and prevent the deal from falling apart.

What constitutes signing and closing?
In the lifespan of a transaction, signing is when the parties sign the definitive agreement, which could be a share purchase agreement, share subscription agreement or asset sale and purchase agreement. It indicates a binding commitment by the parties to proceed with the transaction subject to the fulfilment of any conditions stipulated in their contract. Parties will typically agree on a signing date and the mechanics of signing, i.e. physically in wet ink or electronically.
Conversely, at closing, the parties undertake the formalities necessary to conclude the transaction, and it is on this date that the transaction is consummated or finalized. For instance, the payment of the purchase price, delivery of a share transfer form and entry of the buyer’s name in the register of members of the target company will typically occur at closing. In some cases, the parties can choose to do a physical closing, but it is becoming increasingly common for parties to close transactions remotely.
The existence of a gap between signing and closing will largely depend on the peculiarities of each deal. However, some key reasons gaps exist are to give time to obtain necessary regulatory approvals (merger control and sector-specific), certain corporate approvals, third-party consent and financing.
Furthermore, signing definitive agreements is no indication that a deal will complete and parties will reach the finish line. Prosus NV’s recent cancellation of its $4.7 billion deal with India’s BillDesk displays this clearly.
In that matter, the parties had signed the definitive agreement. Still, Prosus withdrew because “certain conditions” were not fulfilled by the long-stop date, even though the parties had obtained the approval of the anti-trust authority for the transaction.

The Interim Period
During the period between signing and closing (also referred to as the interim period), the parties fulfil conditions precedent as agreed in the definitive agreement. In transactions involving a split signing and closing, the parties should have agreed on the following: the scope of the conditions to be fulfilled; the party responsible for fulfilling each condition; the mode of communicating the fulfilment or waiver of conditions; how the target company will be run during the interim period; what happens if the conditions are not fulfilled; and how a breach of the warranty will be handled.

Some of the conditions that are typical include:
a) Regulatory Approvals – if the target operates in a regulated sector and depending on the stake being acquired, the parties may need to obtain the approval of the relevant sector regulator. Some regulated sectors include aviation, insurance, banking, oil and gas, telecoms etc. In addition to getting the consent of a sector-specific regulator, there may be a need to obtain merger control approval if the transaction meets the prescribed notification threshold.

b) Consents – third-party consents may, in some cases, be required, especially in deals where a change of control will occur. Such consent may, for instance, be required for certain types of customer contracts where the customer could have a termination right, consent right or even a right to be notified.

c) Corporate Approvals – in some instances, shareholder approval may be needed for a deal to be done. Where this is the case, the parties will typically obtain such consent as a condition for closing in the interim period.
As time could create uncertainty, both parties will take steps in the interim period to minimize risk – both financial and otherwise. For instance, a buyer will be concerned about the dissipation of the target asset before completion and want the flexibility to walk away from the deal should this occur.
On the other hand, the seller may want some deal certainty and be wary of a drawn-out transaction, particularly as it may impact its ability to operate the target as it deems fit. Therefore, the parties will negotiate conditions and covenants which they believe will give them reasonable protection during the interim period and until completion.

10% of all large M&A deals are cancelled yearly

For instance, would the parties be obligated to proceed with the deal if the anti-trust regulator required either party to divest some assets or part of their business to complete the deal? A buyer may not agree to this condition, especially if it changes its financial or strategic rationale for doing the deal. How the parties will resolve this issue will largely depend on their agreement. In some cases, parties could be obliged to take all actions necessary to obtain regulatory approval, referred to as a ‘hell or high water clause’. Depending on the threshold agreed by the parties, a seller may be able to force the buyer to divest assets as a condition to complete the deal. Parties should define how they will handle issues with conditions in clear and precise language to avoid disputes. For instance, the meaning of a “best or reasonable effort” provision may be more challenging to determine than a ‘hell or high water clause’.

2. How should the target’s business be conducted during the interim period? It is usual for parties to a deal to agree on some interim period covenants. It is in the buyer’s interest to have the seller procure that the target’s business is conducted in the ordinary course and for contracts with key customers and suppliers to be maintained. The buyer should request that the seller promptly notify it of any material change in the financial position of the target or its assets.

A buyer should also ensure that the seller obtains its consent for critical actions, including share or asset disposals, borrowings within a specified threshold, significant capital expenditure, and termination of material contracts and distributions.

3. How should the parties handle delays in the transaction timeline? The time required to fulfil the different CPs in a deal is considered in determining the closing date and long-stop date (also referred to as a drop dead date). A fundamental cause of delay could be regulatory approvals which could take time. It is pertinent for the parties to carefully consider how long the required regulatory approvals could take and be wary about taking a liberal approach in factoring the date into the transaction timeline.

In Nigeria, the anti-trust regulator has up to 120 business days to complete its review. In practice, this period could be shorter or longer depending on a few factors, including whether or not competition concerns arise, the speed with which the parties respond to queries (as the clock stops during such period), or if the parties paid the expedited fee etc.

If the timing issue is not discussed and agreed upon, it could result in a dispute where one party tries to walk away from the deal because of delay, which is not a result of any fault on the part of the other party. A seller could be open to a scenario in which some of the interim covenants discussed above are relaxed over time, giving the seller some room to continue to operate its business if there is a delay. The parties could also negotiate a drop-dead date on which they will be free to walk away from the deal. They will, of course, also have to agree on the circumstances in which termination payments may be payable.

4. What if completion conditions cannot be satisfied? The parties must also consider what will happen if this occurs and determine which of such conditions may be waived or deferred. A waiver of critical conditions, such as regulatory approvals, cannot be done. However, the parties could waive non-critical conditions. If the buyer could incur financial liabilities in such cases, the buyer could factor it into the purchase price, or the seller could provide an indemnity.

Parties also need to determine whether a unilateral waiver is sufficient or if the consent of both parties is required. In some cases, parties could, in the interest of time, push CPs down the line and have the buyer deal with them post-completion, especially in cases where the buyer is acquiring a majority and will have no difficulty getting corporate approvals for such actions.

Conclusion
The above is not an exhaustive outline of all the critical points that parties should discuss to mitigate their risk exposure between signing and completion. However, the key takeaway is that parties to a deal should discuss issues affecting their financial and strategic rationale for doing the deal and take the time to address critical scenarios and issues in their definitive agreement as exhaustively as possible.