Payment Service Banks: A gamechanger for financial inclusion in Nigeria 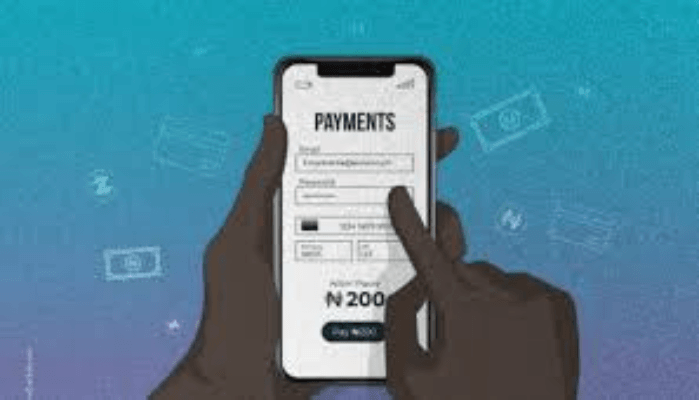 Financial inclusion at its core, speaks to ease of access to a range of financial products; particularly when designed to meet the needs of lower-income groups. In a rather simplistic description, financial inclusion aims to provide financial services to those who are not customers of traditional financial institutions. The services provided will normally include but are not limited to accessing payment platforms, savings accounts, credit, insurance, investment, and pension products.

Stakeholders in the financial industry, especially the Central Banks of Nigeria (“CBN”), have had financial inclusion on the front burner over the last two decades. The CBN nevertheless continues to struggle to meet its targeted objective despite a booming Fintech landscape with three unicorns, the most in Sub-Saharan Africa. The CBN has had to readjust its target goal, setting itself a goal to achieve 95% financial inclusion by 2024. The previous targets had never been met, partly because the CBN appeared to focus its attention on the already banked population, rather than the unbanked in rural and underserved areas.

The potential impact of PSB
Introducing and establishing payment service banks may however accelerate financial inclusion, breaking all previous failed attempts. Payment service banks in its most simple description are institutions that provide technological platforms to aid and provide banking services to those who had no previous banking relationships. Payment service institutions commonly use technology as well as agents (banking agents) or contracted postal outlets to process clients’ financial transactions. The question is how far can Payment Service Banks (PSBs) go in ensuring financial inclusion in Nigeria?

CBN first introduced PSBs in 2018 after a 2018 review, and a 2021 revision of the 2012 National Financial Inclusion Strategy. PSBs are modelled on India’s Payment Banks, with a vision to similarly provide platforms for facilitating high-volume, low-value transactions in remittance, micro-savings, and withdrawals, in a secure technology-driven environment.

To operationalize this, the Guidelines for Licensing and Regulation of Payment Service in Nigeria, 2020 (“Guidelines”) allow telecommunication companies (“Telcos”) to offer alternative financial services through their subsidiaries. In addition to the Telcos, others such as Banking Agents, Retail Chains, Postal Service Providers, Courier Companies, Mobile Money Operators desiring to convert to payment service banks, Switching companies, Fintech Companies, Financial Holding Companies, and essentially any other type of corporate entity is allowed to apply for a license as a PSB. So far, about four Telcos have been granted PSB licenses.

Can PSB succeed, where other initiatives failed?
Some of the barriers to financial inclusion implicated in the 2010 Enhancing Financing Innovation and Access (EFInA) survey are limited physical access points in underserved areas, poor infrastructure, and low financial literacy. PSBs are however afforded a particularly wide playing field. They may accept deposits from individuals and small businesses; carry out payments and remittances including inbound cross-border personal remittances services through various channels within Nigeria; and sell foreign currencies realized from inbound cross-border personal remittances to authorized forex dealers. Also, they may also issue debit and pre-paid cards; operate electronic wallets; render financial advisory services; invest in FGN and CBN securities, and carry out such other activities as may be prescribed by the CBN from time to time. It should be noted, however, that PSBs are precluded from granting loans, advances, and guarantees (directly or indirectly); accepting foreign currency deposits; or dealing in the foreign exchange market except as prescribed by the Guidelines.

If Telcos borrow a leaf from their counterparts in other jurisdictions, Nigeria may soon achieve its financial inclusion targets, leveraging PSBs.

As of January 2021, mobile connections in Nigeria are about 82.4% of Nigeria’s total population. If Telcos will be borrowing a leaf from their counterparts in other jurisdictions, Nigeria may soon achieve its financial inclusion targets, leveraging PSBs.

Lessons from Africa
While the CBN was still trying to use traditional banks to solve the financial inclusion challenge, there were no economic incentives for these banks to roll out physical access points/machines in rural areas. Furthermore, on the mobile money model, the major challenge here was that the model was bank-led as opposed to telco-led; as seen in other jurisdictions. Take the example of Kenya and its financial inclusion strategies. M-Pesa, an initiative of Safaricom (a Kenyan Telco) has blazed a trail in integrating electronic money into the formal and informal sectors of the Kenyan economy and has gone on to drastically reduce the financial exclusion rate in Kenya through the instrumentality of mobile phones and sim card ownership. M-Pesa installs an application for customers’ sim-card and allows them free registration, without the need for a bank account. The subscriber’s sim card acts as the wallet where e-funds are held, and phone messaging services, like text, are used to send e-funds to other users. No internet connection is required.

To handle the impact of e-funds on the money supply in the financial system, the Telco usually contracts with a bank to handle the cash backing up the mobile money by storing physical cash representing the e-funds in an escrow account. The Telco purchases digital funds by depositing physical cash in the contracted banks and then uses its purchased digital funds to transact with end users through its agents. Therefore, the value stored in a user’s sim card wallet takes the form of claims in money held in a trust account at the commercial bank that the Telco chooses. The model also allows for payment for goods and services. Users are allowed to utilize their e-money to make electronic payments for goods & services without transaction charges.
The M-Pesa model has been adopted in Ghana and today Ghana has been deemed the fastest-growing mobile money market in Africa over the last five years, according to the World Bank.

Regulatory ambiguity
Considering that Telcos have a wider reach than traditional banks, their participation will substantially enhance financial inclusion. The Guidelines are however not clear on whether PSBs are allowed to adopt the M-Pesa model in their operation. This is especially so because there are generally two categories of entities allowed to apply for a license under the Guidelines: Telcos that have the wherewithal and infrastructure to replicate the M-Pesa model as is applied in Kenya; and other entities that do not have the requisite infrastructures nor advantages that the Telcos have. The inclusion of these other categories of applicants raises questions as to the intention of the Guidelines to champion a telco-led model just like the M-Pesa. This doubt is further reinforced by the specific requirements for infrastructure roll-out placed on PSBs by the Guideline. A similar prescription in India left only three Payment Banks in existence out of the 11 that were initially licensed. The other seven were affected mainly by structural inhibitions.

Circumventing infrastructural challenges
These possible pitfalls may however be circumvented if licensed PSBs identify and leverage partnerships. The few surviving Payment Banks (PBs) in India have been able to scale in the business through strategic partnerships. For example, a Payment Bank entered a partnership with a known petrol station with a strong presence in the rural areas, for use of the station’s physical infrastructure to offer banking services to the community already served by the network of filling stations.

MTN’s MoMo Payment Service Bank was recently reported to have commenced operations following the final approval for a PSB license granted by CBN. According to reports and tests conducted, a customer can open a MoMo wallet by merely dialing a particular code with their MTN phone number, and a MoMo PSB wallet is immediately created. A customer may then fund the wallet at any MoMo Agent or by transfer from a traditional account. A customer is also able to send money to any mobile phone in the country as well as buy airtime/data and pay bills. More importantly, all these transactions can be done without the need for a mobile software application or an internet connection.

CBN clears the way
Without a doubt, the structure adopted by MoMo PSB bears a close resemblance to, if not a complete replica of, the M-Pesa model. The fact that the model has been approved by the Central Bank of Nigeria leads the author to assert that while the Guidelines may not have specifically indicated the adoption of the M-Pesa model, there is no restriction for any telecommunication company seeking to adopt the same. This is indeed a piece of positive news for the drive toward financial inclusion in Nigeria with telcos at the forefront.
With a telco-led PSB adopting the M-Pesa model and leveraging strategic partnerships and other PSBs equally leveraging strategic partnerships to circumvent the hurdles created by certain provisions of the Guidelines, there is no doubt that Nigeria is well on its way to achieving maximum financial inclusion in no time.

Ugochukwu Obi, is a Partner responsible for the FinTech, Banking, and Finance Department of Perchstone & Graeys, and Adesola Baruwa, is an Intermediate Associate at the Firm