Overview of the pre-election provisions under Nigerian law 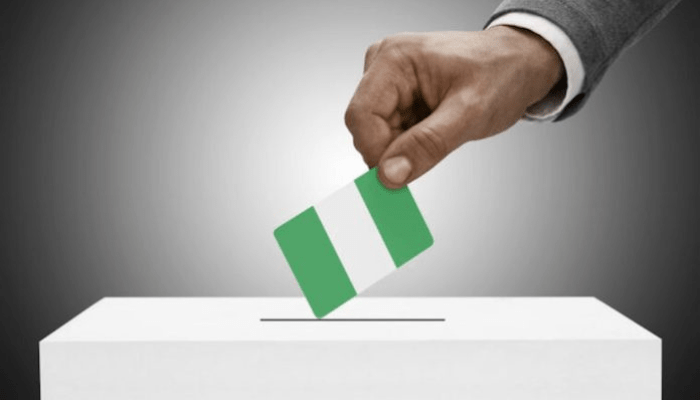 Election litigation is bound to occur in an electoral process. This is because, before every general election is conducted in Nigeria, the political parties are required by law to conduct internal primary elections to nominate candidates that would represent them at the general elections and disputes typically arise during this process.

The importance of pre-election matters cannot be over-emphasized as they are live issues which must be determined by the court even after the general election has been conducted and a candidate has been sworn in and the seat occupied.

This is corroborated by what transpired after the 2019 general elections when a governor was ousted before the swearing-in ceremony, some senators and members of the House of Representatives were ousted by the Supreme Court on account of pre-election matters after taking the oath of allegiance and after the inauguration ceremony.

Paragraph (a) deals with the complaint by an aspirant, directed at his political party, that there has been a failure to comply with the Electoral Act, party constitution or party guidelines in the conduct of the party’s primary election in respect of selection and nomination of candidates for the said primary election.

The Court has held that in the conduct of its primaries, it will never allow a political party to act arbitrarily. A party must obey its own constitution.
Paragraph (b) deals with the complaint by an aspirant, directed at the Independent National Electoral Commission, (INEC)], that actions, decisions or activities of INEC did not comply with the Electoral Act or complaint that the provisions of the Electoral Act or any Act of the National Assembly, pertaining to selection or nomination of candidates and participation in an election have not been complied with by INEC.

In other words, this covers complaints about INEC not complying with constitutional provisions and the Electoral Act pertaining to the selection or nomination of candidates and participation in an election. Thus, an aspirant can rightfully seek redress in court for any of the above infractions by INEC. Typical examples are registration of voters, delineation of constituencies, formation of political parties, updating of voters’ register, regulation of the conduct of political parties etc.

Read also: What Nigeria must do to check insecurity before 2023 polls &#8211; Bode George

ii) Provisions in the Electoral Act 2022
The provisions of section 285 (14) in defining pre-election matters are not exhaustive. Section 29(5) of the Electoral Act 2022 provides that “Any aspirant who participated in the primaries of his political party who has reasonable grounds to believe that any information given by his political party’s candidate in the affidavit or any document submitted given by that candidate in relation to his constitutional requirements to contest the election is false may file a suit at the Federal High Court against that candidate seeking a declaration that the information contained in the affidavit is false.”

Further to the above, section 29 (6) of the Electoral Act, 2022 provides that, “where the Court determines that any of the information contained in the affidavit is false only as it relates to constitutional requirements of eligibility, the Court shall issue an order disqualifying the candidate and the sponsoring political party and then declare the candidate with the second highest number of votes and who satisfies the constitutional requirements as the winner of the election.’

By the current position of the law, only aspirants are conferred with the requisite locus standi to institute pre-election matters in court under sections 29 (5) and 84(14) of the new Electoral Act, 2022.

Thus, any aspirant who participated in the primaries of his political party and believes that his political party’s candidate has furnished false information in his affidavit on oath or any document, inclusive of his nomination form to INEC, may institute an action against him only in the Federal High Court, only.

The application of the above Constitutional provision has resulted in the dismissal or striking out of many cases in court for being statute barred, (even though there is a reasonable, genuine and compassionate cause of action), where the matters are filed outside the prescribed time limit of 14 days. Hence, it is very critical for pre-election matters to be filed within 14 days of the accrual of the cause of action, otherwise, no matter how compelling or compassionate the case of the litigant is, the matter will be statute barred and struck out or dismissed by the Court.

The importance of this provision cannot be over-emphasized as cases (even though compelling) have also been struck out or dismissed by the appellate courts as the case was heard and determined outside the prescribed time limit of 180 days.

Hence, the above two constitutional provisions govern the limitation of time regarding filing, hearing and determination of appeals in pre-election matters. Accordingly, pre-election matters have been struck out by the appellate courts on the ground that the appeal was not filed within the stipulated period of 14 days or was not heard and determined within 60 days.

One fundamental observation and difference is the locus standi to institute the actions for the two categories. As for the provision of section 285 (14) (c) of the CFRN, it appears that locus standi to file a pre-election matter thereunder is not for aspirants but for political parties that are aggrieved by INEC’s actions etc. It gives room to political parties to challenge actions, decisions or activities of INEC in respect of nominations of candidates for an election, the timetable for an election, registration of voters and other activities in respect of preparation for an election. It is posited that this can be explored by a political party to challenge the nomination of candidates of another political party.

Whereas, the second category as enshrined under sections 29 (5) and 84 (14) of the Electoral Act, 2022 confers locus standi on aspirants only.

Therefore, it is crystal clear that pre-election matters occupy a very sensitive and significant position in the Nigerian electoral law. Therefore, the political parties, candidates and the electoral umpire INEC must ensure that they follow the rules and regulations under the laws. Their watchword must be fairness, justice and adherence to the provisions of the electoral laws.