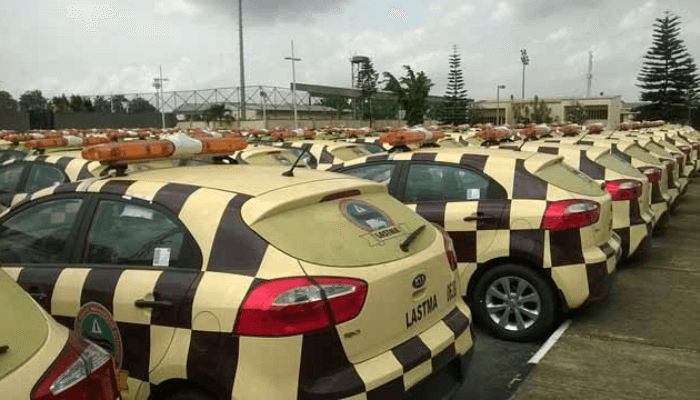 On Saturday, 16th September, over 130 vehicles which had been impounded by the Lagos State Traffic Management Authority (LASTMA) and declared to have been abandoned by traffic offenders were auctioned by the Lagos state government.

Justifying the auction, Moyosore Onigbanjo, Attorney General and Commissioner of Justice, Lagos state, stated that the vehicles were owned by traffic offenders who had been found guilty and had failed to pay the fines imposed by law within the stipulated time frame.

He added that “notices were even given in adverts in the Punch newspaper that if your car has been abandoned in the yard, you can still come and pick it up before the auction date” and that the cars were forfeited pursuant to the orders of the court of law.

While some saw the auction as a deterrent to traffic offenders and thus a benefit to law-abiding motorists, among those whose cars had been auctioned and their sympathisers, there was an outcry. To them, auctioning impounded vehicles was too stiff a penalty for traffic offences. Generally, a debate arose on whether LASTMA acts within the ambits of the law.

LASTMA – purpose and powers
LASTMA was established in the year 2000 by the Lagos State Transport Sector Reform Law 2018 (Transport Sector Reform Law). By virtue of section 28, the agency was tasked with the control and management of vehicular flow; ensuring compliance with national and state traffic laws that govern the safe use of vehicles on the road; deterring and apprehending road traffic offenders; conducting day and night patrols to enforce traffic rules; promoting and maintaining the standard practice of road management and safety.

LASTMA is also mandated to safeguard all roads and highways from encroachment, roadside trading, street hawking and alms begging. It is further required to ensure that incidences and severity of road accidents are reduced, and to protect all road users including pedestrians, vehicle users, and children crossing on roads.
Finally, it is its responsibility to educate the public on the proper use of the roads, traffic laws and penalties which they attract.

Section 27 (1) of the Transport Sector Reform Law gives the agency the power to arrest and prosecute traffic offenders and remove and impound vehicles. More so, the agency has the power to declare an offender wanted where he fails to answer to the existing charges. To deter offenders, LASTMA may also utilise a point rating system and apply the points attached to each offence. Where an offender has accumulated penalty points in one or more arrests, the agency has the right to withdraw the driving licence of an offender.

The schedule to Part III of the Transport Sector Reform Law itemises the penalties for traffic offences under LASTMA’s jurisdiction. For all 64 offences, fines ranging from N10,000 to N100,000 may be imposed.
For certain offences, vehicles may be impounded on the spot. Vehicles may also be impounded where a guilty offender is yet to pay the court-mandated fine. Other penalties for traffic violations include imprisonment and community service.

Read also: Some traffic offenses in Lagos and their penalties

In 2016, the Lagos state government inaugurated the Special Offences (Mobile) Court to summarily deal with traffic offence cases. At its inauguration, the then Chief Judge of Lagos state, Hon Justice Olufunmilayo Atilade said that the court will be manned by “highly qualified magistrates” of the state judiciary and will be operated in accordance with the rules of natural justice. Furthermore, lawyers from the Office of the Public Defender will be available to defend alleged offenders. This is to ensure that traffic offences are tried in line with the principle of fair hearing and that alleged offenders have an opportunity to prove their innocence.

Section 58 (1) of the Transport Sector Reform Law provides that any fine prescribed shall be paid either on the spot where it is imposed by a mobile court or within 48 hours upon issuance of a notification ticket by an authorised officer.

Furthermore, section 27 (1) empowers an officer of the LASTMA to prosecute any person reasonably suspected of committing or having committed an offence and impound a vehicle of the offender until the case is determined or disposed of.

Thus, when a person is stopped by LASTMA, they must be brought before a mobile court to determine their guilt. If determined guilty, they may pay the fine prescribed under the law, immediately, or return within 48hours to pay the stipulated fine.

The reality on ground – the validity of the arrests and legality of the proceedings of the Mobile Court
However, in practice, there are various allegations that many arrests are orchestrated by LASTMA officials. One prevalent example is that where there is traffic congestion, LASTMA officers may encourage motorists to take “one-way” only to have another LASTMA officer intercept them at another point with hefty fines and threats of impounding their vehicle if the driver does not “settle them”. There have been allegations of similar situations occurring with motorists who have asked for direction from LASTMA officials when lost, only to find themselves in the fires of the purported scheme.

For alleged offenders hoping to prove their innocence at Mobile court, there is little hope. According to a BusinessDay 2022 Report “Inside LASTMA where Trial is Formality, Guilt Certain”, “once a ticket or referral is issued, it is almost impossible to overturn the fine”.

The mobile court in Lagos sits twice a week on Tuesdays and Thursdays at 10 am. However, proceedings hardly commence until 3:30 pm when the magistrates typically arrive, even though alleged offenders have appointments from 10 am.

Alleged offenders are encouraged to enter a guilty plea in order to obtain expedited convictions because “the magistrate needed to be pleaded with to handle the cases before the court”. Also, entering a plea of guilt will save them demurrage to be paid on their already impounded cars due to the lengthy adjournments, which are currently at N1000 per day for cars, jeeps, minibuses and N2000 per day for six-wheelers and above. Furthermore, alleged offenders who came with their lawyers are informed that under the circumstances there is no time to present their cases.

While it may be inferred from Section 43(d) that fines and sales from impounded vehicles constitute a source of funds for LASTMA as well as the court, sending out law enforcement agencies that produce no goods and sell no services, on a money-raising expedition will only breed gross illegalities.

This is clearly an infringement of the fundamental right covered under Section 36 of the Constitution, by which every accused is innocent until proven guilty and is entitled to a fair hearing within a reasonable time by a court or tribunal established by law in the determination of his rights and obligations. Every person charged with a criminal offence is entitled to defend himself in person or by legal practitioners of his choice. The law makes no exception for simple offences.

LASTMA’s & the Mobile Court’s revenue-generating function
Following the allegations of the practice on ground and the vast departure from the governing law, one is left to wonder which of the many ills plaguing our society is responsible for it.
A possible cause may be the implied revenue-generating function of LASTMA and the Mobile courts.
Section 43 of the Transport Sector Reform Law provides four sources of funding for LASTMA: advances from the state government by way of loans or grants; advances from government agencies, institutions, international organizations, private foundations or persons; investment or other property acquired by or vested in the Authority, and all other sums or property which may in any manner become payable to the Authority in respect of its powers and duties.
According to the BusinessDay report earlier mentioned, the target revenue of the agency in 2016 and 2017 stood at N1.05 billion and N1.3 billion naira respectively. In 2020, it was raised to N1.5 billion.

The Lagos state government insists that “the revenue target of the agency was increased because LASTMA needed more personnel and more equipment”. To buttress this, Gbenga Akosile, Chief Press Secretary to the governor of Lagos said, “the Budget and Economic Planning Ministry now challenged them that if they want the government to give them the things they need, they should be able to perform better in their revenue drive.”
This shows that the LASTMA is considered a revenue-generating body and is an important contributor to the internally generated revenue of the Lagos state government.

The mobile courts are not left out of the revenue generation. The report showed that the “Lagos state government carries out a review of the performance of the magistrate, and one of the criteria for salary review and promotion is how many cases a magistrate is able to give a verdict and those with records of low fines are frowned upon”.

It seems then that the revenue-generation expectations from both LASTMA and the mobile courts may be encouraging illegalities which may be resulting in unnecessary losses for the individuals through fines and the auctioning of vehicles. Where this is true, then LASTMA is clearly contravening its immediate mandate to “create an atmosphere for sustainable social and economic growth by ensuring free traffic flow in the state”.

While it may be inferred from Section 43(d) that fines and sales from impounded vehicles constitute a source of funds for LASTMA as well as the court, it is integral to the rule of law and effective adjudication that we do not lose sight of the fact that traffic penalties are by their nature meant to be deterrents and are not retributive. Sending out law enforcement agencies that produce no goods and sell no services, on a money-raising expedition will only breed gross illegalities.

LASTMA boldly proclaims on its website that its vision is “to reduce deaths, injuries and economic losses through road traffic accidents, conflicts, congestion and delays on the public highways in Lagos state”. In a 2021 Connectivity and Productivity report by the Lagos-based Danne Institute for Research, Lagos loses about four trillion Naira yearly as a result of traffic congestion. According to the report, the loss was a culmination of an estimated 14.12 million hours lost by Lagosians while commuting to work on a daily basis.

If LASTMA, and the mobile court by extension must be evaluated for revenue generation, it is highly probable that an assessment of its ability to save Nigeria 4 trillion Naira through traffic decongestion will be acceptable to most Nigerians.