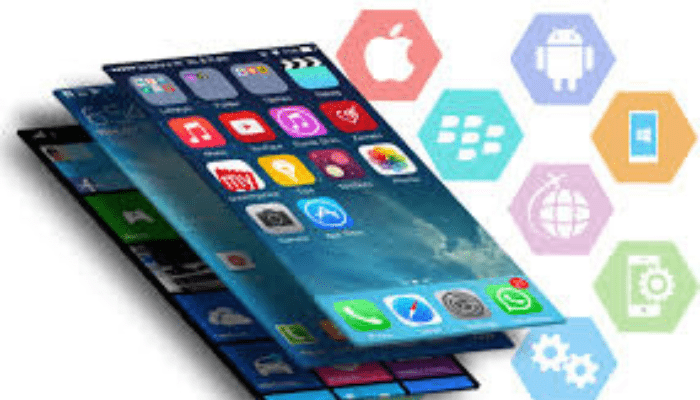 An application software (app) is a program or group of programs designed to help customers perform particular activities. These apps, which are usually on our electronic devices, are used to control several things ranging from health & fitness, music, movies, online shopping, and gaming to mobile money transfers and even household appliances. Indeed, in today’s rapidly transforming digital world, there is an app for almost everything!

However, while apps exist to satisfy the needs of customers, business owners can make a fortune through the use of these apps. Indeed, the most profitable apps are the ones that gratify customers and convert them into long-term users.
For instance, a report issued by SensorTower, a U.S based mobile app market intelligence firm, shows that in 2019, mobile users spent $1.27 billion on the top 10 subscription video on demand (SVOD) apps in the U.S alone. Similarly, on a global scale, the top 5 video streaming services, with Netflix leading the pack, made over $2.2 billion.

With such revenues streaming in from profitable apps, businesses are rapidly getting involved in developing apps, thus making the market much more competitive. While some developers keep the competition fair by creating unique apps, some do not hesitate to make profits by copying already existing apps.

Consequently, it is worth protecting apps against replication in the present marketplace. But how can business owners and developers avoid infringement claims and protect as much as possible, the creativity and inventiveness that is put into the development of their apps?

One of the most effective ways apps can be protected is by effectively utilising intellectual property (IP) rights from the initial concept to the launch and eventual commercialisation of the app.
These IP rights include patent, copyright, trade secrets and trademarks and they each protect different components of an app. We consider them below.

Patents
Patents are granted to an inventor to own and enforce his invention. A patentee is granted the right to preclude any other person from reproducing or offering the invented product for sale. However, the invention must be new or constitute an improvement to a previously-patented invention and be capable of industrial application. A patent cannot be granted for an invention that is against public order or morality.

A patent is registrable and expires 20 years after the date of filing the patent application. Once a patent expires, it can no longer be renewed and enters the public domain.
Although the Nigeria Patent and Designs Registry refuses to register apps occasionally, it is arguable that in general, the technological ecosystem of apps is a subject matter for patentability. For instance, a virtual keyboard, when introduced in mobile phones for the first time, was a patentable subject matter. Several front-end elements in apps can also be patentable for their novelty. Furthermore, the ways the apps communicate with a server or other mobile devices may also be a subject matter of patentability.
Nevertheless, even though some of the apps may not be protected as patents, they can be protected as copyrights or trade secrets.

the top 5 video streaming services made over $2.2 billion. With such revenues, more businesses are developing apps. While some keep the competition fair by creating unique apps, some do not hesitate to make profits by copying

A recent high-profile suit involving the breach of confidentiality agreements was the case of Waymo v Uber. A self-driving car engineer, Anthony Levandowski, was working with Google’s subsidiary, Waymo until he left them for Uber. Apparently, Levandowski allegedly swiped 14,000 confidential documents from Waymo and delivered them to Uber.
Waymo brought a $1 billion suit against Uber which was eventually settled for $245 million. Without confidentiality agreements in place, it may have been difficult for Waymo to prove its case.
Many business owners that conceive the idea of developing an app usually have information on their application that qualify as trade secrets. However, some of these business owners are not computer programmers or software developers and would need to engage professionals to develop the app. Using an NDCA or a non-compete agreement can restrain the developers from disclosing trade secrets to third parties or new employers.

Copyright
Since copyright allows protection of the original work of authorship for literary and creative works, it is beneficial for securing computing codes, software and the presentation of apps during its workflow on different screens. Other features of apps that can be secured under copyright protection include images, videos, and sound. More complex apps may, in addition, include live streaming and allow user-generated content.

Generally, copyright comes into effect as soon as one creates something new and unique, and there is no legal requirement for copyright registration. However, one can file an application with the Nigerian Copyright Commission and obtain a certificate of notification which could be advantageous in a Copyright Infringement case.
The decision to file a combined application for multiple subject matters, including user interface, layouts, images, etc., or separate copyright applications for each depends on the issues under consideration and can vary from case to case.

Trademarks
A trademark is a sign, logo or word that is used to identify certain goods and services as those produced or provided by a person or a business. It works in different ways in favour of the owner of the app.
Apps operate following a particular process. For instance, each app first reaches the online platform, then gets downloaded by users on their devices, and is then continuously used by the users. It, therefore, serves as an identifier and makes the app easily identifiable. Be it during online promotions, downloading, or after downloading, the name and logo of the application are crucial assets as these are what make the customers identify a particular app.

Furthermore, where the app becomes successful, competitors may want to imitate the name and logo to mislead customers. Having a registered trademark would mean that competitors are less likely to imitate it.
Thus, registering the name and logo as a trademark is important as it may not only prevent others from infringing the name or logo but could also establish goodwill that would attract the users to download and use the app.

Conclusion
Apps can be regarded as fast-moving technological products that often start off as a small part of a business that can potentially become very valuable. A prime example is WhatsApp, an instant messaging app where the app has become the entire business.
This is why it is important to always devise an appropriate IP protection strategy that allows the business owner to extract maximum profits from the app without being bothered about infringers.
Nevertheless, although the protection of IP rights is important, it is the effective execution of a business strategy that really makes an idea or app valuable.