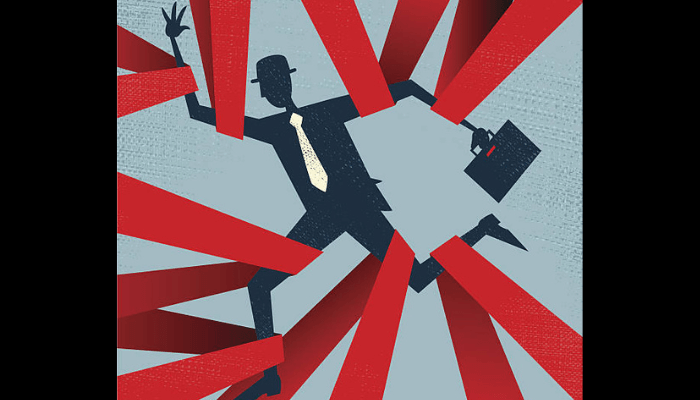 Several months after the announcement of the deal between ExxonMobil and Seplat for the sale of shares of ExxonMobil in Mobil Producing Nigeria Unlimited, the transaction continues to drag on, fraught with procedural and regulatory challenges.
First, it was the Nigerian National Petroleum Corporation’s (NNPC) assertion of a right of first refusal. NNPC alleged that ExxonMobil had not first offered the shares to the corporation before offering them up for bidding to other entities per the provisions of the Joint Operating Agreement between the parties.

Now, it is ascension to, and then withdrawal of ministerial consent to the transaction. Earlier this month, President Muhammadu Buhari, in his capacity as Minister of Petroleum approved the deal allowing Seplat to acquire the entire share capital of Mobil Producing Nigeria Unlimited from Exxon Mobil Corporation, Mobil Development Nigeria & Mobil Exploration Nigeria (both registered in Delaware. He had given his consent, he says, “in consonance with the country’s drive for Foreign Direct Investment in the energy sector, and the extensive benefits of the transaction to the Nigerian energy sector and the larger economy”.
Subsequent to the ministerial consent by the President, Engr Gbenga Komolafe, the Chief Executive of the Nigerian Upstream Petroleum Regulatory Commission (the Commission), rejected Buhari’s consent for the approval of the deal. He added that the commission had earlier communicated its rejection of the application to Exxon Mobil.

After objections from the Commission, the President withdrew his consent alleging that “the agencies have not coordinated well among themselves”, and having looked at all the facts of the deal, decided that “the position of the regulator is to be supported”.

The Seplat -Exxon Mobil transaction is a 1.283 billion dollar transaction with many touted benefits to the sector and the nation in tow. Since the fall or success of the deal hinges on the adherence or lack thereof to regulatory processes, as well as the accurate interpretation of the same, in this article, we will review the legal requirements for obtaining such consent, under the two relevant laws, the Petroleum Act 1969 (PA 1969) and the Petroleum Industry Act, 2021 (PIA 2021).

Under the PA 1969, paragraphs 14-16 of the First Schedule stipulate that ministerial consent is required for any divestment or reallocation but do not specify the procedure for obtaining consent. Thus, the procedure for granting consent is left to be covered by regulations and guidelines. Consequently, in March 2021, the Department of Petroleum Resources (DPR) brought out new guidelines titled “Guidelines and Procedures for obtaining minister’s consent to the assignment of interest in oil and gas assets pursuant to paragraphs 14-16 of the First Schedule to the Petroleum Act…, Section 17(5) of the Oil Pipelines Act … and The Petroleum Drilling Regulations 1969, as amended”.

Under the Guidelines, except where it is an assignment by reason of the operation of law (which this transaction isn’t), Rule 4.1 of the Guidelines makes it the responsibility of the Assignor, in this instance – Exxon Mobil – to obtain the Minister’s consent. Rule 4.2 requires Assignor to notify the DPR of its intention to carry out an assignment; state the reason for the proposed assignment; the method for conducting the assignment, and the possible technical and economic value such an assignment would bring to the operation of the licence or lease. Rule 4.3 stipulates that the Assignor shall submit to the DPR a shortlist of candidates who have successfully completed the technical evaluation, and upon the receipt of this list, the DPR shall determine whether they are acceptable to the Government of Nigeria.

Only after the Assignor has fulfilled the above requirements can it submit a written application to the Director of Petroleum Resources requesting Minister’s consent. Rule 5 stipulates the list of documents required for this request and Rule 7 of the Guidelines speaks of the grounds upon which the Minister’s consent may be granted.

Thus, under the PA 1969, applications for consent are made to the Department of Petroleum Resources, (“DPR”). Through this process, the DPR performs its regulatory oversight to ensure that the Assignees are financially and technically viable and acceptable to the federal government, among other requirements. Based on the outcomes of this review, the DPR would make a recommendation to the Minister of State, who would then pass the recommendation and request for consent on to the President, for his approval in his capacity as the Minister of Petroleum. After the approval, it is returned to the Minister of State, who then sends it back to the DPR, instructing the DPR to convey the approval to the parties.

Thus, the provisions under the PIA are clear, applications must go to the Commission and then after passing muster with the commission to the Minister for consent.

In conversation with legal experts, BusinessDay ascertained that Section 311 (9) does preserve the PA 1969 “until the termination or expiration of oil prospecting licenses and oil mining leases”. However, Section 311(1) states that “any act, subsidiary legislation or regulation, guideline, directive and order made under any principal regulation repealed or amended by this Act shall in so far as it is not inconsistent with this Act, continue in force mutatis mutandis as if they had been issued by the Commission or Authority under this Act until revoked or replaced by an amendment to this Act or by subsidiary legislation made under this Act and shall be deemed for all purposes to have been made under the Act.”

While it has been stated that Section 95(7)(a) may suggest then that a direct application can be made to the Minister of Petroleum, experts in both sectors informed BusinessDay that this is a gross misinterpretation of the law. For legal experts, not only does the section specifically state that it is the Commission’s recommendation that is to be rejected, but to interpret this section as permission for parties to bypass the Commission makes a mockery of the literal law as well as the intention of the law to establish a fair, transparent and verifiable process for assignments in the sector. For energy sector experts, the procedure under the PIA 2021, is well-known industry practice.

Given the above, this then raises more questions. At what point can the actions of the parties be considered an error, oversight or misunderstanding? What was placed on President Buhari’s table? Who placed it there? And if, in error, a direct application was made to the office of the President, why was it not forwarded to the Commission?