Will China’s bold move into cocoa repeat history for Nigeria? 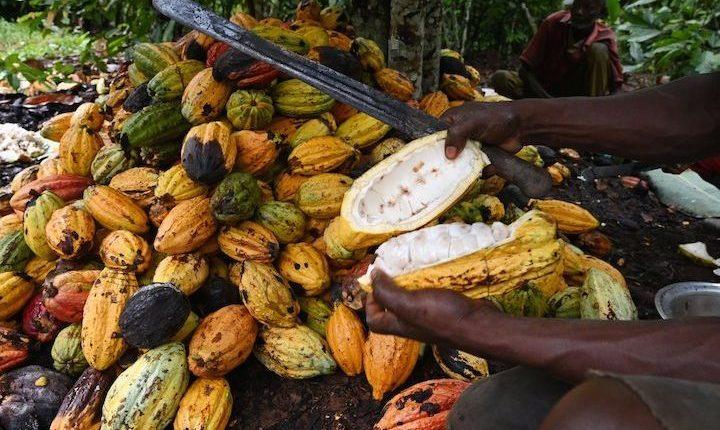 Africa’s competitive advantage in the lucrative cocoa production is getting unexpected competition from China and Australia.

Climate suitability for cocoa cultivation across millions of hectares of arable land had for decades, given African countries like Cote D’Ivoire, Ghana, Nigeria a competitive advantage in producing the commodity, which is widely used in the beverage industry.

In Nigeria, a popular myth has it Malaysia’s booming palm oil industry came from behind to overtake Nigeria’s and with a bold step from China, history just might repeat itself a few years down the line.

China, the world’s industrial hub recently reported exporting 500kg of cocoa beans produced in the town of Xinglong, Hainan, an island in South China. Valued at about $3,600, it was subsequently exported to Belgium, signaling what may be China’s first step toward becoming a cocoa producer and exporter. Little as the volume seems, it is indicative of what possibilities exist if countries not traditionally into cocoa production decide to give African producers like Nigeria a run for their money.

Following closely is Australia where Mondelez international and its Cadbury Australia subsidiary are set to invest $59 million to upgrade its production facility in Tasmania from 50,000 MT to 70,000 MT.

The endgame of which is to commercially cultivate cocoa, despite Cadbury currently sourcing its cocoa beans from Ghana and Asia for its Australian products.

This is coming shortly after Ghana, which is the top exporter of cocoa worldwide and has the best quality seeds in Africa announced its decision to halt the export of its cocoa, with the aim of enhancing its agricultural productivity by processing more of its cocoa.

China’s strategic move and its reputation as an industrial hub reputed for fast adoption of technology, research and development could mean a repetition of the palm oil production myth that saw Malaysia coming from far behind to overtake Nigeria in terms of palm oil production and export.

In the early 1960s, Nigeria was the world’s largest palm oil producer with a global market share of 43 percent, it has since dropped to become the 5th largest producer with less than 2 percent of total global market production of 74.08 million MT, according to PricewaterhouseCoopers (PwC).

By 1966, Malaysia and Indonesia surpassed Nigeria as the world’s largest palm oil producer. Since then, both countries combined to produce 84 percent of total global output, with Indonesia alone responsible for 58 percent of global output and Malaysia accounting for 26 percent, according to the United States Department of Agriculture (USDA).

Presently there are 45 major producers of cocoa worldwide, the top five countries are Ivory Coast, Ghana, Indonesia, Nigeria, and Cameroon according to the World Atlas. With this new development, African cocoa producers, particularly Nigeria could be displaced by China within the next 5 to 15 years, if the Asian country intensifies efforts and Nigeria traditionally does little or not to improve its standing.

“Cost of production is a major competitive factor for exported raw materials, we don’t know how much China is incurring producing cocoa in Hainan,” said Yusuf Ogunbiyi, Investment Manager, AFEX, Nigeria. “One thing we might need to look at is the technology they are using to produce, at what cost it is to them, and is that technology going to give them a cost advantage.”

Experts are of the opinion that if Nigeria does not improve on the quality of its cocoa beans, its recipients for cocoa could be snatched by China. This could cause a fall in Nigeria’s exports as the demand for cocoa will drop, consequently, its export earnings will be affected.

In 2020, Nigeria’s total trade earnings were N32.42 trillion, with N1.43 trillion from over 20 non-oil commodities. Between October and December, Nigeria earned N8.24 billion from the sale of its good fermented and superior quality cocoa seeds to eight countries including China, Indonesia, Netherlands, Belgium.

During the pandemic, prices of cocoa experienced a pendulum-like movement, mostly dropping than rising, in addition to this, the demand for chocolate fell further affecting the cocoa market.

Fiifi Boafo, public affairs manager, Ghana COCOBOD, in interaction with Citi Business News said that generally the cocoa market has been saturated as the consumption rate is lower than the production rate; hence a new entrant in the space under this circumstance will cause a nosedive in the prices of cocoa.

Beyond the possible challenges, this poses for Nigeria as a cocoa producer, it also holds lessons for the country to learn. According to the Food &Agriculture Organization, Cocoa needs a high temperature, plenty of water, and air that is always moist, also the crop takes between three to five years between planting, maturity and harvesting, it can however continue to bear fruits for another 30 years.

Despite China’s extreme weather conditions, the country braced up to maximally utilize a tropical province and proceeded to plant cocoa.

“The move by China holds lessons for Nigeria regarding the use of science and technology, China’s climate condition typically does not meet the requirements for cocoa production however the 500kg produced shows how much research and science can be used to improve the production of coca,” Ogunbiyi said.