What to know about Kemi Nelson, the late women leader of APC 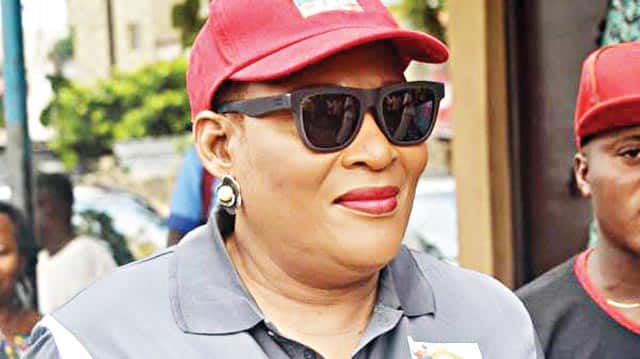 The late Nelson was born to the family of Tinubu-Meredith and Laja on February 9, 1956. She had her primary school education at Anglican girls Primary school Surulere and Anglican Girls Grammar School, Ijebu Ode.

She was a teacher at Corona School Apapa for a short period of time before enrolling for Nursing and Midwifery courses at the University College Hospital Ibadan. She was the former Lagos State Commissioner for Establishment, Training and Job Creation.

Kemi began her political career during President Ibrahim Babangida-led military regime in the late 1980s and early 90s when she joined the National Republican Convention (NRC), one of the two parties founded and funded by the government.

During this period, there were not too many female participation in politics and she became exposed to party politics as she was occupied with big assignments including the chairmanship of NRC’s electoral committee for the par­ty’s presidential primaries in Osun State.

During the administration of Asiwaju Bola Ahmed Tinubu as the governor of Lagos State, Kemi was Commis­sioner for Establishment, Training and Job Creation, Women Affairs and Poverty Alleviation.

She was the Party’s Lagos West Senatorial Candidate 1992, Chairman, Republican Electrical Panel (RECA) in Osun State, member, National Ways and Means Committee and the National Finance Committee of NRC and a national delegate to the party’s convention in Port Harcourt 1993.

Before the news of her death on Sunday, 17, July, 2022, she was the South West Zonal woman leader of All Progressive Congress (APC).

In recognition of her numerous achievement in Nigeria and women politics, Kemi was honoured with several awards including the Distinguished Florence Nightingale Fellow (DFNF) award, Order of Merit by Rotaract Club, Award for Excellence by the National Union of Lagos State Students (NULASS) and other awards that crown her efforts.