What to know about 12 Nigerian states owing salaries 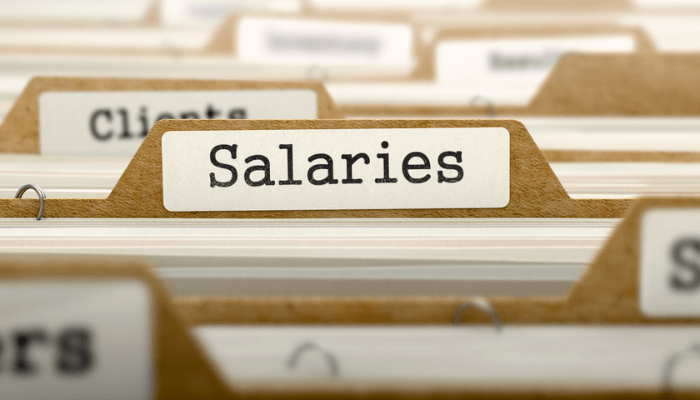 A recent 2022 Nigerian Sub-National Salary Survey by BudgIT, a Nigerian civil tech organisation, identified 12 out of the 36 states in the country that owe their civil servants at least one month’s salary as at July 31, 2022.

A further analysis of the survey also shows that of the above mentioned states, Imo, Cross Rivers, Adamawa, Abia and Edo have the most miserable Nigerians as their cost of living has surged amid record-high unemployment, making them poorer.

“We conducted this empirical survey to spotlight and identify state governments that have consistently failed to meet the essential requirement of governance and employee compensation, thereby subjecting their workers to unpaid labour and harsh living conditions,” BudgIT stated in a press statement.

Damilola Adewale, a Lagos-based economic analyst said people being owed salaries might lead to higher incidence of poverty because they will struggle to pay for the basic needs of life.

“It is devastating at a time when we are seeing sustained increase in the prices of commodities and services.”

The misery index, an indicator used to determine how economically well off the citizens of a country are, has hit 74.3, 73.6, 71.0, 69.3 and 67.8 percent in Imo, Cross Rivers, Adamawa, Abia and Edo, according to data from the National Bureau of Statistics (NBS). The index is calculated for the states by adding the seasonally adjusted unemployment rate to their June inflation rate.

The survey also highlighted that Abia State currently owes its state tertiary institution workers six months’ salary, while Ebonyi has not paid its pensioners in the last six months.

“Secretariat workers in Taraba State complained of irregular salary payments for up to six months, while lecturers at state tertiary institutions and midwives in the state-owned hospital in Ondo State have not been paid a dime in the last four months,” it stated.

According to Joseph Anthony (not real name), a secondary school health institution worker in Abia, the state government has not paid salaries in the last 10 months. The payment made to him in 2021 was his basic salary, which did not include other allowances.

Apart from the survey, a similar one conducted in 2021 by SBM Intelligence, also identified Ondo, Abia, Ebonyi, Plateau, Imo, and Benue as the states with the highest percentages of informal workers who are owed wages.

Given the seeming absence of regulation in the sector, the payment of wages is greatly dependent on the discretion of employers, say analysts at SBM.

“The sector is largely unregulated; making many malpractices going unnoticed, tucked away from the public discourse, and often without consequence,” they said.

Over 90 percent of Nigeria’s working population spends 60 percent of their income on food and related food-related expenses.

And so, with the cost of living which has reached an five-year high at 18.60 percent at June 2022, BudgIT called on the various state governments to urgently address this glaring inability to pay workers’ salaries as the attitude, enthusiasm, productivity and survival of state workers and their families are directly related to the timeliness of their remuneration.

Others urged them to depend less on the Federation Account Allocation Committee allocations (FAAC), but should rather concentrate on tapping opportunities in the areas of their respective states.

“The leadership of these states needs to remove the mindset of letting FAAC be their main driver of revenue generation because their dependency on FAAC has made them very lazy in terms of developing strategies that will promote economic development,” Adewale said.