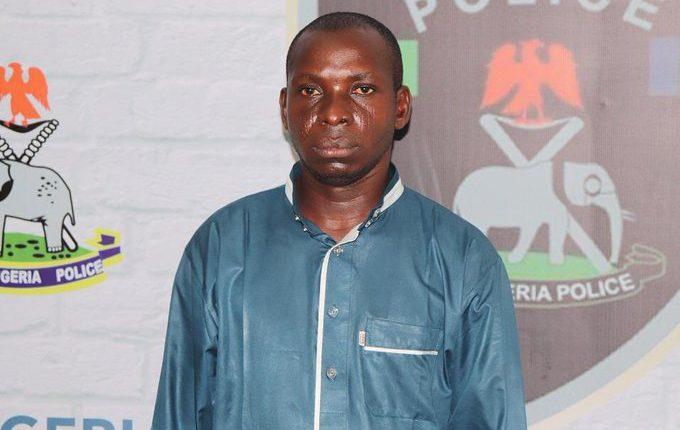 The Federal Government on Monday tendered six guns as exhibits against the Taraba State’s kidnap kingpin, Hamisu Bala, otherwise known as Wadume, and his co-defendants.

The prosecution alleged that the guns were recovered from the defendants at Ibi in Taraba in the course of investigation into kidnapping activities of the defendants.

Meanwhile, attempt by the prosecution counsel to tender statements of the defendants was rebuffed by counsel to the accused who objected on the grounds that the statements were made in Hausa language but only the English version of them were presented before the court.

The 5th prosecution witness, Samuel Abdullahi, in his testimony before Justice Binta Nyako of a Federal High Court, Abuja, while being led in evidence, told the court that his team that investigated Wadume and his codefendants retrieved the six guns from the kidnap kingpin.

According to the witness, Wadume instructed Rayyanu Abdul, the 7th defendant, based in Ibi to move the guns, which belong to him, to a safe place, but when told that they needed money for spiritual prayers over his matter, Wadume ordered that two of the rifles be sold to raise money for that purpose.

He said Bashir Waziri (aka Babaruns), the 5th defendant was in the Sharon vehicle that the military used in chasing the police operatives, which they shot, killing three policemen and two civilians, while the vehicle in which the police operatives were travelling summersaulted as a result of bullets rained on it.

The prosecution witness said that the six guns were retrieved from Bashir Waziri and Uba Bala, who were also defendants in the matter and kept in the custody of the exhibit keeper of the Nigeria Police.

The said guns, which were brought to court were tendered through the witness and admitted by the court as exhibits B, B1 to B5.

Meanwhile, attempt to tender statements of the defendants made to the police were objected to by their counsel.

Wadume and his codefendants are standing trial on charges bordering on terrorism and kidnapping brought against them by the Federal Government.

It would be recalled that Justice Nyako denied the defendants bail, saying she “saw no reason to grant them bail,” having given their trial accelerated hearing.

The judge however ordered that the defendants be moved from the custody of the Special Anti-Robbery Squad (SARS) of the police to the Kuje Correctional Centre in Abuja.

She also ordered that the authorities of the Correctional Centre in Kuje allow the defendants access to medical facility and their lawyers while in their custody.

Wadume and his co-defendants are standing trial on a 13-count amended criminal charge bordering on terrorism, kidnapping and collection of N106m ransom, among others.

They pleaded not guilty to all the charges read to them and their lawyers accordingly moved their bail applications, which Justice Nyako declined to grant.

Wadume was first arrested in Ibi, Taraba State, on August 6, 2019, by policemen from the Intelligence Response Team of the Inspector General of the Police office.

He was arrested for a kidnap case in which he was said to have demanded N106m as ransom.

The alleged kidnapper was being conveyed from Ibi to Jalingo, when some soldiers, led by Captain Tijjani Balarabe shot at them, killing three of the policemen to free Wadume from custody.