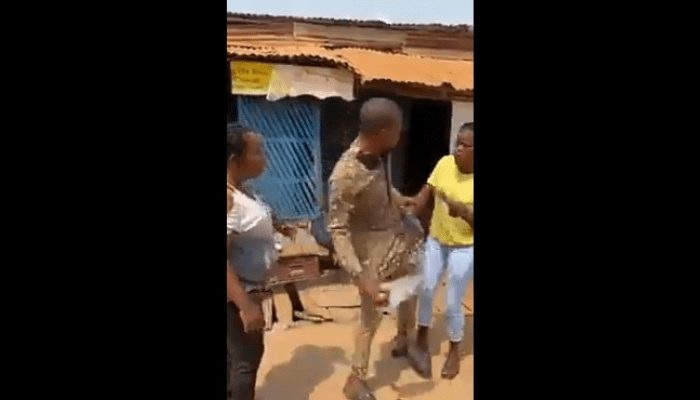 A video circulating on social media shows the need for the Central Bank of Nigeria (CBN) to focus more on creating awareness for the citizens on the newly designed naira notes as low awareness is causing misunderstanding among traders and buyers.

In the video, whose source is yet to be ascertained but has been forwarded many times on WhatsApp, a roadside restaurant owner is seen harassing a customer who bought food from her and paid with the new naira note.

The restaurant owner accused the customer of trying to defraud her with ‘fake money’. She went further to call on passers-by to intervene in the situation and those she called also clearly didn’t know that the naira had been redesigned and was in circulation thus worsening the situation for the customer who was clearly embarrassed.

It took further intervention of more people before the customer could be allowed to go, after a passer-by exchanged the new note for an old one with the customer whose clothes had been shredded by the restaurant owner.

See the video below