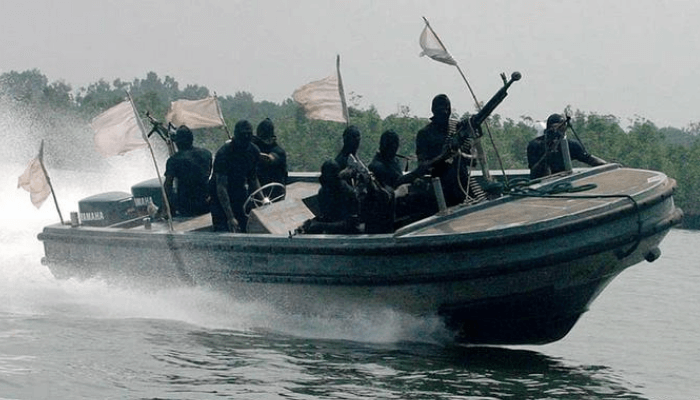 Bernard Onyeuko, director, defence media operations (DMO), who disclosed this on Thursday in Abuja, said the suspects are notorious for the series of armed attacks on oil vessels, kidnapping of expatriates and illegal oil bunkering within the state.

Onyeuko said the pirates known as Fagha Golden (aka) fine boy and Victor Elkanah (aka) Victor Padi were both arrested in Rivers State.

The director further informed that the troops during its operation also discovered and destroyed several illegal oil refining sites in the last two weeks. According to him, they include 37, 68 dugout pits, 188 storage tanks, 33 wooden boats, 175 cooking ovens and 23 rounds of 7.62mm ammunition.