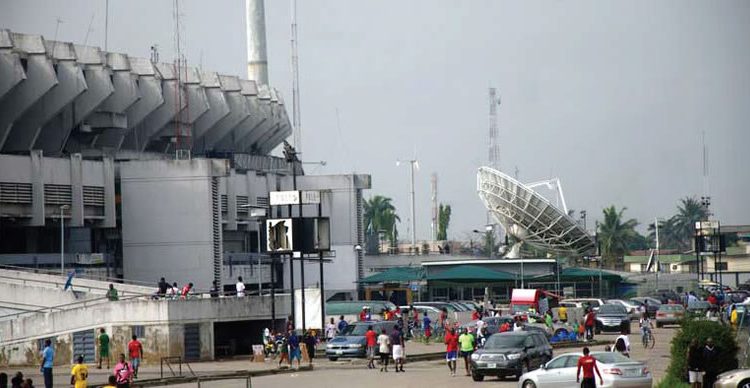 Ahead of the match between Super Eagles and Lesotho on Tuesday at the Teslim Balogun Stadium in Surulere, partial restrictions of vehicles will be placed on surrounding areas, Lagos State government said on Sunday.

The state government, in an advisory sent out on Monday, said vehicles moving towards the stadium from Ojuelegba to Alaka and outbound to Marsha area will be restricted from 10am.

“This would imply vehicles approaching Teslim Balogun from Ojuelegba and Alaka/Eric Moore can only pass by on the flyover. No car can drive around the stadium from that time till 10pm,” the advisory said.

Vehicles with VVIP stickers or tickets will access the stadium and park in. Cars carrying passengers with tickets can approach and enter the National stadium to park.

Pedestrians without tickets will not be allowed into the stadium.