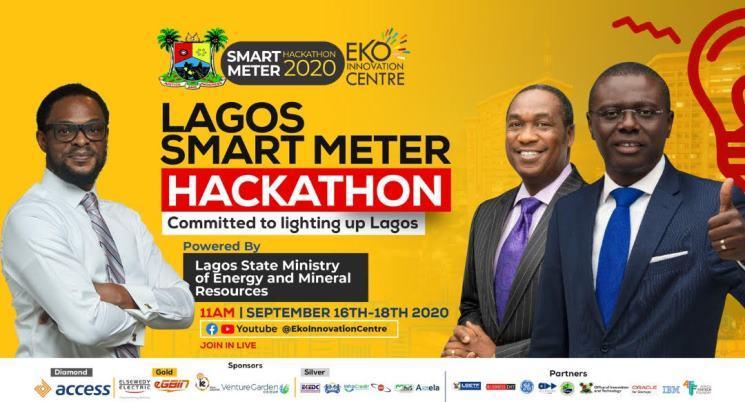 The Babajide Olusola Sanwo-Olu administration is committed to improving the lives of Lagosians by delivering on the T.H.E.M.E.S. campaign promises. The administration identified a 60% metering gap which affects the last-mile distribution to customers and causing revenue leakage.

This prompted a partnership of the Lagos State Government [through the Ministry of Energy and Mineral Resources] and Eko Innovation Centre to facilitate a meter design hackathon that will develop an affordable and smart metering system.

274 entries were received and 65 Prototypes submitted from every part of the country. Our seasoned and experienced judges worked hard to pick the best 10 teams and prototype meters that will make Lagos shine brighter.

On Day 1 of the Lagos Smart Meter Hackathon, Five (5) contestants pitched their hardware ideas towards resolving the 60% metering gap in Lagos. The teams are code-named Power Bit Crunchers from Lagos, Tech Wizard from Kaduna, Team Gaddoz from Lagos, Smart Energy from Enugu and Cosmos Automation from also from Enugu.

The software team – Megatronics, Vectorians, Zeena, Gideon and Chosen Soft – also presented their ideas on Day 2 of the hackathon. The prize money also increased from N7 million to N9 million with two of the judges sponsoring with N1 million each.

Today at the grand finale, the Governor will be announcing the final winning teams.

Who deserves the crown? Who will make Lagos shine brighter?