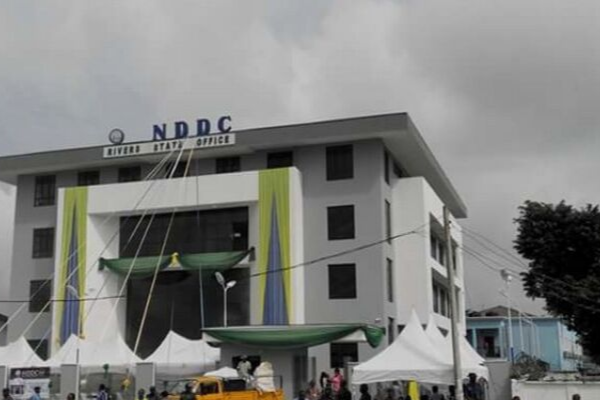 The Senate is currently meeting with relevant stakeholders on the alleged N40 billion illegally expended by the Interim Management Committee (IMC) of the Niger Delta Development Commission (NDDC).

The Senate Committee on Niger Delta is probing the matter and is scheduled to hold an investigative public hearing today, Thursday, in Abuja.

President Muhammadu Buhari had constituted an Interim Management Committee (IMC) to manage the affairs of the commission and had also ordered a forensic audit of the finances of the NDDC.

This development, it was gathered, was necessitated to forestall the financial recklessness of the commission and reposition it for fast-tracking of the development of the region.

But the Senate discovered that the IMC was bedevilled by the same financial misuse, misapplication, misappropriation or outright fraud in the management of the funds of the commission, and resolved to investigate it.

Consequently, the Red Chamber, led by Senate President Ahmad Lawan, had quickly constituted a seven-man adhoc committee to carry out the probe.

The committee was headed by Olubunmi Adetunbi (APC, Ekiti North).

Immediately after the Senate began probe of the commission, the Acting Managing Director of NDDC, Kemebradikumo Pondei had levelled allegation of witch-hunt against the National Assembly, particularly the Senate.

The Senate, however, perceived the move by the acting MD as a calculated ploy to frustrate the forensic auditing being carried out by the Presidency.

Also, the Senate Committee on Niger Delta Affairs chairman, Peter Nwaoboshi (PDP Delta North), had alleged that the Minister of Niger Delta Affairs, Godswill Akpabio, collected contracts worth N500 million from NDDC in 2017 without executing them, despite receiving full payment.

But Akpabio had swiftly fired back through the IMC by alleging that Nwaoboshi similarly collected N3.6 billion worth of contracts from the commission in 2016, without any execution.

As the Senate meets with the relevant stakeholders Thursday, in an investigative public hearing, it is expected that the real facts would certainly emerge.