While Olusegun Awolowo, Jnr, knew little about the Nigerian Export Promotion Council (NEPC) before he was appointed to head it in 2013 by former President Goodluck Jonathan, he would later spend the following four years delivering exceptional leadership. This earned him reappointment for a second tenure by President Muhammadu Buhari, when his first tenure expired in November 2017.

It is safe to surmise that he got reappointed in appreciation of the zeal and passion he brought into the Zero Oil Plan, an economic blueprint for Nigeria to boost non-oil exports, among several others. Through his leadership at NEPC, Nigeria has been able to scale up the export of non-oil products, through the Zero Oil plan in synergy with other agencies. 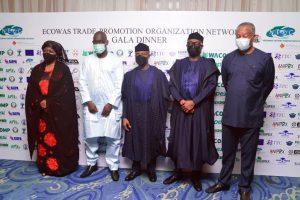 Mr. Awolowo’s first appointment as CEO of NEPC by former President Jonathan on the recommendation of former Minister of Industry, Trade and Investment of Nigeria, Olusegun Aganga. He recalls his initial acquaintance with the Council: “It was the first time I was hearing of NEPC because in the ministry, the most popular were Nigerian Investment Promotion Commission (NIPC) Bank of Industry (BoI), Industrial Training Fund (ITF) and others, with NEPC quite low in terms of popularity.”

The grandson of the political colossus of the old Western Nigeria, Obafemi Awolowo was already equipped with the confidence to take on a daunting responsibility on the strength of his exposure to such high flyers as Ngozi (Okonjo-Iweala), Nasir El-Rufai, Oby Ezekwesili, Charles Soludo and others in the administration of former president Olusegun Obasanjo. 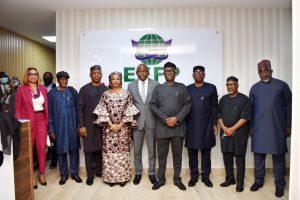 Before his time at NEPC, he worked as a special assistant to president Obasanjo, who challenged him, instead of “just making noise outside” to “come and see what it is to be inside government.” As special assistant to the president on traditional institutions, Mr. Awolowo harped on the idea of briefing the traditional rulers on government programmes. “The exercise was an eye-opener — the traditional rulers knew the workings of government and its programmes and intentions,” he enthuses in fond recollection of his efforts. 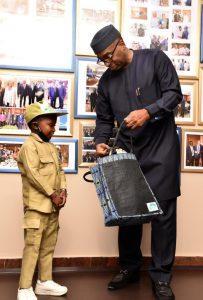 He also worked in President’s office with Oby Ezekwesili in the Budget Monitoring and Price Intelligent Unit (BMPIU known as the Due Process Office), which became the Bureau of Public Procurement (BPP). After president Obasanjo’s tenure, he was a secretary for Social Development at the Ministry of the Federal Capital Territory during the tenure of Aliu Modibbo.

From there, he moved to the Transport Secretariat where he was part of the team that pushed the agenda for the development of the rail system. After, Modibbo he worked with Adamu Aliero; then with Bala Mohammed, who assigned him to supervise the Area councils in FCT.

Once he had read the Nigeria Industrial Revolution plan (NIRP), he got cracking on the job. “From research, I realized that really and truly, we’ve been doing it wrong,” he reflects. “We have not put exports on the front burner of our national development. Most of our development plans have not really looked into exports. And I knew that was really a major concern. After doing research, I found out that the major problem is that we’re not even producing enough. I will come to quality, standards and everything later, but beyond that, we’re not even producing enough.”

He has collaborated with key players like the Nigerian Investment Promotion Commission (NIPC), Standards Organization of Nigeria (SON), NEXIM bank, NEPZA, etc. to end the era of everybody working in silos, with no shared information on the nation’s export potential.

Mr. Awolowo facilitated the development of the Zero Oil Plan, an audacious and ambitious initiative under which NEPC identified 22 sectors where Nigeria can earn $30 billion in foreign exchange.

He found an ally in the National Economic Council (NEC), which is chaired by the Vice President and has the 36 state governors and other ministers. NEPC has also worked with the Commonwealth Secretariat to develop a plan for export of services, a plan he handed over to the Minister of Communication and Digital Economy to continue driving it, because digital economy really means trading in services.

“I have been a meddlesome interloper in many more ways than one because I go from ministry to ministry, agency to agency trying to drive this,” he highlights his approach.

Under Mr. Awolowo, NEPC got an approval of almost N350 billion from President Buhari for incentives through the Export Expansion Grant (EEG).

NEPC has also been able to energize the Export Development Fund, which is a fund for MSMEs to draw them into the export business. It started under the N50 billion export expansion grant from the federal government. “We are taking almost 2000 companies,” he says. “We’ve given them grants of almost 7 billion naira. We’ve been able to give companies COVID relief to cushion the effects of these companies. I think we’re going to be doing almost 20 billion naira on that.”

NEPC is supporting the provision of storage facilities at six international airports, working with NAHCO, as well as providing domestic export warehouses all over the country to help exporters aggregate their produce and from there it goes straight to the ship, not to the port, because everything has been cleared. There’s a committee working on this that involves from Customs, NAFDAC and quarantine services.

For all his accomplishments, Mr. Awolowo is surprisingly modest about listing them. “I’m not in the habit of saying what I have done or achieved, but always like records to speak for themselves and let people see,” he says.

Just what inspires Mr. Awolowo? “The major inspiration is the fact that I just love this country,” he says. “I think we should really embrace how great Nigeria can be when we are one. When we build this economy and this country, other countries would want to be part of us. And I keep telling my children that this green passport will still be the best passport.”

He is also inspired by the huge potential for development. “And when I look at what the young ones are doing, the entrepreneurship and the creativity that is here in Nigeria just blows your mind. Other countries in the world are envious of it, that’s what they’re looking at. Look at how many Nigerians president Biden has appointed in his government, brilliant Nigerians! all over the world! That is a joy for this country. I don’t want any other passport.”
Zero Oil Plan

NEPC developed the Zero Oil Plan in response to the recession in 2016 following the crash in international crude oil prices. It prepares Nigeria for a world in which crude oil is less relevant.

The Ministry of Budget and National Planning integrated the Plan as a core component of the Federal Government’s Economic Recovery and Growth Plan (ERGP), which was launched by the President in February 2017.

The Zero Oil Plan is a strategy for boosting foreign exchange through the non-oil sector, mainly through:

ii. Commencing export projects and investment tracking in each State of the Federation as part of the “One State One Product” (OSOP) scheme. 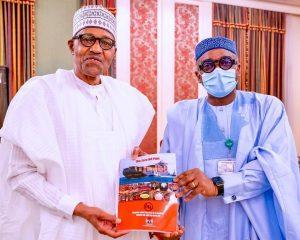 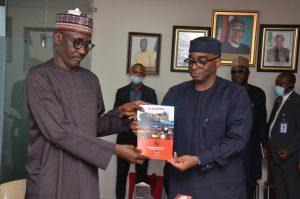 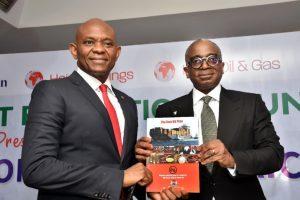 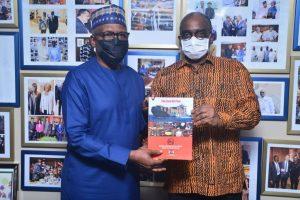 One State One Product

The OSOP Programme identifies at least one strategic export product for each State (with an emphasis on oil-producing states), from which Nigeria can earn foreign exchange.

Petrochemical: Potential to earn $4 to 5 billion annually from petrochemicals and fertiliser. To achieve needs at least 5 world-class petrochemical complexes in the region

Palm Oil: Potential to earn $1 billion to $1.5 billion annually from palm exports. Requires up to 759,000 hectares of land cultivated for palm oil.

Rubber: Potential to earn $0.5 to $1 billion annually from palm exports. Requires up to 50,000 hectares of land cultivated for Rubber. 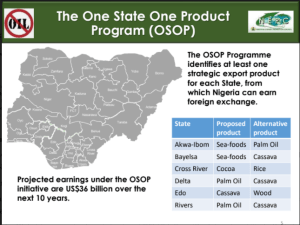 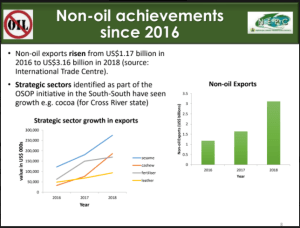 NEPC’s response to the COVID19 pandemic

Nigeria’s top non-oil export of cocoa beans was estimated to incur a fall in exports of over $100 million in 2020. Cashew exports likely to fall by close to $90 million, and Sesame exports were to prove more resilient with any fall in exports in 2020 likely to be significantly smaller.

The response to cushioning these was to listening to (M)SMEs.

NEPC administered surveys to gain input from Nigerians (M)SMEs. Based on this input, we have made a number of recommendations to the Federal Government to ease the burden on non-oil exporters during this crisis, including (but not limited to):

➢Special clearance for exports at ports.

➢Waiver of port levies for exports.

➢Fast-tracking NAFDAC certification of new products, and waiver of NAFDAC renewal and registration fees for exporters. 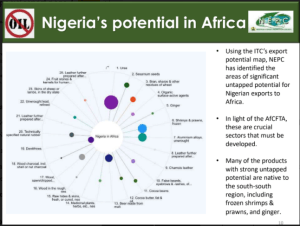 How economy, security, zoning will dominate debate ahead 2023