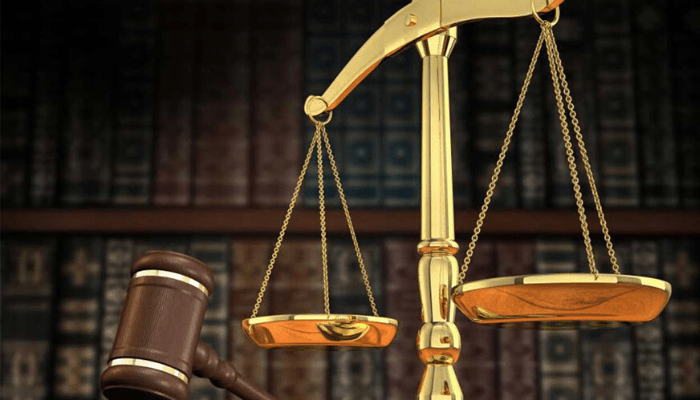 Share
The Abuja Division of the Court of Appeal on Wednesday dismissed the preliminary objection raised by the acting chairman of Rivers State All Progressives Congress (APC), Igo Aguma, against the suit by the sacked caretaker committee chairman, Isaac Ogbobula.
Ogbobula, who is a loyalist of the Transport Minister, Rotimi Amaechi, is challenging the judgment of Rivers State High Court which nullified his Caretaker Committee and affirmed Igo Aguma as the authentic acting chairman of the APC in the state.
Aguma, APC, and former chairman of the APC, Adams Oshiomhole are the first, second and third respondents.
Justice George Omereji had on June 9 declared Aguma as the acting chairman of the party in the state.
The court also compelled the party to allow all members of the party loyal to Senator Magnus Abe to participate in the new congresses.
The court voided the Caretaker Committee appointed by the now-dissolved National Working Committee (NWC) of the party in 2018.
Not satisfied with the judgment, Ogbobula filed an appeal at the Court of Appeal in Abuja, seeking the setting aside of the high court judgment and restoring him back as the authentic APC chairman in the state.
When the matter came up on Wednesday, counsel to Aguma, the first respondent, Emeka Etiaba (SAN) raised a preliminary objection, arguing the appellant did not comply with the rule of the court in compiling and transmitting record to the Appeal Court.
He argued that it was near impossible for a court to have delivered a judgment on Thursday and the record filed and transmitted to Court of Appeal in Abuja the following day.
He held further that the Appeal Court cannot depart from its own rule to give vent to non-proper filing and regularisation of application, especially when it was not yet time to file.
He said the appellant put “the horse before the cart” in transmitting record to Appeal Court in that as when the application was filed the record had not been properly compiled.
Etiaba also raised the issue of non-proper service on one of the respondents.
But the appellant’s counsel, Tuduru Ede (SAN), argued that the court can set aside and depart from its own when the need arises to regularise a process.
Tuduru held further that the court has the power to deem an application properly filed and start running from the time. “I hold this hounourable court has the power to grant prayers we are seeking,” Tuduru said.
In a short ruling, the three-man appeal panel led by Justice Steven Ada dismissed the objection of the first respondent.
Justice Ada held that the argument of the first respondent is misconceived and therefore liable to dismissal.
Ada held further that the appellant’s application complied with the rule of the Appeal Court, holding that the application for preliminary objection “was a complete waste of court’s time and abuse of the court process.”
The panel further said that Etiaba’s objection “was a disgraceful act” that ought not to be at the Court of Appeal.
Meanwhile, the court adjourned to July 16 to hear the substantive matter.
Ogbobula, in the appeal, said the High Court judge erred in law in dismissing the preliminary objection of the applicant that the trial court lacked jurisdiction, competence to hear and determine the originating summons.
Share