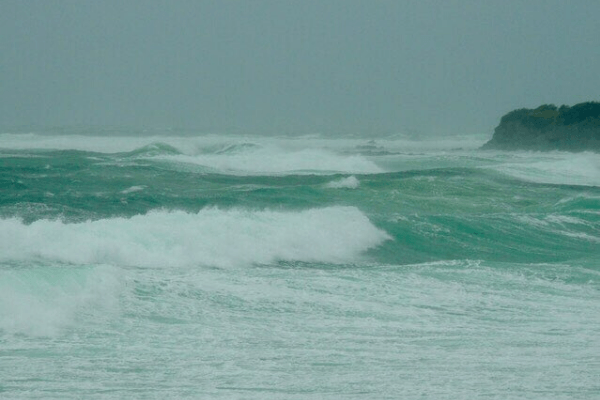 Share
The riverine community of Iwuochang in Ibeno Local Government Area of Akwa Ibom State has lamented the threat posed by ocean surge following the abandoned embankment project awarded by the Niger Delta Development Commission (NDDC).
Awarded in 2012 by NDDC,  the project was designed to replace an old and worn out embankment around the ocean to forestall frequent encroachment into the community during high tide.
Village Head of Iwuochang,  Daniel Afia told reporters that the project has been abandoned for eight years adding that the community has made several entreaties to both the contractor who had since abandoned the equipment at the site.
Afia who alleged that  NDDC  has not completed any project in the area, cited several abandoned roads, including the road linking Ibeno with Eastern Obolo as some of the commission’s abandoned projects in the coastal area.
Speaking also, the Vice Youth President of Iwuochang community,  Willie Sam Willie said the inability of the contractor to complete the project has resulted in many people being displaced.
“You know they had to remove the old and worn-out embankment to replace the new one. But after removing it, they abandoned the project, leaving the community bare and at risk.
“It is always very threatening when the high tide comes, there is nothing to hold it. All the houses around here were occupied by their landlords but they have all been sacked because the encroachment is usually fast, high and unexpected”. He said
Willie said he had on several letters on behalf of the community to the NDDC office in Port Harcourt and the state office in Uyo but all to no avail.
A community leader, Ebrewong Eshiet who also accused the NDDC of its failure to complete projects in the region blaming it on poor supervision.
He said youths employed by the contractor were still being owed salaries, in addition to the threat of exposing the community to a possible wipeout due to the failed embankment/dredging project.
Share