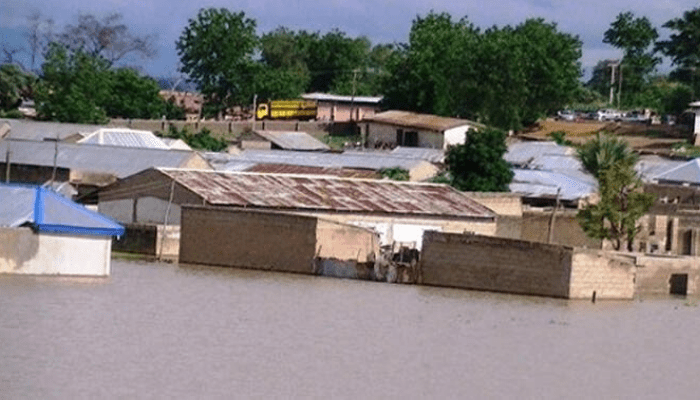 Share
The Director-General of National Emergency Management Agency NEMA, Air vice-marshal Muhammadu Muhammed (rtd) has warned Nigerians to avoid settlement on riverine areas for their safety.
The DG made the call through the Head of Research and Rescue Unit, NEMA Operations Office, Yola, Adamawa state northeastern part of the country, Igue Terungwa during a sensitization programme held in Jalingo local government area of Taraba state.
He said the agency had initiated the awareness campaign to prevent human disaster and to forestall the negative impact of flooding on communities in three selected local councils to pilot the programme in the state.
Muhammed stressed the need for residents to be enlightened about the risk involved in flooding and warned them against the consumption of floodwater, which according to him the water is contaminated, while he advised them to use alternative sources of water after a flood.
The Director-General also noted that floods could bring reptiles from distance locations and urged residents to be vigilant about the environment before, during, and after flooding.
In his speech,  Abdulnasir Boboji, Chairman of Jalingo local government area, commended NEMA for the sensitization initiative and assured them of his council’s continuation of the partnership with the agency with a view to achieving the awareness campaign to the grassroots.
According to him, the people from the grassroots are in dire need of the sensitization and expressed happiness that NEMA is more proactive now than ever.
Meanwhile, the NEMA team had later proceeded to Jekhunou, Shaukani, Murkuni, and Numbanhoru communities all in the Kona council ward of Jalingo local government area of Taraba state.
Share