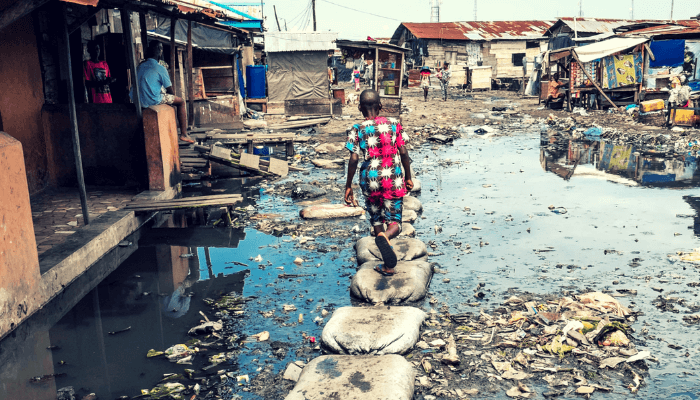 The World Bank has said that the global rise in food and fuel prices is likely to drive an additional 1 million Nigerians to the already projected 6 million expected to fall into the poverty bracket by the end of 2022.

This conclusion was made in the latest World Bank Nigeria Development Update (NDU) report titled “The Continuing Urgency of Business Unusual,” it said that the country’s inflation rate (17.71 percent for May), which is the twelfth highest in the world behind Turkey, is faced with the possibility of entering into a worse economic situation. This situation, according to the World Bank, is being caused not only by the impact the current war in Ukraine is having on the global food supply but also by the fiscal recklessness brought about by the fuel subsidy situation.

Nigeria, based on the Gross National Income (GNI) per capita ranking of the World Bank, with a GNI of $2,000, was rated the 48th poorest country in the world and will have to do away with some unfruitful fiscal policies of the government that will be added to the rising food and energy prices capable of dragging more than 6 million Nigerians into poverty.

The report also assessed the impact the rise in the prices of refined crude oil is having on the economy. Shubham Chaudhuri, World Bank Country Director for Nigeria and co-author of the report believes that the “ballooning cost of fuel subsidies” will drive inflation further north, thereby forcing more Nigerians into the extreme poverty bracket. A situation made worse by falling income because of low crude oil production.

A situation so serious that the world Bank said that for the first time in this democratic era, the country is unlikely to benefit fiscally from the windfall created by higher global oil prices.

Chaudhuri said “When we launched our previous Nigeria Development Update in November 2021, we estimated that Nigeria could stand to lose more than 3 trillion Naira in revenues in 2022 because the proceeds from crude oil sales, instead of going to the federation account, would be used to cover the rising cost of gasoline subsidies that mostly benefit the rich. Sadly, that projection turned out to be optimistic, ”

“With oil prices going up significantly, and with it, the price of imported gasoline, we now estimate that the foregone revenues as a result of gasoline subsidies will be closer to 5 trillion Naira in 2022.” And that N5 trillion is urgently needed to cushion ordinary Nigerians from the crushing effect of double-digit increases in the cost of basic commodities; to invest in Nigeria’s children and youth; and in the infrastructure needed for private businesses small and large to flourish, grow, and create jobs. ” Chaudhuri added.

In light of the growing challenges the country faces, the World Bank advised that the economic handlers shift away from the current way of doing things and adopt a more robust transformational policy.

It suggested that for the country to avoid the negative impact this inflationary pressure will have on the economy, the adoption of good policies with proven results should be the top priority for the government at all levels. Some of the policies include a combination of fiscal, monetary, and other effective policies. Others include the removal of fuel subsidies, which have so far cost the country around 5 trillion naira in 2022, and re-investing such funds on infrastructure, education, and health services.

Marco Hernandez, World Bank Lead Economist for Nigeria and co-author of the report, said that “Despite the better-than-expected performance of the services and agriculture sectors and higher oil prices stemming from the war in Ukraine, Nigeria is experiencing a curious case of lower fiscal revenues.” This is limiting the government’s ability to expand basic services, support the economic recovery, and protect the poor during this difficult time. “