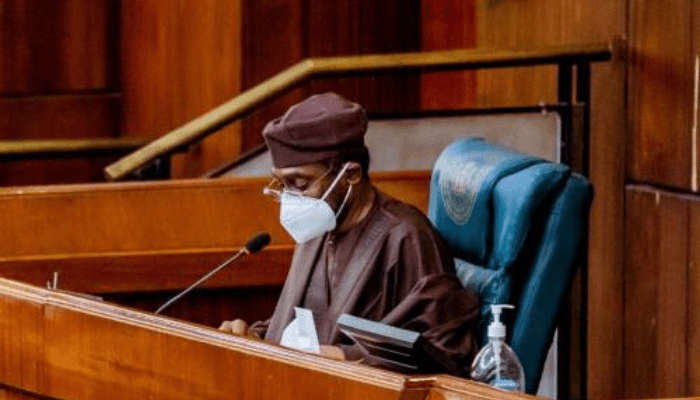 The House of Representatives Public Accounts Committee has resolved to set up a sub-committee to verify information provided by the Federal Ministry of Finance in response to audit queries concerning N161.988 million expenditure on contract awards and cash advances to officials for staff sporting events between 2015 and 2016 financial years.

The Committee therefore directed the Ministry to produce all officers given various cash advances without proper retirement receipts in comformity with the Federal Government financial regulations to appear before it and explain their failure to follow the rules.

Chairman of the Committee, Oluwole Oke, gave the rulings at the weekend during appearances and explanations by the management staff of the Ministry, led by the Permanent Secretary, Mahmoud Dutse.

According to the queries read out by the officers from Office of the Auditor General of the Federation, the sum of N2,768,769 worth of contract was said to have been awarded without appropriate quotations from the contractor even though the contractor got the certificate of no objection to execute it.

Also, the sum of N16,858,800 in cash advancement was said to have been paid to staff in 2016, but was not retired and the Permanent Secretary was required to explain with evidence of retirement to the Auditor general’s office.

The Committee further questioned who a payment of N12.21 million cash advance was made to and why such a sum would be paid to one person, and the Deputy Director Account in the Ministry, Roseline Kolade said the sum was given to one Oyebamiji Taiwoto pay allowances to staff who participated in a sporting event in Imo in 2015.

There was also a query relating to N128.7m allegedly spent on newspaper advertorial for the publication of Federal Account Allocation Committee (FAAC) disbursement to the three tiers of government for a particular month.

Another N18.3 million was said to have been spent on vehicle maintenance by a Civil Servant, John Baweyi from his personal funds in 2016, whereas only about N6.4m could be verified as spent on the vehicle while the rest of the money allegedly spent could not be accounted for.

Reaponding to the queries, the Permanent Secretary, Ministry of Finance, Dutse told the Committee that, though the said queries were issued before he became the Ministry’s Chief Accounting officer, he however upon seeing them called on the Director in charge of Procurement, Yusuf Argungu to make appropriate observations on how the transactions were handled and advice accordingly.

“I asked our new director of procurement to review this matter and advise me accordingly, and I will therefore allow him to give his opinion”, he said.

Argungu who is also new in the Ministry said due process was followed in awarding the said N2,768,769 contract since it was below the threshhold of FEC approval and that it was successfully executed and paid for.

He said his observation to the Permanent Secretary was that the absence of quotation as noted by the auditors was not an error, and that it was an unsolicited submission that was regarded as an infraction by the auditors.

But the Committee Chairman, Oke interjected saying that the Director was not speaking to the issues in question which border on due process, insisting that the panel would like to see the quotations, the tax clearance and details of the contract before any progress can be made on the query.

The Permanent Secretary in his defence, sympathised with the Director Procurement who he said incidentally took over the office in january, 2020 and  appealed to the Committee to give him some time to go back and rectify all noticeable anomalies and report back.

But lawmakers insisted on being educated on the idea of “unsolicited quotations” by contractors even without invitations for same based on the Minitry’s procurement plan.

The Director explained that it was a usual practice for vendors and contractors to send in such quotations in advance, and whenever the need arises, they are called upon to defend same and if satisfactory,  given the job.

The Committee ruled that the invitation letter for quotations and competitive bidding be made available at a next meeting while all individuals given various cash advances without adequate retirement receipts should be made to cause appearances before the Committee, provided they are not dead.

The Permanent Secretary who recently joined the Ministry responded to the questions asked and promised to go back and straighten all grey areas, just as he assured the panel of full cooperation with regards to producing persons and documents demanded for at the next adjourned date.