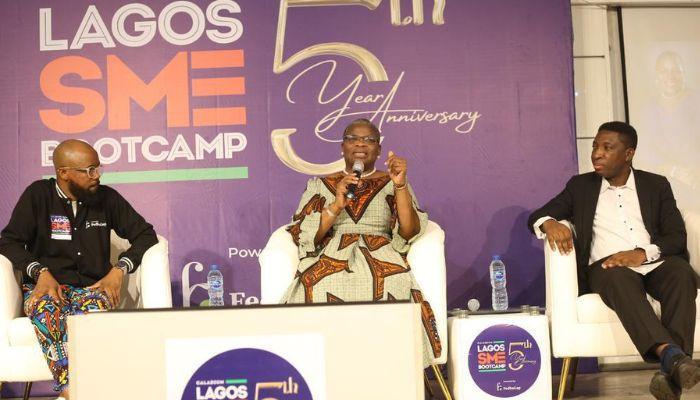 this is the approximate number of miles that a vehicle can travel in combined city and highway driving (using a mix of 55% highway and 45% city driving) before needing to be recharged, according to the EPA’s testing methodology.

Oby Ezekwesili, a former Vice President of the World Bank, Africa Region, and renowned economist, has called for the need to be intentional about political literacy, saying that politics comes first, not the economy.

Ezekwesili disclosed this at the 5th Anniversary of the Caladium Lagos SME Bootcamp, which was held in Lagos at the weekend.

“It has been a sad thing for citizens of fragile democracies to take economy and politics into silos that don’t meet,” Ezekwesili said.

“It’s part of the reason that you have entrenched poor governance, and the way to move away from it is that as you’re making people more productive, you should be giving them the knowledge to influence their politics because politics trumps economy.

“The only way that we can reverse that is to make sure that the quality of politics is the kind that sufficiently empowers the economy,” she added.

In addition, the economist stressed the need for a voice that consistently speaks on behalf of the small and medium-sized scale enterprise (SMEs) in the country, saying the reason that our politicians are not paying attention to 96percent of the businesses that make up the business sector of our country is that they do not see the value to add.

“They are caught up in the traps of the oil well of the Niger Delta. As long as they do not understand the concept of the power of markets to dramatically change the situation in our country,” she added, “you must become advocates for the respect of the market system in our country.

“I’ve not come as an expert on your business, but what I’ve come for is to give you some ideas of what you should be thinking of and also lay on the table that advocacy for SMEs is very important.”

Advocacy is at the heart of the development of this segment of the economy because a shot mouth is a shot destiny. You need that there would be a sufficient constituency advocating for the kinds of policies, and the kinds of infrastructure that your sector requires so that you’re not dealing with the everyday challenges of cost of diesel, cost of water, cost of everything you can imagine.

With so much high cost for doing business, productivity and competitiveness are impossible. So advocacy is good and this organisation will continue to advocate together with your partners, because it may not be being listened to now, but there will be a day when they would say where is the group that has been getting young business owners together?”

Similarly, Ayo-Bankole Akintujoye, convener and co-founder of Caladium SME Bootcamp, added that the idea behind the programme was to help small and medium-sized businesses (SMEs) like his own develop and become more self-sufficient through better management training.

“Aside from providing management skills for these entrepreneurs, we provide micro-grants and incentives to assist in financing their businesses. So far, we have recorded significant success. “We have over 5000 active communities of SMEs that we have supported in their operations, and they have grown to secure major partnerships and become identifiable brands,” he said.