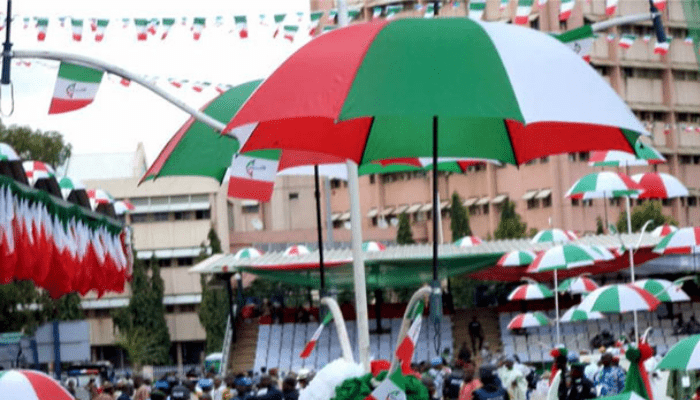 The People’s Democratic Party (PDP) in Akwa Ibom State has endorsed Umo Eno and Akon Eyakenyi as the governorship and deputy governorship candidates, respectively for the general election next year.

Eno was until recently a commissioner for Lands and Water Resources and hails from Akwa Ibom North West senatorial district, while Eyakenyi, a former minister and currently a senator representing Akwa Ibom south, hails from Oron Local Government Area of the state.

The endorsement followed their presentation to the caucus of the party during a meeting in Uyo, the state capital, presided over by Governor Udom Emmanuel.

Addressing the Caucus, Governor Udom Emmanuel commended the members for the defining role they have continued to play in deepening the taproot of the PDP in the state and the nation, and galvanising the party for successive electoral victories.

He urged them to continue to remain united in action and commitment as the days ahead hold even brighter promises for the party in Akwa Ibom State in particular and Nigeria in general.

“We must constantly work together to ensure that we continue to uphold the trust that millions of Akwa Ibom people have in the PDP,” the governor said.

He took time to brief members of the Caucus on important national and state issues and their implications for the growth and development of the state, the nation and the party.

Deputy Governor of Akwa Ibom State, Moses Ekpo while communicating the decision of the Caucus to accept the PDP gubernatorial candidate and his running mate, lauded party men and women for “an excellent choice,” and expressed the optimism that the duo would lead other candidates of the party to a resounding victory at the 2023 election.

Former Minister of Lands and Housing, Nduese Essien who also spoke at the meeting described the duo as eminent son and daughter of the state capable of leading the state to a new era of development and progress.

Earlier in his remarks, State Chairman of the PDP, Aniekan Akpan thanked Governor Emmanuel and the entire Caucus for the cooperation the party has continued to enjoy from members, elders and stakeholders.

The governorship candidate, in his response, thanked the Caucus and the entire PDP family in Akwa Ibom State led by Governor Emmanuel, for finding him worthy to be the one to contest election and hopefully win as the next governor of Akwa Ibom State.

Eno restated the call to all the other aspirants who contested elections with him to join hands with him to lead the state to a new era of collective prosperity for Akwa Ibom people.

“May I, once again with all sense of humility, call on all Akwa Ibom people, including my dear brothers who are in court to challenge my candidacy to please shelve their grievances so that we can work together as a party in preparation for us to answer the patriotic call to build a prosperous and united Akwa Ibom State, which beckons on us in 2023,” he said.