Over 1m should vote in Ekiti guber poll, says INEC 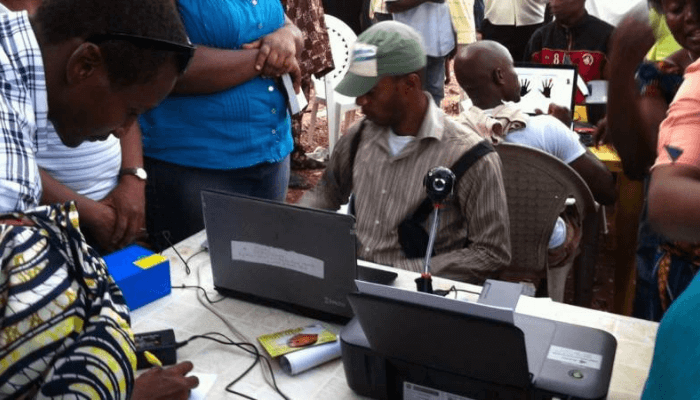 The Independent National Electoral Commission (INEC) says it expects about one million voters to cast ballots during the June 18 governorship election in Ekiti.

INEC national commissioner and chairman of information and voter education committee, Festus Okoye, stated this at Ado-Ekiti on Friday at a roundtable for media executives.

Okoye assured Ekiti voters of free, fair and credible election, and said 734,746 potential voters had collected Permanent Voter Cards (PVCs) as of May 27.

“For this particular election, after the Commission updated the voters register, we came to the conclusion that 988,923 voters will likely vote in 177 registration areas,’’ he said.

He explained that the figure represented those already on the register and those who registered during the continuous voters registration exercise.

“The commission will also deploy 22,244 polling units and slightly above 10,000 ad-hoc staff to conduct the election,’’ he said.

Okoye added that non-sensitive materials had been deployed to the 16 local government areas of the state noting that the election would serve as a dress rehearsal for the 2023 general elections.

“The commission is happy and elated at the level of preparations for this election.

“All the 16 local government areas have received the full complement of non-sensitive materials, dispatched in accordance with all registration areas and wards.

“We assure the people of Ekiti that we will conduct free, fair and credible election.

“For the commission to continue to serve the people better we have brought in technological innovations.

“We shall use this particular election to test some of our technological innovations to ensure that we get everything right at the 2023 general elections,’’ Okoye said. NAN