Our doctors have gone ‘wild’ again! 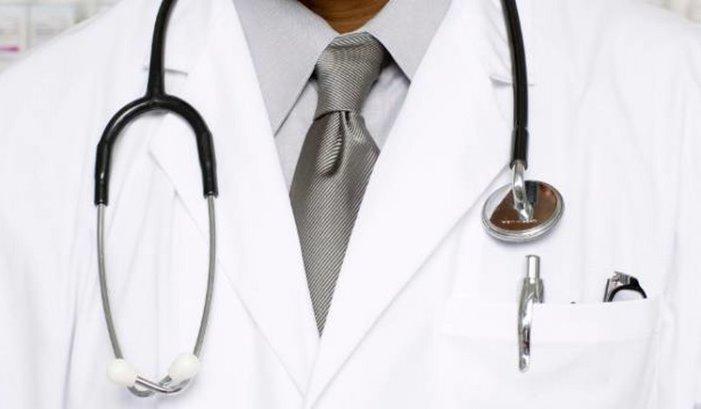 “The obligation of the government is to protect the public health, safety, morals and general welfare.”

At the heart of the long-drawn, ping-pong blame-game between the resident doctors on one hand and the Ministry of Health/Labour and Employment on the other is the sanctity and priceless nature of the life of an average Nigerian citizen, which the political leaders often swear by the constitution to protect. But does it really matter to them?

“No, our lives do not matter a hoot to them. Apart from turning our country into the killing fields through criminal acts of sponsored terrorism, banditry and kidnappings they have much of our resources at their disposal to jet out to foreign lands for medical tourism at the twitch of their palms”! That was the response from Ben, my fan of several years as if reading through my thoughts.

It would be recalled that back in early September, 2020 Nigeria’s resident doctors under the aegis of the National Association of Resident Doctors (NARD) embarked on “indefinite strike action”. Back then they were protesting the failure of the government to meet some of their demands over unpaid salaries, non-payment of hazard allowance, and a dearth of Personal Protective Equipment (PPE) in hospitals, among several other reasons. These issues were earlier made public back in June 2020 following a week-long strike action.

But according to the Minister of Labour and Employment, Dr. Chris Ngige, incidentally a medical doctor, the government had already addressed six out of eight demands of the striking doctors and therefore, the doctors had no reason to embark on further strike.

But one year later the issues are yet to be resolved!We recall that the NARD had on August 2, 2021 embarked on indefinite strike action at the end of the union’s National Executive Council meeting in Umuahia, Abia State.

One of the resultant effects is that of our resident doctors fleeing Nigeria for Saudi Arabia,Seychelles, the United States, and the United Kingdom all in search of greener pastures. In fact, one of the catching headlines claims that ‘Nigeria May Lose Over 500 Medical Doctors As Saudi Arabia Holds Recruitment Exercise’. But can you blame them?

It is difficult to do so, worse still as conflicting headline news exhibit the events of a rudderless boat rocked by the warring waves between NARD and the FG. If you are in doubt consider these: ‘Court orders doctors, FG to suspend hostilities till Sept 15, 2021.’ But before the Federal Government begins to execute any form of victory dance, iconic lawyer Femi Falana advises: ‘Meet resident doctors’ demands, court didn’t stop strike, Falana urges the Federal Government’.

Painfully, those holding the short end of the swinging, legal stick are the poor, helpless and sick Nigerian citizens. Government-owned hospitals from Calabar to Kano, from Sokoto to Surulere, Lagos have been abandoned. According to media reports an ex-army officer alleges that National Hospital abandoned a 35-year-old father of 3 to die’. Yet, he is just one out of the thousands of patients left to grind their teeth, stew in their agony as they await the hand of death to take them to the other world!

What gets concerned Nigerians, including yours truly worried is the paradox of preventable poverty, ill-health and untimely deaths of hapless citizens all in the midst of plenty resources. It would be recalled that in an essay titled: ‘Covid-19’s Wake-Up Call On Nigeria’s Healthcare System’ in 2020 one was compelled to draw the attention of our political leaders to the ratio of qualified physicians to the population of countries, as recommended by the World Health Organisation (WHO). Specifically, it recommends one medical doctor to 1,000 citizens of each country.

Globally, it is always a thing of immense joy when any country attains what is referred to as the ‘Golden Finishing Line’ of 1-to-1,000. The reason is that it indicates the readiness of the country to achieve one of the cardinal objectives of the Sustainable Development Goals (SDGs), which is affordable yet qualitative healthcare delivery that is available to the citizens.

For instance, while India attained that milestone mark precisely in 2018, unfortunately, 44% of the WHO member countries have less than 1 medical doctor to 1,000 citizens. And Nigeria is one of such! It has a paltry 0.3 to 1,000 citizens as compared to 1.8 for China, 2.6 for the UK, 2.8 for the United States, U.S., 4.3 for Sweden and 5.83 for Italy. That is, according to the Organisation for Economic Cooperation and Development (OECD) Report.

That dismal figure for Nigeria is therefore, a source for serious concern and more importantly, action. It would be recalled that the country witnessed massive brain-drain in the health sector back in the ‘80s as one of the spin-off effects of the Structural Adjustment Programme (SAP), as brought into effect by the then Gen. Ibrahim Babangida-led military administration. Several of them could not resist the greener pastures of the same countries the new generation of doctors are fleeing to as at today.

We should therefore, learn from the countries with the recommended ratio of qualified medical doctors to the patients. According to Raman Kumar and Ranibir Pol, India with 479 medical schools and an annual intake of 67,218 MBBS students proved to the world that it could walk the talk on taking care of its citizens, populous as it is.

Nigeria can achieve a similar feat if only our leaders could get their priorities right. We have the brilliant minds to turn the fortunes of our health sector around, For instance a Nigerian medical doctor by the name of Colonel Oviemo Ovadje (now retired) achieved the feat of inventing Emergency Auto-Transmission System (EAT-SET). It comes as a low-cost blood transfusion employing auto-mechanism. He patented the invention in nine countries and has won awards from the UK, up to Switzerland.

In a similar fashion, another Nigerian, Prof. Samuel Achilefu came up with a ground-breaking development of a set of high-tech, cancer visualizing goggles. They assist surgeons to see cancer cells in real-time while operating on patients. This won him the prestigious St. Louis Award in 2014.There are several other Nigerian-born medical scientists doing Nigeria proud by the products of their creative ingenuity.

We need frequent and reliable demographics on the healthcare status of Nigerians to serve as the basis for planning and effective and impactful policy paradigms. Such was conducted in the U.S. from 2010 to 2016.

In addition, it has become imperative to enforce laws at the federal and state levels to compel the budgetary allocations of at least 18 per cent to the health sector. And some sums of the funds available should be set aside to take care of emergency situations as the world as the world has experienced with the Covid-19 pandemic.

Apart from the needed modern equipment and infrastructure, we should encourage and train relevant human resources of nurses, doctors and para-medical staff and pay them well instead of allowing them to be lured to foreign lands. That is part of their requests and they are not asking for too much.

Instead of blaming the doctors for frequent strikes, the government should have a change of mindset. Certainly, a country that can embrace the so called ‘repentant terrorists’with our hard-earned money has the means to pay its doctors well. All it takes is the political will.As Owen Arthur rightly noted, “For he who has health has hope; and he who has hope, has everything.”

NOTE: This piece is dedicated in fond memory of Analyst Bestman Abumere, who was a member of GPAAN, but died recently in Lagos during the on-going doctors’ strike.