Osinbajo in hospital for surgery

Vice-President Osinbajo is currently in a hospital for a leg surgery.

Laolu Akande, his senior special assistant on Media and Publicity announcing on Saturday evening said the surgery was due to recurring leg pain that began after an injury in a squash game.
Read also: Muslim- Muslim ticket: I have no plans to leave APC – Osinbajo

“VP Osinbajo is in the hospital today for a surgical procedure on account of a recurrent pain in the leg possibly sustained from an injury while playing squash. His doctors would give an update of the treatment later today,” Akande tweeted. 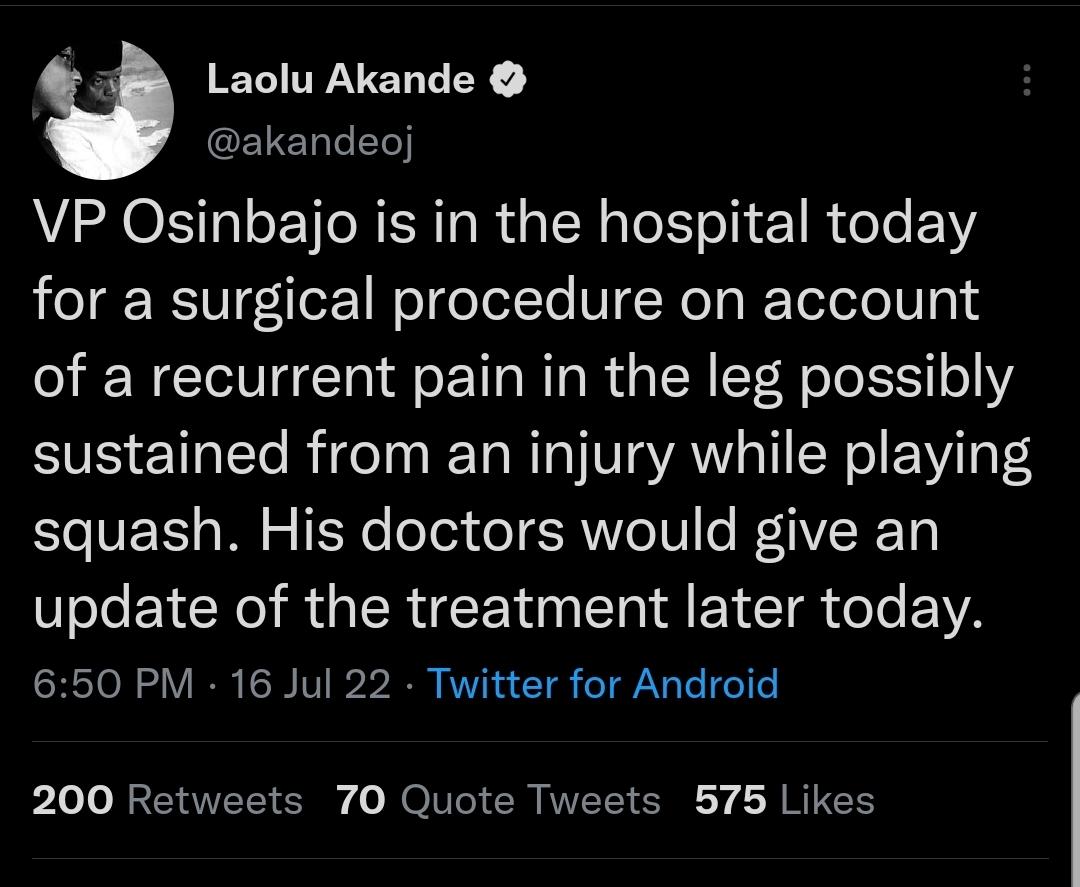