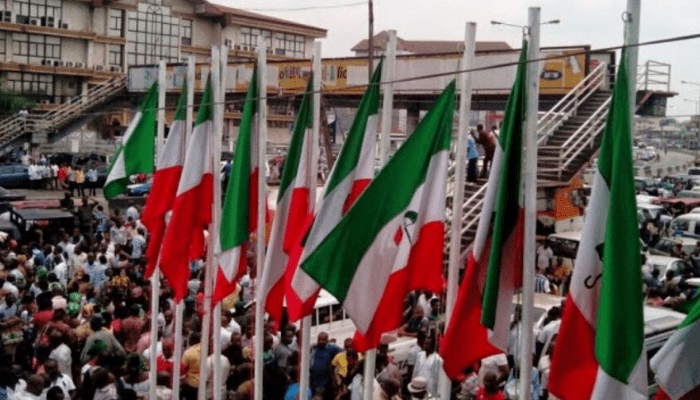 Governorship aspirants on the People’s Democratic Party (PDP), platform have resolved to accept and respect the outcome of the primary election scheduled for Wednesday in Ondo state.

Ademujimi said all the eight aspirants were in Abuja yesterday (Monday) to sign the peace pact in order for the party to unseat the ruling All Progressive Congress led government in the state.

According to him, only one out of the eight aspirants, Banji Okunomo was not at the peace pact meeting.

“The National Working Committee of our great party invited all the aspirants to Abuja yesterday and they all stated their facts and in their own wisdom it has been resolved amicably that they will accept the outcome of the primary A Memorandum of Understanding was put in place for all the aspirants to append their signature that they will all accept the outcome of tomorrow governorship primary election. We hope and pray that our Principal, Alfred Agboola Ajayi will emerge in tomorrow governorship primary,” he said.

Speaking on their preparedness towards the primary, the DG, said they hope that the deputy governor would emerge as the party flagbearer for the governorship poll with a wide-merge.

Recall that an Akure High Court on Monday, threw out a motion seeking to stop the Deputy Governor, Agboola Ajayi from contesting Wednesday primary election of the People’s Democratic Party (PDP).

A member of the PDP, Olopele Konstante Timi had through his counsel, Akpofiweii Anthony sought the disqualification of the Deputy Governor over the allegation that his certificate was forged.

But, while commenting on the development, Ademujimi said, “we are very happy with the news and now the case had been laid to rest.

It was gathered that less than 3,000 delegates are expected to participate in the primary of the party scheduled for Wednesday.