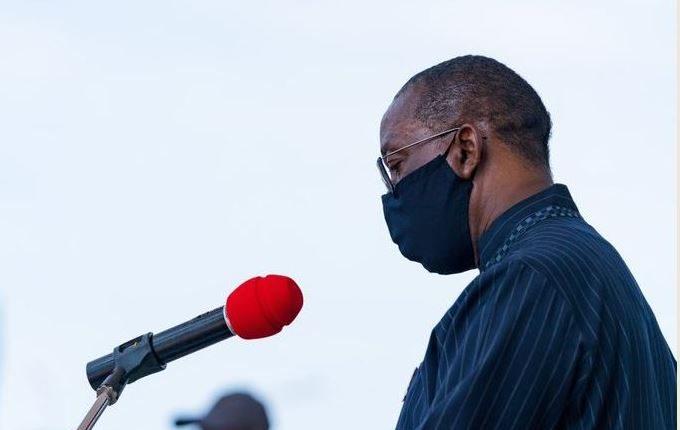 Delta State governor, Ifeanyi Okowa, on Monday assured that the state government would continue to give priority attention to projects that would boost the economy and enhance the living condition of the people.

The governor gave the assurance while inspecting some ongoing projects in Asaba, the state capital.
The projects are Leisure Park and Film Village Illah Road and the new Asaba Technical College located in the premises of the old site of Federal College of Education (Technical).
Okowa disclosed that the twin-project of Film Village and Leisure Park would serve as a community where people would go for entertainment, relaxation and making of movies.
He said that the project, would on completion, also create employment opportunities for many persons, especially during this period where the number of the unemployed was increasing.
The governor remarked that Asaba had always been a “movie town’’, and said that the Film Village would positively impact on the economy of the city.
He disclosed that the project would be completed in 2021, barring unforeseen circumstances, adding that the Leisure Park was of “great importance to us because whatever you do, there is need for relaxation and we believe that the park will provide that relaxation for both our children and adults.
“People need somewhere to go and relax in a fast-growing city as Asaba, and I believe that the Leisure Park is going to be of great value to our people beyond the fact that it is going to be a project that would generate quite a lot of funds, with good management.
“The facility is going on side-by-side with the Film Village and you know that Delta State, particularly Asaba, has been the hub of Nollywood actors and I believe that after we had met with them, they made a request and we found out that it was important to encourage them.
“At the film village, we are going to have a lot of facilities that would encourage more and more of our Guild of Actors to come to Asaba to shoot their movies.
“The Village which is properly sited will create a lot of economic activities and, also, create a recreation for our people.”
On the new technical college in Asaba, the governor commended the contractor handling the project for the level of work achieved and urged them to sustain the pace of work so that the project would be delivered on time.
He said that building nine new technical colleges, which were at various levels of execution, was a proactive step by his administration to give residents of the state the opportunity to acquire technical education, to turn youths into an army of entrepreneurs.
The governor said that he would also visit the sites of the other eight technical colleges.
Okowa and his entourage were conducted round the Film Village and Leisure Park by the Consultant of the project, Mr Kester Ifeadi, who assured that the project would be delivered in 2021.
Share