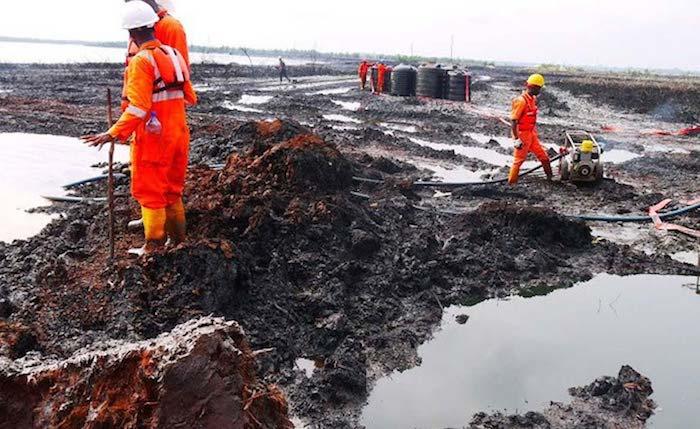 The body also called on the Federal and State Government coordination on the project to be strengthened and remove any political undertone in this people oriented project.

Auwal Ibrahim Musa, executive director, CISLAC demanded that the recent restructuring announced by the Minister of Environment, Muhammad Mahmood Abubakar should be unpacked and clearly communicated to the public on specificities bothering on administration, operations, Finance, Procurement, and Personnel.

Musa while speaking at a media parley organised by CISLAC with support from the Catholic Organization for Relief and Development Aid (CORDAID), said that the briefing was targeted at robust assessment of the present situation in the region and demanding speedy, effective and efficient utilisation of the money already approved by the Federal Government and the oil producing companies for the clean-up project.

The executive director observes that nearly four years after the Federal Government flagged off the much-proclaimed Ogoni clean-up, and money subsequently approved for same, nothing tangible has since been achieved.

Salaudeen Hashim CISLAC’s conflict adviser on his part stated that life expectancy has dropped by 11 per cent in the region as a result of environmental degradation, even as livelihood of the people has been completely eroded leading to high rate of poverty.

Hashim called for environmental justice in Niger Delta, saying that it was unfortunate that after many people have sacrificed their resources and lives for due compensation to the people, but some persons were now acting as saboteurs when it eventually paid off.

According to him, “Bad governance, corruption, weak institutions, state/companies collusion, impunity and breakdown of social contract are some of the factors responsible for the lingering problems in the region over many decades.

“The consequences are militancy such as kidnapping, pipeline vandalism, bunkering and so on,” he said.

Musa further noted that although a framework for a definite intervention was provided in 2011 through a report by the United Nations Environment Programme (UNEP), the issues surrounding contaminated land, groundwater, surface water, sediment, vegetation, air pollution, public health, and industry practice are yet unresolved, thus endangering the lives of millions of hapless citizens in the area. What this means is that the institutional issues as well as recommendations and steps to be followed in carrying out the exercise have become victims of senseless politicking.

“Let me begin by saying the monitoring tool (key performance indicators (KPIs)) that should be used by stakeholders to assess the quality of work done is not yet released to stakeholders by those handling the project. Conventionally, best practice requires all relevant stakeholders to co-develop the KPI. The reason is to meet different stakeholder expectations and encourage inclusive decision-making.

“The National Oil Spills Detection and Response Agency (NOSDRA) has a statutory responsibility to monitor the remediation process, however, it is unclear whether NOSDRA has taken up this responsibility. Some contractors in the first phase of the remediation exercise have started backfilling, but stakeholders do not have access to data of Total Hydrocarbon Petroleum (TPH) concentrations of remediated or backfilled soil on such sites. This has raised concerns for quality assurance and control of the remediation exercise.

“Indeed, following the COVID-19 restrictions, work had stopped at some sites, while few are working. However, it is clear from field observations that most lots had stopped work long before COVID-19 pandemic reached Nigeria. Some lots had stopped work between September 2019 and January 2020, reportedly over lack of payments, while others are still active, with reduced staff capacity. There have been increased protests by workers on the sites.

Musa further countered the claim by HYPREP contractor that it had hit 70 per cent completion of the project. He stated that the claim was hasty and largely premature. According to him, it was expected that a stakeholders’ meeting be convened with the full complement of CSO presence for a joint assessment and common position.

While expressing concern over what he called politicking in the clean-up process, he also called for the implementation of the Minister of Environment’s demand for some restructuring. But he demanded a clear position of what is up for restructuring and why such claim seems to be stalled since it was announced at Federal Executive Council (FEC).

He added: “We however cannot be allowing the people who are adversely affected by this to be groaning in pains. People of Ogoni can still ‘not breathe’. We call on the Governor of Rivers State to own this project.”

The executive director demanded where the 360 million dollars already approved for the project was kept or how it was being expended. He vowed to continue the advocacy until the project is executed as proposed and normalcy returns to the region.

He urged politicians, including senators, governors and House of Representatives members in the region to speak with one voice for the interest of the voiceless indigenes who are gravely affected by gas flaring and other environmental pollution activities.

Hashim, however, pointed out that government had, at different times, including during the military era, intervened and set up different bodies in finding a lasting solution to the environmental deprivation in the region. But he said that high level corruption has continued to impoverish people unabated.

He joined other activists and concerned Nigerians to demand transparency in handling the entire clean-up processes so that the money meant for the project would not go into the pockets of a few individuals.