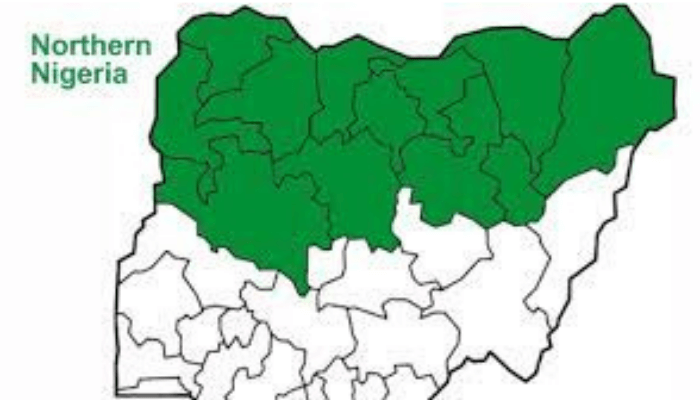 Arewa Economic Renewal Forum (AERF), vowed on Tuesday to throw its weight behind any candidate with a viable economic blueprint for the restoration of the Northern region of Nigeria.

Their position, coming just four weeks before the general elections, they said, is a clamour for the harnessing and utilization of resources in the region to address the huge economic and human development challenges there, and in turn, enable the collective growth and prosperity of the entire country. The group made the demand at a press briefing in Abuja.

AERF, a pro-North social political block is specifically demanding a strategic blueprint for rapid renewal and economic transformation of Northern Nigeria from the aspirants vying for the nation’s top job.

Such a blueprint must clearly indicate strategies to tackle the huge number of our school children, as well as the quality of education in the region; underutilization of its resources, particularly for agriculture; high level of insecurity, including terrorism, banditry and kidnapping; high poverty levels and poor human development indices.

The plan must entail visible roadmap to restoring comatose industries in the region, harnessing virgin resources and utilisation demographic advantages for the empowerment of the people in terms of education and wealth creation.

“Failure to do so will be at the detriment of candidate electoral bid as we await to pledge our Unal alloyed support and galvanise massive vote for any of the contenders who brings forth the most viable and acceptable blueprint in line with our demands,” said AERF Chairman, Ibrahim Shehu Yahaya who addressed the press conference media alongside his members.

“Arewa Economic Renewal Forum (AERF) – a regional economic renewal movement – have determined that February 2023 is the time for the North to take her destiny into her hands and restore lost glories by throwing our weight behind any candidate with a viable economic blueprint for the restoration of Arewa,” he stressed.

Yahaya said over the years, Nigeria and especially the North have suffered epileptic form of leadership borne out of what he called a lacklustre attitude of elected persons to engineer the much-desired economic prosperity by exploiting regional assets, demographic potentials, geologic advantages and agricultural benefits for economic, infrastructural and human development.

He noted that the resultant consequence for the region is poverty, substandard education, lack of asses to credit financing and other negative underdevelopment indicators.

He said that the Northern region account for over 70% of total arable landmass in Nigeria, geologically created in such an advantageous way that it could allow for 12months of agriculture, yet, only about 23% of the landmass is fully utilized for agricultural purposes.

“The inability of successive administration to exploit these resources in mainstreaming human development as the most dominant factor in development planning has remained our greatest albatross,” he stated.

According to him, this has resulted the worst human development index in the region, with an estimated 87million people living on less than $1.90/day.

In terms of Maternal Mortality, Nigeria had about 512 maternal deaths per 100,000 births as at September 2022 with a large percentage of these concentrated in the North.

In terms of Access to Finance and Credit for Investment and Development from the National Financial System, he said the Northern Region has consistently over the last 10years been shortchanged sometimes by deliberate policy of government and private financial institutions as the gross distribution of development and investment finance has always been skewed in favour of other regions, enterprises and institutions in the country.

He said for instance that the “Bank of Industry (BOI) 2019 annual report shows a disproportionate and unfair distribution of financing/loans to enterprises across the various geographical zones in Nigeria with the south’s 191.7bn superssing that of the entire North’s share of 41.4bn more than four times.”

Also, in the last 10years, loan portfolios of Nigerian banks have equally been in favour of other regions and to the disadvantage of the entire Northern region with some slight exceptions for Abuja, he claimed.

“As the 2023 general election inches closer, we are at a crossroads and are constrained to reserve the pool of our vote for a candidate with our interest at heart as we will no longer settle for less,” Yahaya insisted.