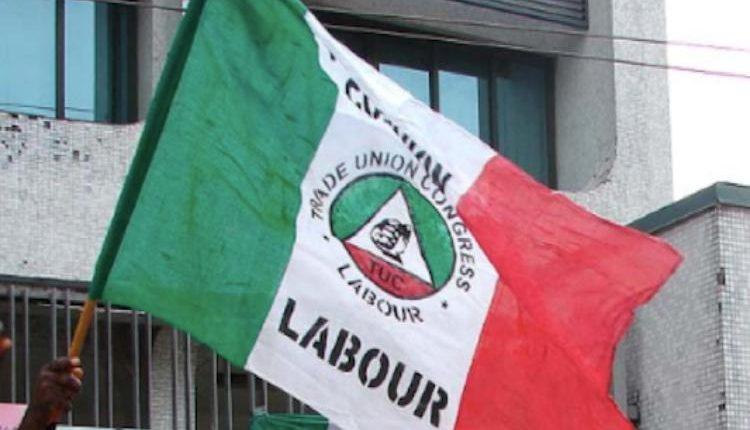 The Nigerian Labour Congress (NLC) has denounced the increase in the pump price of Premium Motor Spirit (PMS) otherwise known as petrol from N121 per litre to N143, which was announced on Wednesday by the Petroleum Products Price Regulatory Agency (PPPRA).

The federal government had two months ago announced a downward review of the pump price of petroleum products from N145 per litre to N121 to cushion the effect of the national lockdown following the outbreak of the Covid-19 pandemic. The government on Wednesday however, announced an upward review of the price to N143, after it lifted inter-state ban but the Labour movement said it is mischievous and demanded that the government immediately revert to the old price of N121 per litre.

The NLC in a statement through its President Ayuba Wabba Thursday in Abuja expressed shock that the new price was announced when Nigerians are still struggling with the impact of the Covid-19 pandemic even without the approval of the board of the PPPRA and the oversight ministry which he said suggested the arbitrariness and public contempt in the operations of the PPPRA.

The Labour movement condemned the Executive Secretary of the PPPRA, Saidu Abdulkadir, who allegedly contradicted the position of the PPPRA in a statement when he said that the latest price increase described as an “advisory” was meant to regulate a product that government claims had been de-regulated.

“It is also very embarrassing that the PPPRA boss while trying to defend the indefensible appeared to be out of sorts and ready to clutch at any available straws to sell his “ice block merchandise “ to”Eskimos “,” Wabba said.

The NLC President said apart from contradicting himself the PPPRA boss is still trying to regulate a deregulated product through “advisories”, even as he (Abdulkadir) went on to exert more nails on the coffin of his own polemics when he argued that PPPRA was just like the Central Bank of Nigeria (CBN) and the National Insurance Commission (NAICOM) that would always act to protect the public interest.

Wabba said it is unfortunate that Saidu Abdulkadir did not even feign pretense that the government has abdicated its responsibility to protect Nigerians from the cut-throat tendencies of neo-liberal market forces.

Wabba said “contrary to the provisions of Chapter 2 of the 1999 Constitution, PPPRA claims that the abdication is not ‘total’. When the statement by the PPPRA is juxtaposed with the recent killer electricity charges unveiled by DISCOs, Nigerians cannot help but feel the heat of a potent threat to run millions of Nigerians under. It is even worse that this is coming at a time when our people are living on the precipice of the Covid-19 pandemic.

“Nigerians would recall that the last downward review in the price of petrol was at the beginning of the Covid-19 lockdown. The economic benefits of the so-called “downward” review were hardly enjoyed by ordinary Nigerians who were mostly indoors. Just as the lockdown was being eased out and as soon as the inter-state travel ban was lifted, the government decided to hike petrol price. Nigerian people and workers are forced to interpret this move as grand mischief and deceit,” the NLC President said.

He lamented that it is clear even to the blind that the crisis in Nigeria’s downstream petroleum sub-sector is ‘self’ nay “government-inflicted”. He added that the refusal by successive governments to fix Nigeria’s national oil refineries is at the root of this problem.

“Government simply wants to transfer the cost of its own inefficiencies to the Nigerian people. Nigerian workers say “No” to such.

“There is no way Nigerians would accept a situation where we are charged international rates for a product which Nigeria is the sixth largest producer in the world. The extra costs that the PPPRA wants Nigerians to pay in order to promote “growth” and “investment” are actually the cost of profits made by countries that we ship our crude oil to, the cost of sea freight of the refined products, the cost of demurrage at our seaports when the refined products arrive, the cost of frequent devaluation of our national currency, and the cost of official corruption by gatekeepers managing the downstream petroleum sub-sector.

“Nigerians have groaned to pay these unjust costs for years. This latest increase might just be the last straw that would break the camel’s back,” he said.

The labour leader therefore demanded that the Federal Government revert to the old price of petroleum especially given the fact that the price of crude oil in the international market has only slightly increased from the previous price before the so-called downward review was announced two months ago.

He also renewed the call for a national conversation on the management of Nigeria’s oil assets which he insisted must be in tandem with the provisions of the country’s constitution, which clearly mandated that the commanding heights of Nigeria’s national economy must be held by the government in the interest of the citizens of Nigeria.

“Finally, we demand that our four national petroleum refineries must be fixed without any further delay. Nigerian workers want to be appraised of the timeline set by the government to ensure that this is effectively done.

“Nigeria belongs to all of us. Workers are major stakeholders in the Nigerian project. Nigerian workers and people must not only be treated fairly but must be seen to have been so treated by their government,” he said.

Madonna University Alumni mourn member, calls for investigation into cause of death

PFN to FG: Negotiation with bandits is admittance of failure