Nigeria’s agriculture and the burden of diversification 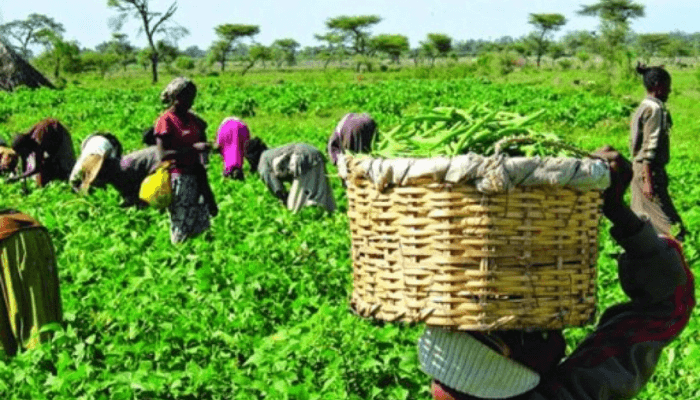 With the current economic crisis and the fact that FX inflow has dropped owing to crumbling oil prices, the Buhari-led government had no alternative other than to diversify the economy.

Agriculture which was once neglected became an option for diversification owing to its vast potentials that can drive more sustainable economic growth in Africa’s most populous nation in terms of job creation, economic diversification, and foreign exchange earner.

The consensus among experts is that the Nigerian economy can survive without oil if the right policies and action are taken by the government to boost the agric industry.

Since taking over power in 2015, the Buhari-led government had devoted a lot of energy to deepening agriculture with initiatives such as the Anchor Borrowers Programme (ABP).

The government also restricted access to FX for importers of some agricultural commodities and shut down its land borders for fifteen months to drive local production in some agro commodities and self-sufficiency.

The Nigerian government also increased funding to the sector, a feat the Buhari administration has been applauded for by experts.

However, the government has not expended enough in driving technology and innovation in the sector as well as addressing some fundamental problems which have continued to limit farmers’ productivity. Some of which are; insecurity, low yield per hectare, low technology use among others.

Despite growing concerns over food security, Nigeria has failed to make appreciable efforts in increasing its farm yields, as Africa’s most populous nation still records the lowest yields per hectare amongst its peers.

Data from the Food and Agricultural Organisation (FAO) shows that Nigeria has the least average yield per hectare of five selected crops, among its African peers like Ghana, Kenya, South Africa, and Ethiopia.

For agriculture to effectively diversify the Nigerian economy from oil, the government must address the fundamental issues hindering productivity, experts say.

Experts noted that the country must increase its mechanisation scale to meet the ever-increasing population needed to be fed before the country can talk about earning foreign exchange through the sector.

They added that the government must provide the needed infrastructures such as motorable roads, effective and efficient rail transportation linking where the food are produced in the north and markets in the south as well as irrigation facilities to aid all-year farming.

Abiodun Olorondenro, operations manager, Aquashoot told BusinessDay that agriculture can only diversify the economy when there is higher productivity and investments.

“Until there is an aggressive increase in production, we would not see the effect yet. This will require us to do a lot more in terms of increasing productivity per unit area and increasing our land areas,” he said.