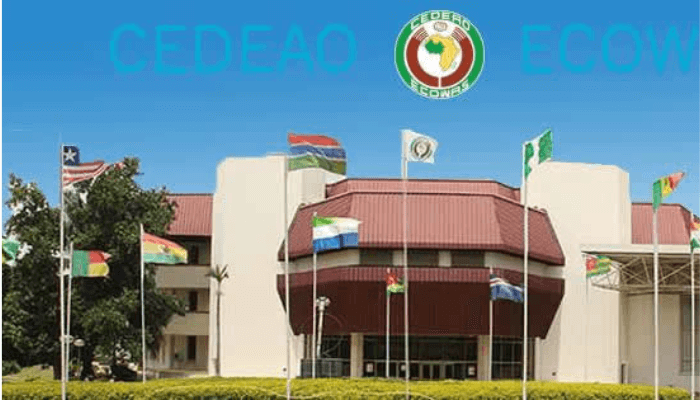 Lawmakers representing Nigeria at the ECOWAS Parliament have threatened to withdraw their membership following a breach of a resolution passed by the house to suspend all recruitment processes and other irregularities.

This is coming amid allegations of a lopsided recruitment exercise at the ECOWAS Parliament said to be skewed to serve the personal interest of member states, excluding Nigeria.

Some Nigerian lawmakers who spoke to journalists in Abuja said that during the 2022 first ordinary session of the parliament held from June 9, to July 3, 2022; a resolution was passed to suspend all recruitments. They said the decision was made following several reports of undue process and lopsidedness in the exercise, resolving that the exercise will be resumed following the outcome of the audit report.

The Nigerian lawmakers also cited the huge financial commitments which Nigeria makes to the body while relegating funding its internal security challenges.

They said there was no commensurate return on investment for Nigeria in ECOWAS for all the country has done and is doing for the region.

Idris Wase, deputy speaker, Nigeria House of Representatives, who is also the first deputy speaker of the ECOWAS Parliament, told newsmen that it has become imperative for Nigeria to review its membership of the bloc.

“If you are in a system and you are not getting the right results, where you are investing your money, it pays to walk out of the union.

“In a situation where we are having an infrastructural deficit and witnessing security challenges, why should we continue to invest our money where it will not benefit our country? Yes, we will pull out if we don’t get the desired result from this.”

According to Wase, the Nigerian constitution in Section 14 (4) provides that the composition of government shall be in a manner that it reflects the federal character.

“Now, we have people who possibly have one opportunity and they want to bring in their relatives, and their siblings against the larger interest of our community.

“Common judgement teaches us that when you have nations coming together, we should do the distribution in such a way that justice and fairness take the centre stage.

“If Nigeria had not asked for 60 percent benefit in ECOWAS before now, it must have been a mistake “because our benefit should be equivalent to our contribution and investment. And if that is not done and the little that we have in the system is being humiliated, we will not take it.

“From the National Assembly of Nigeria, we are also going to probe our minister of foreign affairs, the finance minister who is giving the money and the commissioner who is representing us at the commission.

“We will expose everybody from the Nigerian Parliament and sanctions will follow. We will sanction anybody found wanting in the process,” Wase said.

Also, Awaji-Inombek Abiante, Nigerian lawmaker representing Andoni/Opobo/Nkoro federal constituency in the House of Representatives, said, “The Speaker of ECOWAS Parliament is duty bound to respect the resolutions of parliament.

“If he does not respect the resolution of parliament, I wonder which parliament he is heading. So, it is left for him to answer where he stands.

Musa Nuhu, the Nigerian permanent representative to ECOWAS, had also written to the speaker of the ECOWAS Parliament, Sidie Tunis over the nepotistic employment scandal rocking ECOWAS.

The letter from Nuhu was dated July 20, 2022, and titled, “Formal complaint about unfair treatment and confirmation of staff at the ECOWAS parliament.”

Nuhu in his letter wrote, “I have the honour to refer to our verbal discussion on the above subject matter.

“And formally inform you that the attention of the Permanent Mission of Nigeria to the ECOWAS Commission has been drawn to a number of complaints by Nigerian staff working at the ECOWAS Parliament.

“The grievances border around stagnation and overlooking of staff already working in the parliament in favour of outsiders in the ongoing recruitment for divisional heads and professional staff.

“This action directly contravenes the recommendations of the 30th meeting of the ECOWAS Administrative and Finance Committee as well as the position of the council of ministers.

‘Which directed that internal candidates should be prioritised in filling existing vacancies in ECOWAS institutions, as recommended in the Staff Skills Audit Report.

“The speaker may kindly wish to note that the mission has examined the complaints of the staff of the parliament based on existing staff regulations.”

However, the secretary-general of the ECOWAS Parliament, John Azumah, from Ghana when contacted, said he was unaware of any audit report that talked about employment and promotion.

“I don’t know where they got that information from, but you know that on the floor of the parliament, you cannot stop them.