Nigerian engineers are doing a lot in designs, infrastructure space—Experts 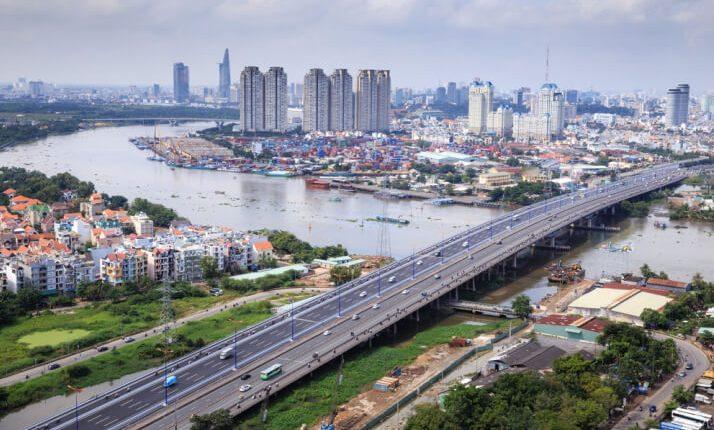 Nigerian engineers who play pivotal role in the country’s technology space are also doing a lot in projects designs and execution, housing and infrastructure development, experts have said.

Civil and structural engineers, particularly, have been involved in the development of iconic projects in the country. Most civil jobs like roads, bridges, high rise buildings, water/waste water facilities, etc have been designed and their construction supervised by Nigerian engineers.

The experts note that despite the feats the engineers have attained, for a developing country like Nigeria, expectation from them remain high. According to Ali Rabiu, President, Council for the Regulation of Engineering in Nigeria (COREN), “the attainment of Sustainable Development Goals (SDGs), depends on the production of sufficient engineering capacities to provide infrastructure and sustainable technology.”

Though Ndubuisi Ekekwe, founder of First Atlantic Semiconductors and Micro-electronics, believes that Nigeria has companies that can fix its challenges in the areas of transportation, electricity, water, and other infrastructure problems, Johnson Onoja, a civil engineer, has his concerns.

“The government does not provide enabling environment for the involvement of engineers in the contracts award; politicians hijack the process such that there is no due process,” Onoja said.

Continuing, he said, “Nigerian engineers lack the capacity to set up reputable companies due to the huge cost involved. Most civil jobs like roads, bridges, etc which are done by governments are given to expatriates because of benefits accruable through estacodes and commissions.”

He noted that some projects are given waivers, making their production abroad cheaper than local. He noted further that the exchange rate of the naira to the dollar makes it unprofitable for a Nigerian engineer to engage in any project that has foreign component.

MKO Balogun, an engineer and CEO, Global PFI, shares this view, adding that one of the challenges facing engineers in Nigeria is the control of pseudo professionals also called quacks and illegal contractors unlike other professions that have stringent controls.

Like Onoja who noted that the engineering institutions are not well standardized like other disciplines in Nigeria such that there is scarcity of raw materials and modern machines, Balogun also said that training institutions needed to be further equipped.

Funding, according to Damola Akindolire, managing director, Alpha Mead Construction Company, is a major problem faced by Nigerian engineers, explaining that “we have not been able to replicate the success of local content in the Oil & Gas industry into other sectors of the economy; so there is limited knowledge transfer and narrow practice.”

“There is very limited innovation in this part of the world,” he pointed out, adding that Nigeria barely funds research and doesn’t sponsor projects on a large scale such that there are limited inventions.

In spite of these limitations, engineers in the country have been challenged to develop innovations that could unleash an anticipated $3 trillion Gross Domestic Product (GDP) by 2030 in specific areas such as agriculture, technology, healthcare, education, and real estate.

At the second edition of lectures organised by the Nigerian Society of Engineers (NSE), Victoria Island Branch, where Ekekwe and Rabiu spoke, Governor Abdullahi Sule of of Nassarawa State, also an engineer, noted that that COVID-19 was having its impact on the engineering practice.

“Most of the buildings that we see in Nigeria today, especially public buildings, will continue to see cleanliness as you go in and out of those buildings. We have to incorporate that into our engineering designs. Now that we have seen the effects, we have to prepare for the future,” he advised.